Sanctions vs. Sanctions: Poking the Bear? 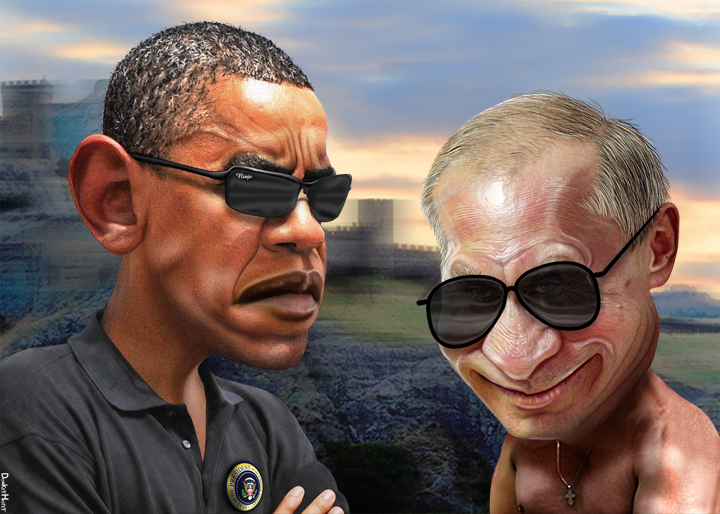 Poke a bear and he pokes you back. Putin raises his shoulders about Russia’s renewed sanctions against the West: “The government turned to me with an appeal,” he claims. Well okay, let’s not blame Putin for this one then.

Wednesday’s announcement of the extension of Russia’s ban against most food imports from the US, EU, Australia, Canada and Norway came only a few days after the EU announced that it would extend its sanctions against Russia because of their alleged involvement in East-Ukraine.  It also could have been a reaction to the US announcement on Tuesday, that they would deploy heavy weapons in central and eastern Europe. Even though NATO and EU officials keep stressing that they want to prevent a new arms race arising, it sure as hell looks like one.

“Sanctions affecting access to food are not something that the US or its allies would ever do.” David Cohen

Putin claims that his intentions are pure, that his country will not be a threat to the West and that his growing weapon arsenal is only meant to ensure a strategic balance in the region. The 40 new intercontinental ballistic missiles do make me feel quite safely balanced indeed. His program will cost approximately 400 billion US dollars, an amount that makes you question the EU  sanctions program. This was probably not the intended response.

On 17 March 2014 – more than a year ago – the EU decided to place the first sanctions on Russia (only travel bans and asset freezes at that time) following the illegal annexation of Crimea. Next, the G8 was downsized to the G7, keeping Russia away of the political stage, and Russia’s pending applications for the OECD and the International Energy Agency were suspended. Economic measures targeted Russian banks, energy companies and defense companies, prohibiting EU citizens from buying bonds from selected companies. Also, technology for military use or for oil exploration may no longer be exported to Russia. The EU has very specifically and carefully directed their sanctions on where the money really is and has prevented the ‘common people’  from being disproportionately hurt.

The 40 new Intercontinental Ballistic Missiles were probably not the intended response to Europe’s sanctions program.

Russia, however, has not decided to play the game in the same way – if you can’t win the game, change the rules. On 20 March 2014, three days after the EU issues its first sanctions, Russia started out with placing travel bans on US and Canadian officials. However, in August, Putin mandated a year-long import embargo on agricultural products from EU, US, Australian, Canadian or Norwegian origins, not just targeting government officials or the military, but aiming their sanctions at farmers and agricultural industry all over the West. US Treasury Spokesperson David Cohen stated that sanctions affecting access to food were “not something that the US or its allies would ever do”.

In this sanctions game, the underlying reason almost gets lost. Ukraine has found itself in an extremely complicated situation, filled with violence. New wounded or killed Ukrainians cover the newspapers daily. Ukraine officials claim that approximately 9000 Russian soldiers are now present in Eastern Ukraine, some even stating that the Russians directly attack Ukrainian targets.

In such a situation, it is hard to keep the moral high ground. To intervene or not to intervene. To sanction or not to sanction. But what we did learn, is that when you poke a bear, it will poke you back.