Uproar in the Internal Market 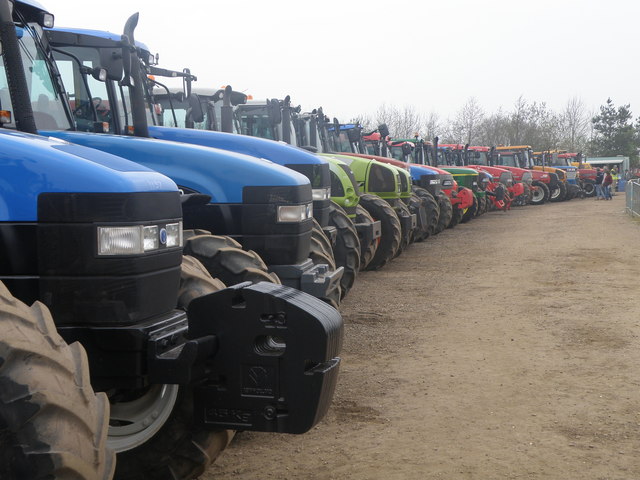 Whenever we discuss the evolvement of the European Union it does not take long until someone mentions the achievement of the four freedoms – free movement of goods, services, workers and capital. The trade within EU countries is unlimited and no discrimination must be made between the several countries of origin. I was surprised when I recently heard that French farmers blockaded main routes to France, stopped trucks coming from Germany and Spain and controlled the load.

The farmers were looking for agricultural goods which were intended to be processed or sold in France. The reasons for this mixture of illegitimate control and protest are feelings of frustration and fears of being squeezed out of the French market. But how can this be, that the French agricultural sector is so upset about German and Spanish imports?

In fact there are several reasons for the French anger which relates to the agricultural crisis. The FDSEA, the French Union of Agricultural Producers mentions the (temporal?) losses of exports due to the crisis in Greece and the sanctions against Russia, because both countries would consume a lot a structural distortion of competition within the meat production since Germany would exploit the workers coming from the East and dump the prices by the massive industrial livestock farming. Furthermore, the farmers decry the practice of carrying livestock all over Europe from Eastern countries with low production costs to special regions like Bretagne or Auvergne in order to get an alleged seal of quality because then the meat is “processed in France”. Finally the farmers blame the retail industry for purchaising cheaper meat from Spain or Germany instead of regional French meat.
Altogether these reasons lead to the uproar of the French farmers. The ongoing protest and blockades throughout the last weeks led to talks between the stakeholders and representatives from the ministry for agriculture last week and it was decided to raise the minimum prices for milk and meat. But however the FDSEA is not happy yet and argues that the fundamental problems, which led to the crisis remain unsolved.

We have the duty to consume products produced in our own country.

In this situation this quote by Hollande and the idea of a huge PR campaign to promote the consumption of national food seems rather simple-hearted and desultorily. In fact, the political leaders, who also promised tax relief and increased wage for the agricultural sector, are in a dilemma because, as mentioned before, a better treatment of national producers or a limitation of foreign products in not possible. It is know that the agricultural lobby has big influence, especially in France, and do not even restrain from arbitrary blockades of borders by themselves.

The blockade of German or Spanish imports at the French border is highly problematic. First and foremost it is against the European agreements of free trade within the EU. The claims brought up by the FDSEA, are understandable but demand bigger solutions like agreements on a European level or at least on a bilateral level. The blockade and control of goods at the French border by upset farmers is not just a desperate way of inefficient self-justice but this behaviour also leads to negative repercussions for French exports and is an avoidable strain on Franco-German relations. On the other hand, it is only logical that the farmers use their power to bring forward their demands. Even more, if the blockades are supported by the majority of the population. This again is hypocritical because, as always, in the end it is the consumer’s decision to consume regional, organ or industrial, German, French or Polish meat. Of course only as long, as the labelling is correct.