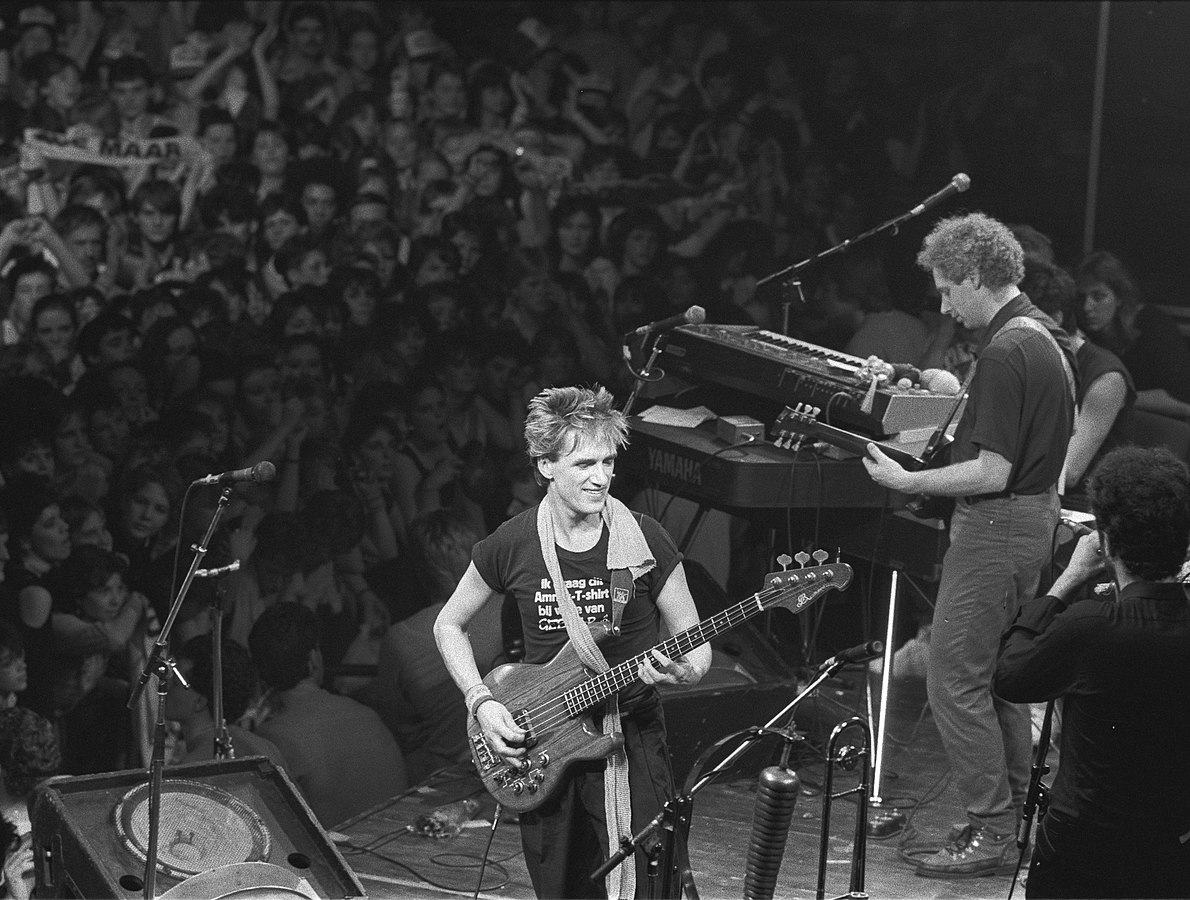 I had the pleasure of watching the documentary Searching for Sugar Man last week. A movie that focuses on the life of the biggest rock icon America has never had. Despite a promising start of his career, his first albums flopped and he dropped out of the music business. But through a most ironic twist of fate he ended up becoming a cult hero in apartheid-era South Africa, where his songs inspired young musicians to create their own anti-apartheid sound. This got me thinking about the popular music scene of today, which seems to be void of the anti-establishment protests songs that found a mass audience in the 60’s 70’s and 80’s.

Back in those decades, songs about war and injustice were staples of pop-culture. Not just in the United States – where Phil Ochs, Pete Seeger and Bob Dylan were massively popular -, but also in for example the Netherlands with Boudewijn de Groot, Klein Orkest and Doe Maar. And don’t forget Barry McGuire’s “Eve of Destruction”, an apocalyptic soulful country song that hit #1 on the Billboard charts in 1965 and contains references to nuclear war, Red China, the Arab-Israeli conflict, and congressional fecklessness.

During the Vietnam War, protest songs became an integral part of public opinion around the world. Citizens all over the world shared the sentiments in the songs by John Lennon (Imagine), Billy Joel (Goodnight Saigon), Bruce Springsteen (Born in the USA) and my personal favourite: “I Feel Like I’m Fixin to Die Rag” by Country Joe and the Fish. I would love to share all the lyrics with you, but I’ll settle for a couple of rhymes.

Well, come on generals, let’s move fast;
Your big chance has come at last.
Gotta go out and get those reds;
The only good commie is the one who’s dead.
And you know that peace can only be won;
When we’ve blown ’em all to kingdom come.

Given the still politically turbulent times we live in, should we not expect more of these types of songs to be in the Billboard charts?  There are none. Why? It might be because there’s no military draft, so anti-war songs don’t hit home with some young people who serve even though they don’t want to. It might be because the digital revolution has fragmented the audiences, so that it’s harder for any artist to write something with broad appeal and a political message. You still get political messages in certain genres -rap, hip hop, indie/folk – but nobody commands a platform as large as Pink Floyd, the Beatles, or even Creedence Clearwater did back in the days when AM and FM radio were the main distribution channels. Of course there are still some collab songs to raise money for humanitarian aid, but I personally find those to be more cringe-worthy than moving. Maybe our taste in music is changing, in that the majority of young people prefer beats over lyrics -think of the popularity of this song-. Or maybe it’s just demographics: the anti-establishment movement of the 1960s was fueled by the sheer size of the baby boomer bulge.

Maybe it’s nothing we should care about. There are other ways through which we can speak up to the people in power, and I guess no one is expecting a follow up to the “YES WE CAN” song.