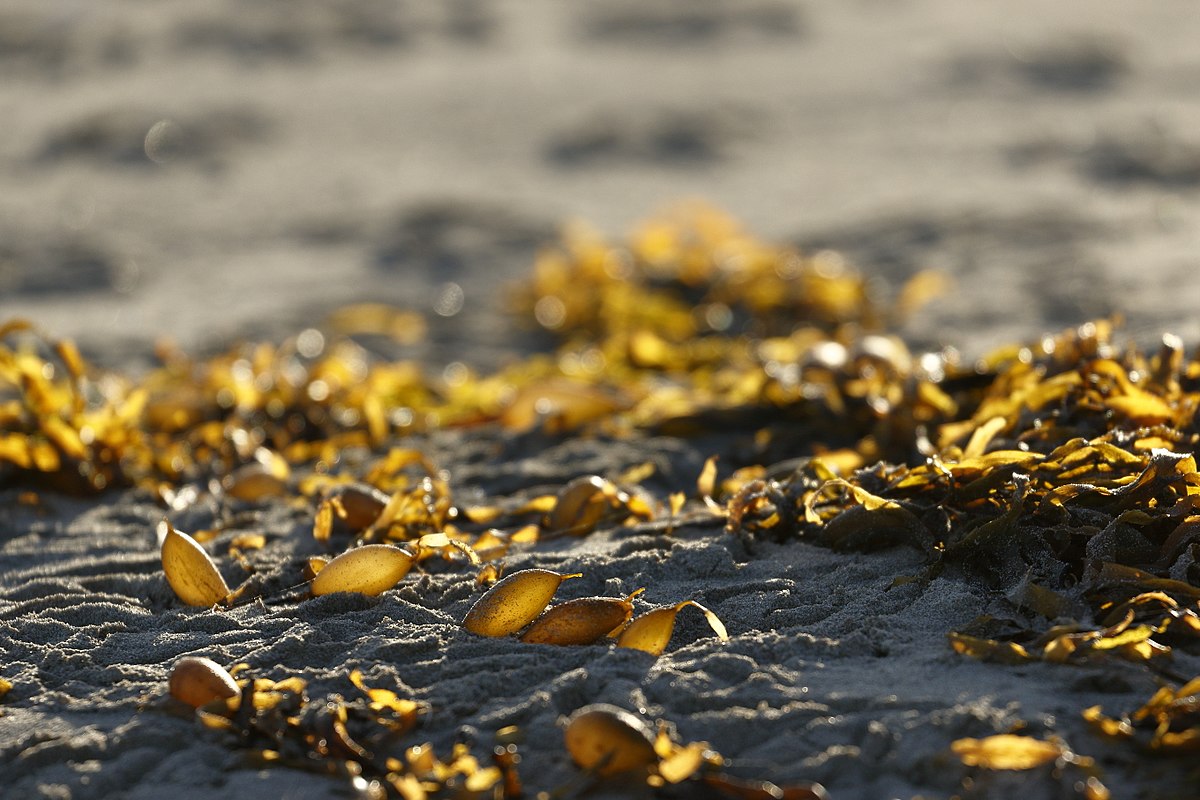 A recent small-scale study in Norway, Scotland and Ireland revealed that seaweed could start playing a major role in our energy production. Dutch scientists got all excited and even started calling the Netherlands the “new Saudi Arabia of the Seaweed!”. Within only 5 years, seaweed could compete with the total amount of energy that windmills produce, it cleans harmful substances out of the water and does not compete for soil with food production. Sounds like a dream, right?

Seaweed, part of the algae family, has been processed into energy for some time now. So nothing new you could say. It can be converted into biofuels. The project in the North Sea, however, focused on the harvesting part of the process. Traditional harvesting techniques still imply the use of ropes and nets, resulting in a very low efficiency and profitability.  Scientists developed a new way of growing the seaweed: on specially designed mats, streamlining the cultivation and the harvesting process and skyrocketing efficiency and profitability.

With an increasing share of wind and solar energy on our grids, we run into problems of regulating this specific type of energy production. Until we develop sufficient energy-storage capacity, we need to carefully balance production and consumption. That would always require our energy industry to have a flexible factor in its production. Traditionally, this factor was firmly represented by fossil fuels. Biofuels produced from seaweed could be an alternative. It is relatively flexible, renewable and relatively clean. The production of biofuels still causes some pollution, but not nearly as much as fossil fuels. (Read more about this here)

Traditional harvesting techniques still imply the use of ropes and nets,

However, many remain sceptic. The tests in the North Sea have only taken place on a very small scale. Upscaling a project like this would inevitably reveal certain hick-ups in the process: diseases, unintended side-effects on for example waterways and organic life. Then there is the food or fuel debate: even though the production does not use up any land to compete for soil with the food industry, seaweed itself is increasingly popular as food in East Asian countries. If an international market with large-scale production of seaweed was set up, that might affect their commodity prices.

The tests look very promising but are definitely not the final solution for the struggles of the global energy market. Still, seaweed could prove to be a very valuable addition to our production mix, as a renewable source, a grid-balancer and diversification factor. In ten years our North Sea could contain an efficient mix of off-shore windmills and seaweed mats underwater – the Saudi Arabia of Seaweed. Time will tell.