How Martin Luther King Almost Didn’t Have a Dream 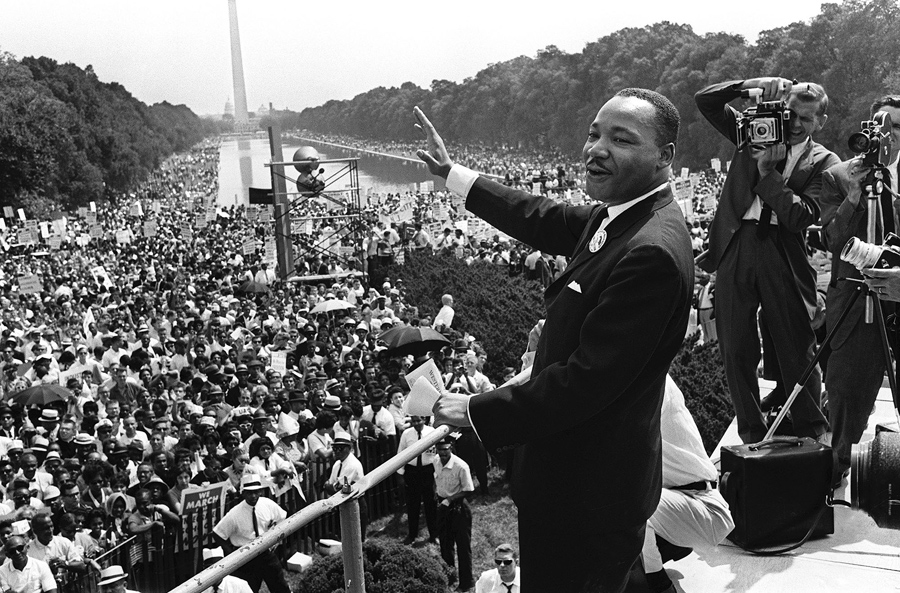 Martin Luther King, Jr., the man whose dream we’re all familiar with, became known as one of the world’s greatest orators because of the “I Have a Dream” refrain of the speech he delivered during the 1963 March on Washington. He however didn’t plan to use those famous four words in his speech that day. Gary Younge reveals what happened in his book The Speech: The Story Behind Martin Luther King’s Dream.

As Younge narrates, when King sought assistance from his crew on composing the his speech the night before the March, one of his advisers, Wyatt Walker, told him: “Don’t use the lines about ‘I have a dream,’ It’s cliché. You’ve already used it too many times.”. And a cliché wouldn’t do, as King wanted to make a memorable impression at the event. King had not given many speeches outside the black church and the Civil Rights Movement up to that date. Now, despite the fact that political marches in Washington were not common in 1963, there were high hopes for 100,000 attendants to the March (the eventual turn-up was 250,000). Also, three big television networks would be reporting on the March live. All of this made the March a golden opportunity to make a mark on national politics, outside King’s usual scene. After trying to come up with the perfect speech with his advisers, King left them at nighttime to put the final touches to the speech himself. According to Younge, King finished the set-up around midnight, then wrote out the entire speech and went to bed around 4am. The “I have a dream” refrain had not made it to the final draft.

The next morning after a short night’s sleep, King had a lot of errands to run, however he still found time to make adjustments to the speech. When he eventually climbed on the stage, the draft was full of crossings out and scribbles. The circumstances were not ideal as speaker time was limited to five minutes and the weather did not make it easy for the attendants to keep their attention on the speakers, as it was hot and humid. King was one of the last speakers in the line-up. When his time to speak had come, he stuck close to his prepared text. As the end of the speech drew near, it was clear that it was falling short. “It was not nearly as powerful as many I had heard him make,” reported John Lewis, the leader of the student wing of the Civil Rights Movement. Then, as King moved towards his final words, Mahalia Jackson, King’s favorite gospel singer, cried out to him: “Tell them about the dream, Martin!”. This is when King set his prepared text to his left and began: “So even though we face the difficulties of today and tomorrow, I still have a dream.”

“Aw, shit,” Walker, the adviser, said. “He’s using the dream.” As we know now, ‘shit’ was not the right word for it. Despite King’s preparation, the part of the speech that earned him his fame was spontaneously added at the last moment. This impulsive move is what made King’s words ring in our ears until this day. The speech now is seen as one of the greatest in history.