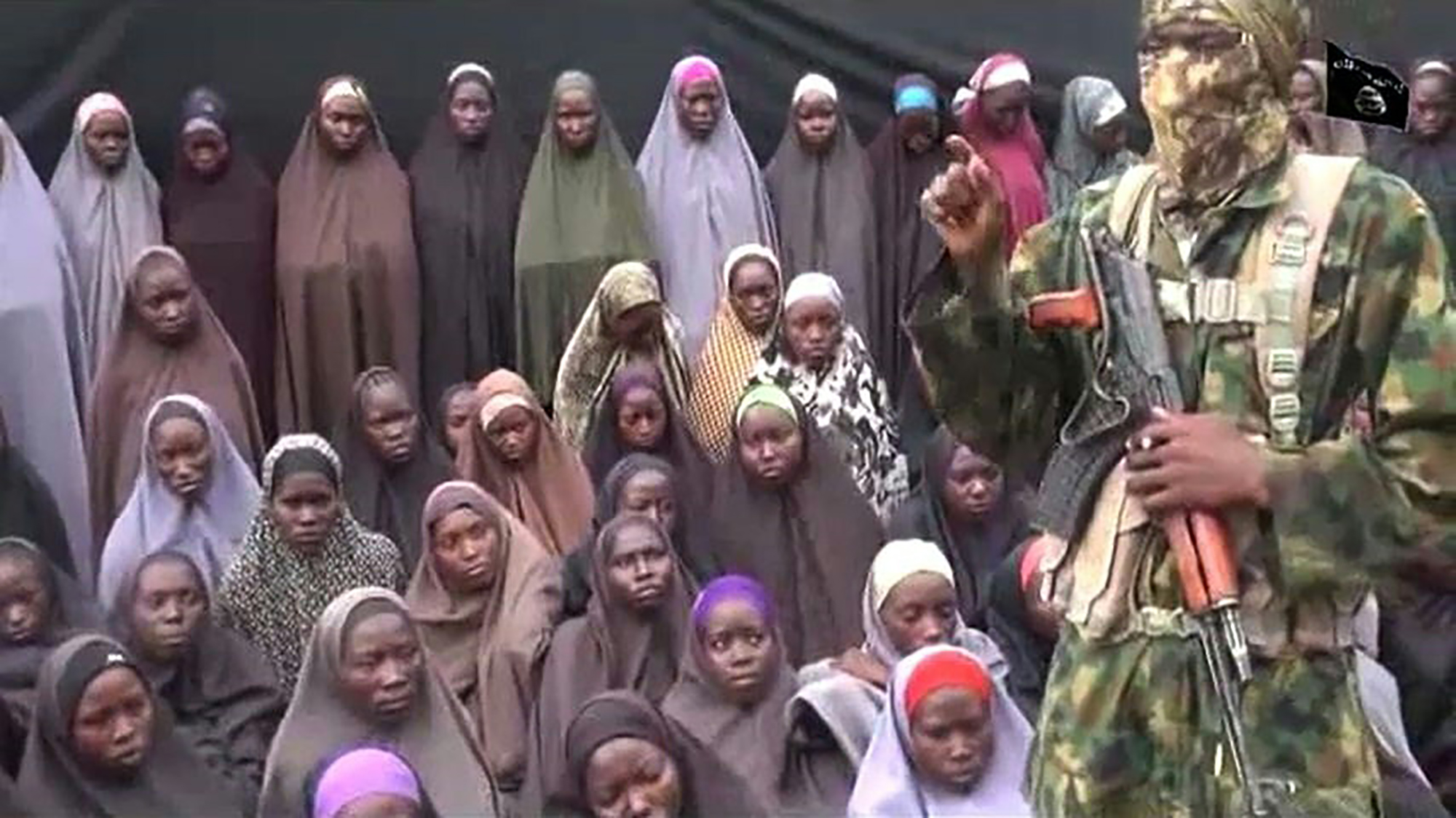 Boko Haram is a Nigerian Sunni-Muslim terror organization established in 2002 after a long time of conflicts during the decolonization process in Nigeria. It focuses on the strict application of Sharia law throughout the country, and opposes any form of Western ideology. First off, it was a response of multiple classes in society towards the elite that profited excessively from the decolonization process. Later, in 2009, the organization radicalized into a Salafist-jihadi group, and aimed towards the establishment of an Islamic State in West-Africa. In this role, it compared itself with the Taliban in Afghanistan. Its main aim since then has been to tackle any Western education that is being followed in Nigerian schools. Also other Western traits such as cultural, religious and academic influences are intended to be destroyed by Boko Haram.

From 2009 onwards, Boko Haram started working more professionally. It organized massive killings, mainly through bombings and regular offensives. Every year since then, hundreds of deaths have been caused by bombings carried out by Boko Haram. In 2011, for instance, over 900 people were killed by bombings and massacres. In 2014, the amount of attacks excessively exacerbated, mainly due to its cooperation with another Sunni-Muslim terror organization, ISIS. The providing of weapons by ISIS led to a shift in fighting methods by Boko Haram. Instead of just bombing and creating great chaos throughout the country, Boko Haram started conquering pieces of northern Nigerian land to establish its own law and order. Its main goals, creating a West-African Islamic State, destroying Western education, killing Christians and non-religious people, and overthrowing the Nigerian government, could be more successfully achieved this way. Effectively, over 10,000 deaths are to be linked towards Boko Haram since 2014.

Even though horrific attacks are being carried out by Boko Haram on a monthly basis since 2009, media coverage of the attacks has been insufficient, which is due to multiple reasons. First, the lack of footage leads to a world where these attacks don’t seem to occur. Journalists have been extremely cautious to visit the northern part of Nigeria, where many attacks of Boko Haram have occurred throughout the past years. Therefore, bomb attacks are reported to the world, but not showed. This leads to a very different perception of the attacks. Nevertheless, journalists don’t travel to Syria anymore either, but Syria is almost daily in the Western headlines. Even though the numbers of killings in Syria are incomparable with the ones in Nigeria, the lack of news coverage maintains remarkable. But, as former ambassador John Campbell claims, the Nigerian government has undermined the dangerous situation for a long time as well. “For most people in the southern parts of Nigeria [the commercial part], the north is seen as remote.”

Even more, Boko Haram was somewhat unknown until it received worldwide attention when it kidnapped over 200 schoolgirls in the town of Chibok on April 15th, 2014 (widely known as the Chibok kidnapping). Militants of Boko Haram broke into the school claiming to be guards, and led the girls out of the building. They transported them in trucks to camps elsewhere in the country, where part of them is still being detained as of today. Kidnappings had become, next to the destruction of Western education and the conquer of land, one of the new tactical ways of establishing an Islamic State. As Boko Haram believes, women should not be educated and should be married as early as possible, pleasing their husbands during their fight for the greater good. The kidnap and the failure of finding the girls also painfully exposed the incapability of the Nigerian Army to fight Boko Haram adequately.

Soon after the kidnap, footage of the schoolgirls was released by Boko Haram. In May 2014, Boko Haram’s leader Abubakar Shekau took responsibility for the kidnap through a video message. Rumours that had been widely spread during the period after the kidnap were confirmed by him. The schoolgirls were forced to become slaves and convert to the Islam, and they were finally sold as brides to other members of Boko Haram, for prices around $6 each. These claims gathered strength when Human Rights Watch (HRW) released a report in October 2014, based on interviews with several women that had successfully escaped Boko Haram’s territory after being kidnapped. According to the report, some women are forced to work in the household under extreme conditions, although other women are unluckier and are forced to help along at the front lines. Girls at ages far below 18, are forced to marry other members, which subsequently leads to frequent rapes. HRW also argued that child soldiers are employed to fight against the Nigerian Army.

After this video statement, a long quiet period revealed. No signs of life of the girls were exposed by Boko Haram. However, there was no silence in Nigeria itself. Boko Haram kept carrying out bombings, massacres, and thousands of people were displaced from their original homes. The achievement of their key ideal, cutting all the lines from Western education to Nigerian children, seemed closer than ever in the beginning of 2016. Especially in the traditionally poorer northern parts of Nigeria, where Boko Haram had conquered substantial parts since 2014, education had almost entirely disappeared. Not only Boko Haram had been a threat for schools. The Nigerian Army, in their battle against the terror organization, often used schools as accommodation. In the poor northern part of Nigeria, these residences were generally the only buildings with proper facilities such as toilets and kitchens.

In April 2016, two years after the kidnap, Boko Haram published a new video of the schoolgirls. Fifteen of them were visible, and they seemed to be well-fed and not distressed. Concerns rose that these girls already had accustomed themselves to the lives that Boko Haram had forced them into.

Though, in the second part of 2016, the Nigerian Army slowly started to overcome Boko Haram’s pressure. It gained back control over significant parts of the north. Claims of attacks against schools seemed to be decreasing, but scepticism maintained. “It seems like the occurrence of school attacks has been stopped, but children simply don’t go to school anymore”, stated Nigerian Mausi Segun, employee of HRW in May 2016. “It’s actually plausible to say that Boko Haram has succeeded to fulfil its main command, the shutdown of education. (…) However, Boko Haram has been too ambitious, and is retreating as we speak. (…) The Nigerian Army has reconquered great areas that had been under control of Boko Haram for a long time, but that doesn’t mean the government has control over these areas yet.”

Next to the amateurism of Boko Haram (it is in no way comparable to the professionalism of ISIS), an intern power struggle was one of the core reasons of the decreasing power of the organization. Chief leader Shekau was distrusted by ISIS, which in turn appointed another leader itself. This leader, Abu Musab al-Barnawi, had different thoughts on how to pursue their common ideology. The key difference was that Shekau wanted to bomb every possible target, including mosques and Muslims, whereas Al-Barnawi wanted to protect the Muslims in Nigeria. Remarkably, most victims of Boko Haram under the leadership of Shekau were Muslim. Therefore, Al-Barnawi focused on Christian and non-religious targets. A split inside of Boko Haram was the logical effect. A welcoming circumstance for the new leader of Nigeria, Muhammadu Buhari, who was elected in May 2015. Under his leadership, the Nigerian Army has largely gotten rid of corruption. Also, it has been trained to fight much more effectively. Subsequently, Boko Haram has started withdrawing ever since.

In October 2016, 21 more girls of the Chibok kidnapping were released. Still, a substantial part, even though exact numbers are unclear, is still under captivity under Boko Haram. The division of the girls under both leaders of Boko Haram makes the situation even more complicated. Rumours also have it that some girls are reluctant to return to their homes, because of brainwashes, or because they are afraid of being stigmatized by their home community. In December 2016, president Buhari stated that in a rapid but enormous offense of the Nigerian Army, great amounts of Boko Haram’s bases have been destroyed, and its members have fled. However, he claims, the combat must continue to get rid of the complete organization. Girls of the Chibok kidnap have not been found during this operation, but a solution seems closer than ever. Nevertheless, as stated by HRW and UNICEF, concerns need to be raised rapidly about the humanitarian situation in Nigeria momentarily. Millions of people that live in the areas formerly controlled by Boko Haram are heavily underfed, and a humanitarian crisis is nearby. The chapter has not ended yet.