How Democratic Debate Suffers Under Self-Censorship 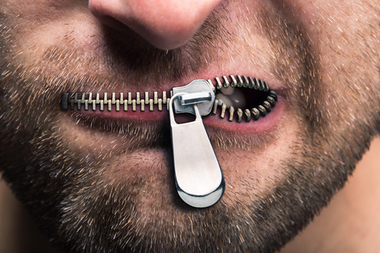 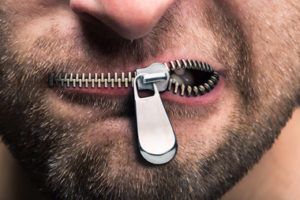 Maybe you even shake your head a little or roll your eyes at the perceived stupidity of what you just read. But you do not stop to correct it or to voice your opinion how you might have done had you been talking to that person. And sometimes you are so outraged by what you have just read that you actually start typing a comment or a post – but in the last minute before posting it, you read it again, delete it and decide it is not worth the hassle.

This phenomenon is called self-censorship whereby you prevent yourself from speaking and according to studies, a good 70% of Facebook (or other social media users) engage in it. This may have various reasons. If a post is especially controversial people might refrain from posting it out of fear of backlash. So for example, if you know that most of your Facebook friends are rather leftist, environmentally conscious people, you do not necessarily want to share your belief of the economic viability of atomic power plants. If you have more friends from more ethnically and politically diverse backgrounds, you might feel more encouraged to voice your opinion online as there is in general more commotion and exchange between different opinions.

However, there are other factors that influence whether we post something. Sometimes it can be that people are afraid of voicing a nuanced opinion on a controversial topic as the internet is not necessarily known for engaging in a careful, critical but still respectful manner with the opinions of others. Oftentimes statements are presented in the wrong context, nuances are lost and you are accused of being a Nazi simply because you initially criticized the way how your country has dealt with the integration of the huge influx of refugees over the last years.

This leads to a groupthink dynamic on social media where we only state opinions or arguments that we feel resonate with a large group of our friends – or we refrain from liking, posting or commenting on anything other than dog videos and student exam week memes. 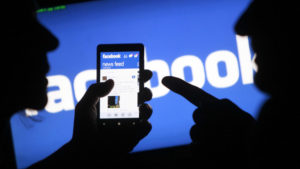 However, this can be detrimental to a democratic society. In the case that you only post information that you know will be well received by your online audience, you help to create social bubbles that basically impede any form of engagement with content that is not tailored to your worldview already. Where there is no friction in content, there is no critical engagement with it. Nonetheless, actively self-censoring yourself might even be more detrimental to democracies. If you do not even participate in the debate – even if it might be one where you feel much at home because most people support your argument – you take over the job of what usually repressive governments and dictators do. You silence yourself.

Winston Churchill once said: “The best argument against democracy is a five-minute conversation with the average voter.” Although of course meant in a humourous manner, it is still worth to think about that such five-minute conversations might be exactly what we need in a world that becomes more and more polarized. Maybe it is time to stop censoring what you want to say, voice your opinion and then engage with the feedback of others. Now I do not advocate discussing racist or sexist remarks of trolls, but rather try and engage in high-quality discussions with people you are connected with in your social networks. Write the comment under aunt’s statement using proof that vaccines saved the lives of million. Voice your opinion against the lies of politicians. Clarify to your friend where the article about Nicaragua went wrong.

As more and more political and societal engagement takes place in the online world, we all need to learn forms of keeping a vivid, respectful discussion alive on social media platforms in order to keep our democracies alive and kicking as well.