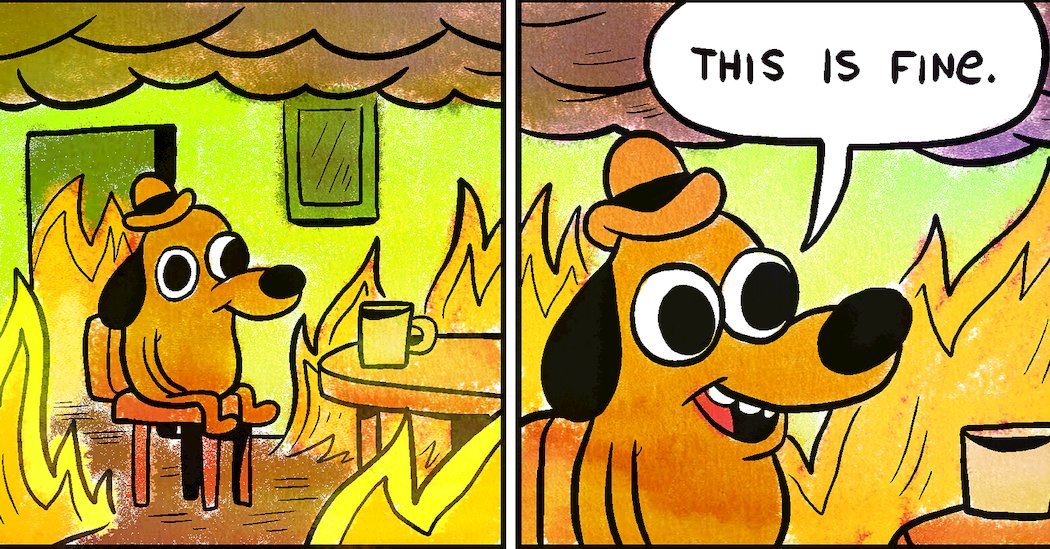 In his 1976 bestseller, The Selfish Gene, evolutionary biologist Richard Dawkins coined the term “meme”, ascribing it to any idea, behavior or style that spreads from person to person within a culture. In October 1994, Mike Goodwin applied this notion to the new phenomenon of the Internet in an article written for the magazine Wired. The term has since been hijacked by the Internet, with their ubiquitous presence on message boards and Facebook feeds. Memes have existed far before the term itself was coined however. During the Second World War, an iconic piece of graffiti known as “Kilroy” traveled the world in a fashion remarkably similar to that of modern Internet memes. Often accompanied by a text reading, “Kilroy was here”, it would crop up wherever American GIs went. The spread of popular ideas is a phenomenon that always existed, but the medium through which have spread has changed with the introduction of new technologies and innovations.

Political cartoons have long been a medium through which editorial commentary could be relayed. Through a combination of artistic skill, hyperbole, and satire, opinions and criticisms on social ills, authority, and general political discourse could be voiced. Perhaps one of the most prominent political cartoonists was Thomas Nast, a German-born American who wielded significant influence as an artist in the nineteenth century. His drawings were instrumental in the downfall of William M. Tweed and his ring of influence acquired through political corruption. Widely known as “Boss Tweed”, he was a notable operator of Tammany Hall, the Democratic Party political machine that played a major role in the politics of New York City and New York State in the nineteenth century.

Additionally, he voiced his perspectives on social ills, advocating the abolition of slavery, opposing racial segregation, and deploring the violence of the Ku Klux Klan. He played a major role in the elections of Abraham Lincoln and Ulysses S. Grant to the presidency. Nast is also credited with the creation of the elephant as the symbol of the Republican Party, and with the popularization of the donkey as the symbol of the Democratic Party, as well as Columbia as the female personification of American values and Uncle Sam as the male personification of the American people. The traditions embodied by Nast’s drawings in the pages of Harper’s Weekly can be seen in the eras preceding and following him, from Benjamin Franklin’s “Join, or Die” cartoon to David Low’s “Rendezvous” cartoon. The common thread here is that in order to gain prominence access to a wide audience, they were reliant on the prevalent media of the time –  namely print magazines or newspapers.

With the advent of the internet, the editorial process has become increasingly democratized. Just as social media spawned a new generation of bloggers and citizen journalists, the meme is emerging as an alternative to the politcal cartoon. While creating a political cartoon takes some level of artistic prowess, a meme can be created by virtually anybody with access to a computer and the Internet. This, in combination with the rapid fashion in which information and images are disseminated, creates a visual environment for Internet memes to be created and shared. While memes may serve a similar satirical purpose as political cartoons do, they differ in this one critical aspect – the speed at which memes can be repurposed and shared. The risk of this democratization is that facts are not necessarily always taken into account by individuals creating these political Internet memes. This is not to say that politcal cartoons published in editorial format will no longer hold sway – one only needs to look at the actions that followed the publication of the cartoon of the prophet Mohammed in the French satirical magazine Charlie Hebdo in 2015. However, from Brexit to the 2016 presidential election in the United States and everywhere in between, political Internet memes have become a medium through which many can voice their opinions and criticisms in a quick humorous format. There is a common thread between political cartoons and modern political Internet memes, as Professor David P. Marshall, Professor and Personal Chair in New Media, Communication and Cultural Studies at Deakin University in Australia argued, “[There] is a pattern of the relationship to politics that has always been there in democracies. [Humor] and comedy are always ways in which – no matter whether you’re living in a very oppressive regime or a democratic regime – people can connect without committing themselves to a full-on opinion.” In an era of political turbulence, Internet memes serve as an outlet for individuals to express their views and voice their opinions in a rather tongue-in-cheek fashion.

While some may continue to view political memes published on the Internet as frivolous and lacking the depth of politcal cartoons, “[one] only needs to look at the fact, as asserted by Professor Marshall, “that Hillary Clinton commissioned someone specifically to create memes around her campaign to [realize] that memes wield a great deal of power.”