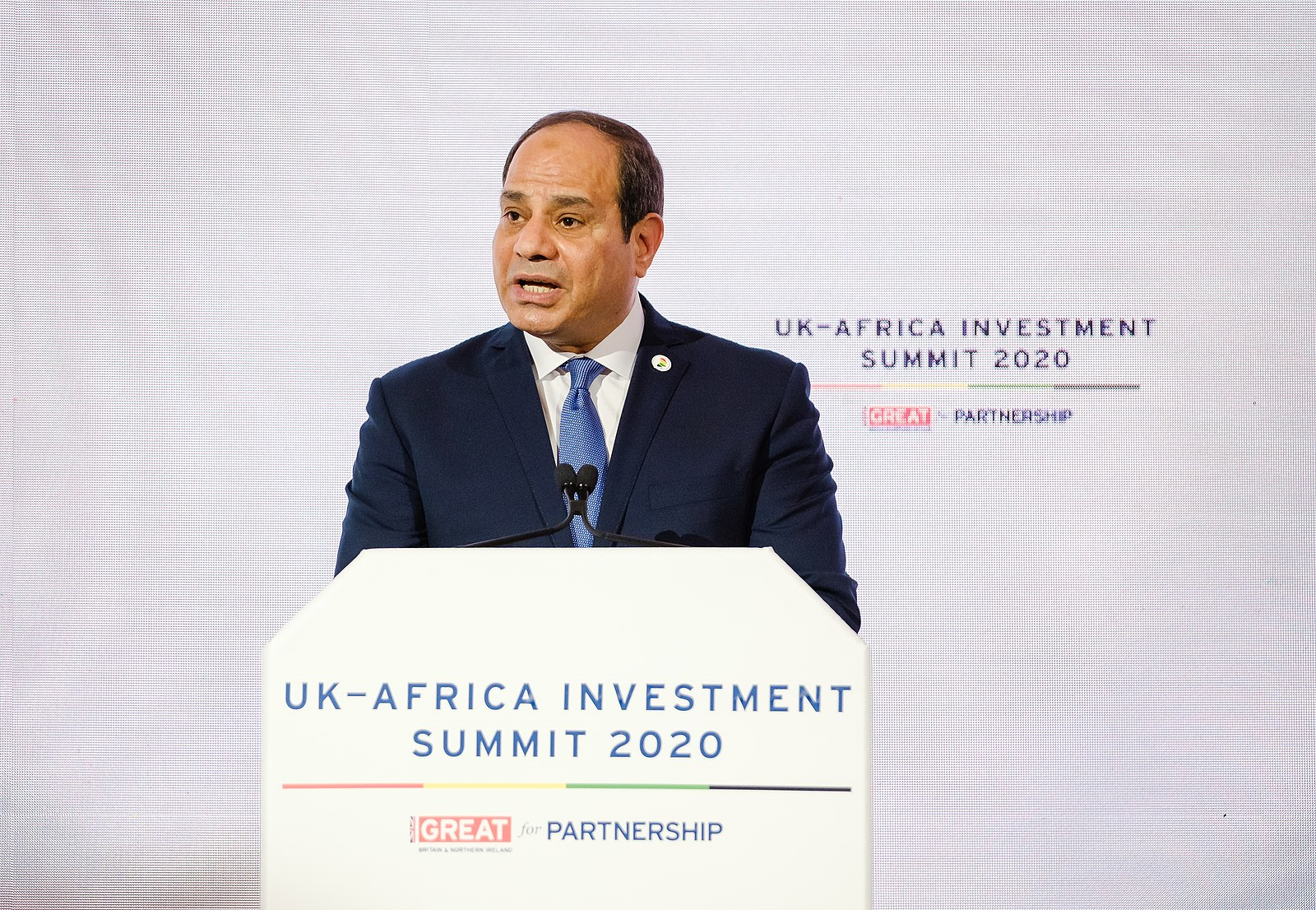 The Egyptian election is due to be held at the end of this month. Ostensibly a “democratic” contest, the incumbent President Abdel Fattah al-Sisi is widely expected to win a second four-year term in office, especially now that any serious rivals have dropped out the race, replaced with a candidate who up until recently campaigned for Al-Sisi’s party.

Initially, various serious challengers to Al-Sisi’s strongman presidency offered a brief ray of hope, with human rights lawyer Khaled Ali and MP Anwar Essmat Sadat leading the charge. Unfortunately, both have met their political end during this election. Khaled Ali has been hampered by charges of “public indecency” that are likely to translate into a prison sentence and Sadat has remained largely out of the spotlight, having darkly hinted that the March 2018 election is something less than a fair contest. Even the military figure Sami Anan has been brought down by his arrest for seeking election “without the army’s approval.” While the 2011 revolution brought widespread optimism in Egypt, the March 2018 election might all but cancel this out whilst rubber-stamping Al-Sisi’s rule.

All the hopes of Egypt’s embattled opposition now hinge on the victory of Mousa Mostafa Mousa, leader of the centrist but crucially pro-government Ghad Party. He submitted his candidacy papers just minutes before the deadline and has a policy programme which essentially translates as “Al-Sisi knows best.”

Al-Sisi’s bloodstained rule started in 2014 with the ousting of the Muslim Brotherhood President Mohammed Morsi. Though elected democratically, Morsi had attempted to rush emergency constitutional powers through the Islamist-dominated parliament, resulting in wide scale protests borne by the inimitable tide of the “Arab Spring.” The protests against Morsi, capitalized upon by al-Sisi were, among other reasons, a reaction to growing authoritarianism within North Africa and the near-Middle East that began with the general power hoarding of Turkish President Reccep Tayyip Erdogan. Wary of the iron rule of Hosni Mubarak, and his forerunners Anwar el-Sadat and Gamal Abdel Nasser, the Egyptian protestors in Tahrir Square could hardly have expected another military strongman to assume power. Buoyed by the decision of al-Sisi to assume a Minister of Defence position in the short-lived Adly Mansour administration, it seemed that Egypt might have been turning a corner.

Official Egyptian government figures put the scale of al-Sisi’s success in 2014 at ninety-seven percent over his populist (in name only) rival Hamdeen Sabahi. Al-Sisi is considered to be a moderate pillar of stability in North Africa by the European Union, the United States and the United Nations; who have held their noses at his massacre of journalists, Morsi-supporters and outright banning of the Muslim Brotherhood in 2014. Not for nothing has Amnesty International referred to the al-Sisi regime as being responsible for “the largest single batch of simultaneous death sentences we’ve seen in recent years, not just in Egypt but anywhere in the world” when it sentenced 500 Brotherhood supporters to death in 2015. Not forgetting that in many other parts of the world the Muslim Brotherhood is regarded as a rather dangerous political Islamist group, the crushing of the main opposition in Egyptian politics is not something to be overlooked for support against IS in the Sinai desert and indeed Syria.

Last week Al-Sisi declared at the opening of a gas field that “I fear no one but God.” He certainly doesn’t fear political competition, though this is perhaps an example of his omniscience of Egyptian politics. The March 2018 election seems a foregone conclusion before the campaign has even begun.

Thomas Ansell is from London, United Kingdom and is currently pursuing his Master’s Degree in Conflict, Religion and Globalization at the University of Groningen.