Rights and the Rohingya 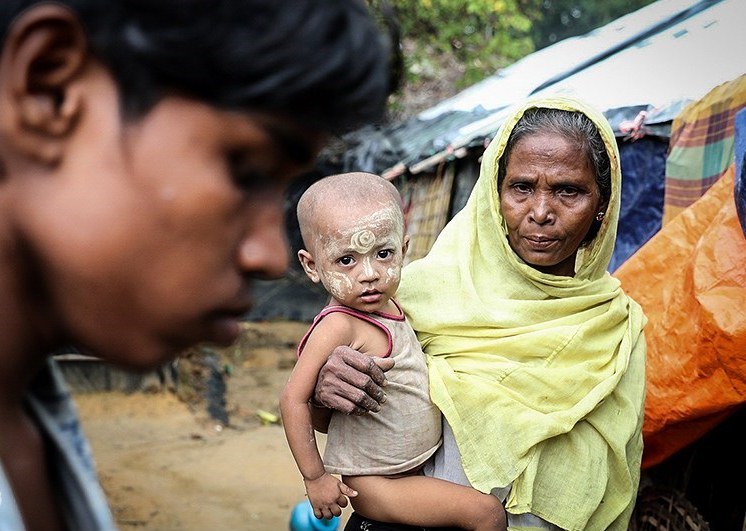 As the Universal Declaration of Human Rights promisingly formulates, “All human beings are born free and equal in dignity and rights.” The assumption that ‘human rights’ would apply to every human being follows directly from this reasoning. It is however important to clarify that human rights are merely applicable to citizens in relation to a state. This social contract therefore automatically excludes over 10 million non-citizens worldwide. An example of non-citizens is the Rohingya people. Rohingya are a Muslim ethnic minority, situated primarily in Myanmar‘s western Rakhine State and are estimated at 1 million people. For over six generations the Rohingya have been a stateless group of people, since Myanmar denied citizenship to this ethnic minority. As a result of the statelessness of the Rohingya, the people are restricted from freedom of movement, state education and civil service jobs. In stark contrast to the living conditions of the Rohingya, we find the origin of human rights as born in the French Revolution out of values such as dignity and equality. The question that subsequently arises asks whether the absence of citizenship means a total absence of rights. This article explores both the practical and theoretical implications of this mentioned paradoxicality.

Non-citizens face a large gap between the rights that international human rights law guarantees to them and reality. In many countries, there are institutional and pervasive problems confronting non-citizens. The contradiction of rights discourse is that, despite its proclamations of universality, rights are enjoyed only within the context of a particular community. The ambiguity of institutionalized human rights makes them hard to deal with in reality. A lack of political and economic rights simultaneously mean that one has no legitimate chance to build a proper life. The Rohingya people, as way of example, have no chance to engage with education and employment since the bureaucratic system will stand in the way of this development.

Contrary to the argument put forward before, the United Nations appear to have acted in confirming the rights of non-citizens. These rights are adopted in The Declaration of Rights of Non-Citizens by the United Nations. This Declaration provides non-citizens with rights such as freedom of religion and belief and social, cultural and economic rights. Even though non-citizens do have legal rights, these rights are not always practically accomplished. As the Introduction of the Declaration Human Rights of Non-citizens formulates, “For non-citizens, there is, nevertheless, a large gap between the rights that international human rights law guarantees to them and the realities that they face. In many countries, there are institutional and pervasive problems confronting non-citizens.”  Through the inclusion of this quotation, the United Nations acknowledge the practical difficulties the non-citizens, but also the regarding states, may face. In short, from the perspective of the consenting states of the United Nations stateless people do have legal rights. Even when these rights are not always guaranteed by states. In this case, the threatening of Rohingya people by Myanmar may certainly be called violation of legal rights. In practice it is however difficult to enforce the rights of non-citizens.

This leads to the argument that stateless people do have legal rights, but no legal protection. Statelessness, however, does not directly result in people not being able to actively participate in society. We can make a distinction between political rights and economic rights of non-citizens. In the political sphere absence of rights results in the fact that non-citizens have no right to vote or set up a political party. An absence of rights does not directly result in a total absence of economic chances. Even though free and unconditional access to the labor market is reserved for citizens since states aim to protect national interests, none of the states would consider entirely closing the labor market for non-citizens. To summarize, citizenship entails certain privileges and duties not extended to non-citizens, although, the structure of this bureaucratic system is not quite as neat as this model suggest, which leaves space for non-citizens to enhance economic chances. So, while the international society works awkwardly slow on finding a way to effectively protect rights of both citizens and non-citizens, the over 1 million Rohingyas seem to have no alternative but protect themselves from humanitarian violations with the opportunities the bureaucratic system leaves for them.