“Just Fall – That is All” – Or is it? Sudan’s Road to Political Transition, and an Uneasy Path Ahead 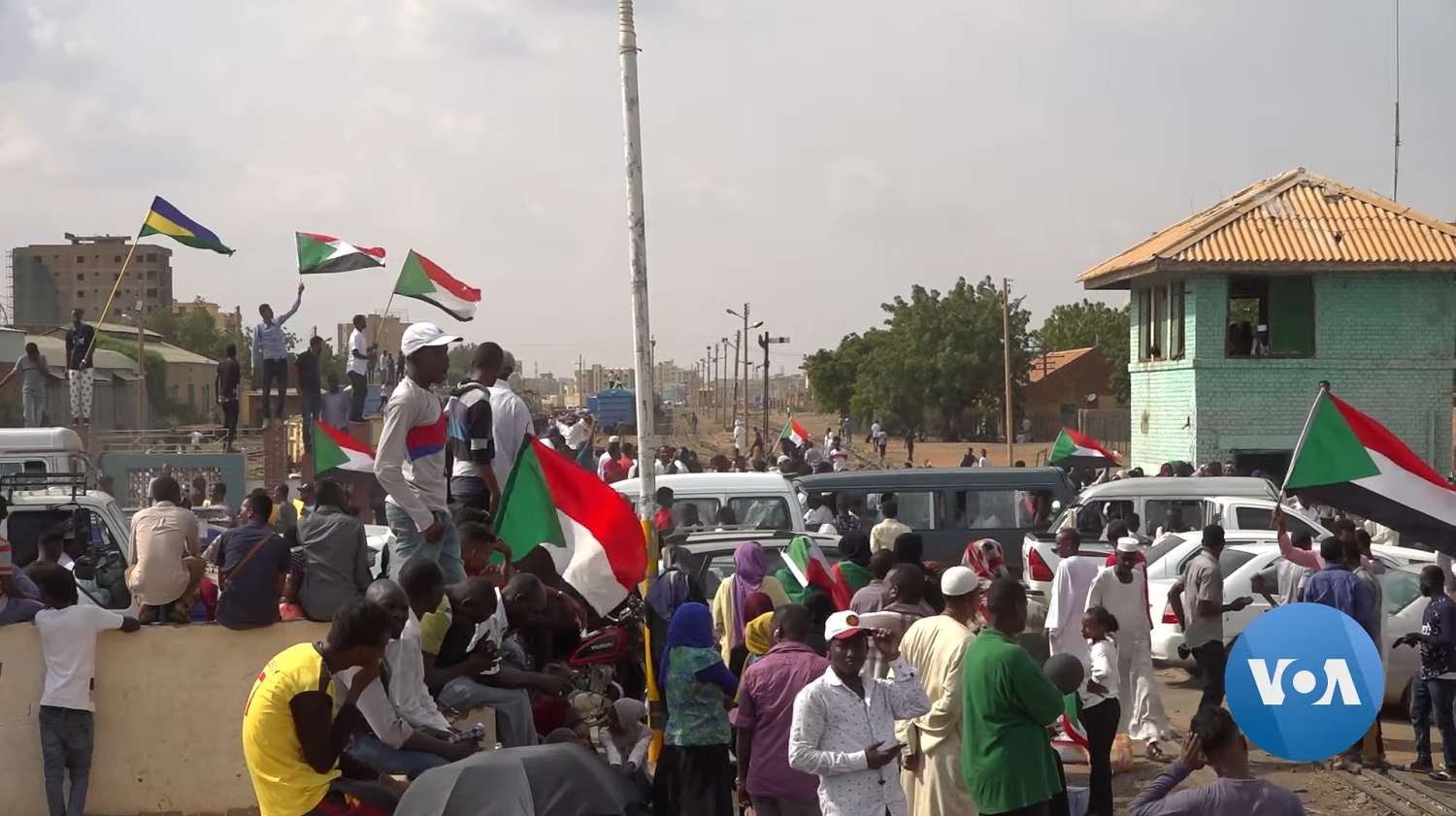 Since December 2018, amid proliferating demonstrations against the 30-year reign of Omar Al Bashir, the streets of Sudanese cities have been teeming with Arabic-language banners reading “Freedom, peace and justice,” “We are all Darfur,” and “Tasquṭ bas” (Just Fall – That is All). On Thursday the 11th of April, following four months of intensifying protests (the repression of which grew harsher by the day), Bashir was removed from Sudan’s presidency in a military takeover orchestrated by the country’s incumbent vice-president, Ahmed Awad Ibn Auf. Now, local activists voice their concern that the proclaimed transition period will do little to safeguard the struggle of Sudanese citizens against the upturned status quo, warning that an oppressive regime will only be replaced by a new iteration thereof.

Omar Al Bashir has fallen – but is it really all? To understand the crossroads Sudan finds itself on, one must comprehend how the country got where it is today – realising that the path ahead is, if not unclear, certainly an uneasy one.

The National Congress Party’s Omar Al Bashir attained power in a 1989 bloodless coup d’état directed against the elected, albeit unpopular, government of Sadiq Al Mahdi, which failed to end a famine-triggered civil war ongoing since 1983. Over the coming decades, Bashir consolidated his position through military and government purges, imprisoning journalists, imposing a politically infused iteration of Sharia law and gradually outlawing opposition parties and citizen organisations. His oversight of the Janjaweed militia force in Sudan’s Darfur region, considered an attempt to eradicate the area’s non-Arab population, led to 300,000 killed and nearly 3 million displaced people of the Dar ethnic group according to United Nations estimates. Atrocities committed against Darfur’s populace resulted in the International Criminal Court issuing arrest warrants in 2008 and 2009, accusing Bashir of indirect criminal responsibility in acts of genocide, war crimes and crimes against humanity. The thirty years of Bashir’s rule saw multiple civil conflicts leading to ongoing ethnic strife and the secession of South Sudan, and an abysmal human rights record spanning inhumane punishments, restricting the rights of women and minorities, as well as corruption. Meanwhile, Reporters Without Borders rank Sudan 174th out of 180 countries on their Press Freedom Index.

Unsurprisingly, the Sudanese populace’s patience ran out, culminating last December in the initiation of protests over rising food prices, unemployment and poverty amid economic austerity measures. Subsequently, the proclamation of a year-long state of emergency, restriction of internet services and censorship of social media, together with suppression of protests attended by students, professionals, women (referred to as Kandakes after the Nubian queens championing empowerment) and ordinary citizens alike ensued. This was accompanied by further media restrictions and clashes between the military and government secret services. Eventually, the armed forces succeeded in ousting and placing Bashir under house arrest last Thursday. At last, Sudan’s political transition reached its apogee.

At the time of writing, the situation remains in development, while the path ahead remains unclear. A range of indices, however, suggest that it will be a dubious, uneasy one.  It all starts with Ahmed Awad Ibn Auf. The de facto leader of Sudan (also involved in the 2003 Darfur atrocities) declared a three month state of emergency and suspended the existing Sudanese constitution. Contrarily, after establishing a military transitional council, Ibn Auf dissolved the National Assembly (controlled by the National Congress Party), while promising in Thursday’s ‘Important Announcement’ that the council shall oversee a two-year democratic transition culminating in free and fair elections. Though promising, such steps are seen with suspicion amongst protesters, who view the state apparatus as largely unchanged, with merely its figurehead removed from the picture. In a further development, sparking a new optimism, Ibn Auf resigned from his post last night in response to ongoing demonstrations and curfew defiance, naming the more moderate Abdel Fatah Abdelrahman Burhan as his successor. Nevertheless, activists and analysts alike agree that the protests are likely to continue (to varying degrees of extent), demanding that the democratisation process is handled by the people, rather than the army. Such outlook is not entirely unlikely and not unachievable, given Ibn Auf’s departure. The international community tends to support the transition efforts, embodied in Norway, the UK and the USA, amongst others, issuing statements of support (with more measured responses echoing from within Sudan’s neighbourhood), while the United Nations offered $26.5 million in emergency aid.

On Thursday, Sudan took an important step towards meaningful transition. A transition that is nevertheless far from complete, requiring society-wide participation, and a continued resistance to the greatest weapon of the past regime – fear. Though Omar Al Bashir has fallen, only time will tell whether the state apparatus he enacted will fall alongside. “Just Fall – That is All” may be a step in the right direction, but merely one of the many steps to be taken. In Sudan’s uneasy path ahead, one thing is nevertheless clear – the direction followed will be the product of bilateral efforts and eventual conciliation of protesters’ demands and the leadership of the military transitional council, the latter of which must live up to the assurance of democratisation it has given. Otherwise, banners will continue to line Sudanese streets, a testament to a missed opportunity and a broken promise, but a persistent struggle regardless.

A timeline of events covering the last four months of demonstrations in Sudan: https://www.france24.com/en/20190411-sudan-timeline-four-months-mounting-protests-bashir

A collection of articles regarding the current situation in Sudan, and the country in general: https://www.nytimes.com/topic/destination/sudan

Thursday, the 11th of April 2019, in pictures: https://www.theguardian.com/world/gallery/2019/apr/11/celebration-in-sudan-the-end-of-omar-al-bashir-in-pictures