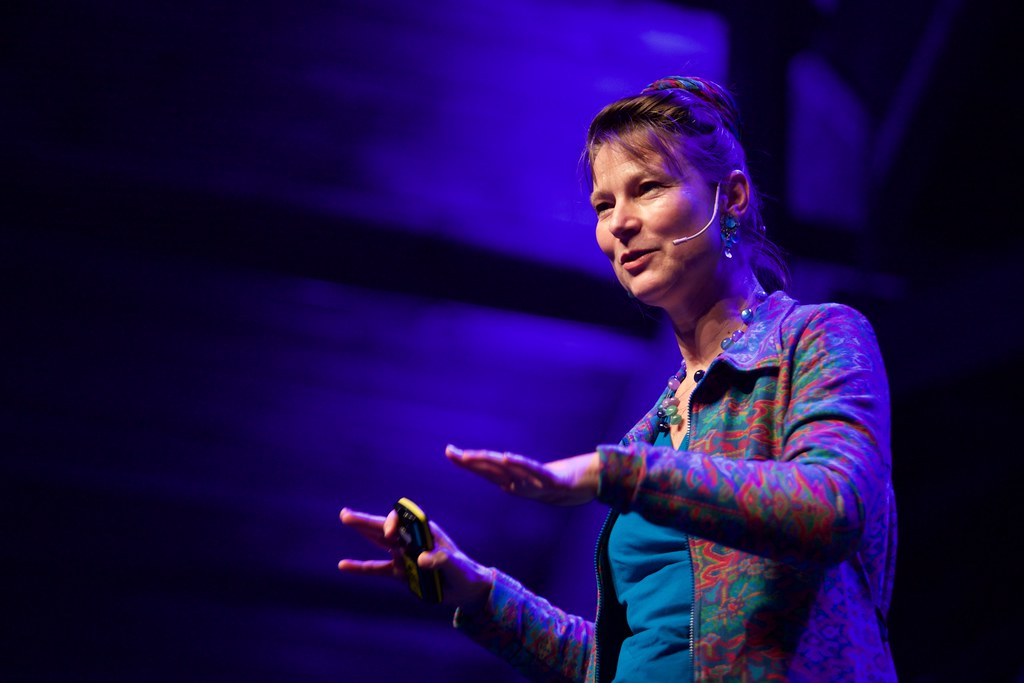 It is almost too late, according to her. But rather late than never. Marjan Minnesma has been at the forefront of combating climate change for decades. She is the director of Urgenda, a foundation which successfully sued the Dutch government, legally binding them to reduce carbon emission significantly by 2020. She argues that we need leadership more than anything else to make the climate transition work.

Apparently, the people do not require such leadership, otherwise they would surely vote differently.

That is not how it works. I think the people very much crave leadership, and because of that a particular brand of leaders is gaining a relatively large sum of votes. As long as you have a big mouth and are not afraid to distance yourself from today’s political elite you can gain votes. I am not sure that makes you an actual leader, but ‘the people’ – to whatever extent that actually exists – will always want leadership. We need actual leaders, because the people in power do not yet feel what climate change actually is, and how big the problem is.

Are they simply hiding their heads in the sand, or are they genuinely convinced everything will be fine?

I think it is due to a lack of knowledge. Give me an hour alone with the Prime Minister and I should be able to get him to think differently. They are always going on about how the Paris Climate Agreement means “we still have until 2050, so we have 31 years left”. What they do not realise, is that 2050 was chosen with the idea that there would be a large amount of negative emissions. If we continue to release large amounts of carbon dioxide until 2050, we will not be able to avoid a three degree rise in temperatures. Unless we start removing CO2 from the atmosphere. That is a part of the package. If we want to go back from two to one and a half degrees, we would need an area the size of all agricultural land in the world to plant trees. I think that is unrealistic. We are not going to do that.

Thirty years from now, we will be beatings ourselves up. “It was all in the scientific journals!” we will say “Why did we not do more at the time? Why is it such a bloody mess now? Why do we have to lose fifty percent more of our biodiversity and do we have to deal with all these weather extremes?” At one point we will not even have enough money to deal with the problems that will arise, whilst we could have solved this issue relatively easily in the present.

How come our politicians are not more aware of the urgency?

They have political advisors, not scientific advisors. When they do do receive advice from scientists, this advice is very cautious. Scientists work with models and models can be very patient. Why do you think they decided on 2050? When our politicians were in Paris, they knew it actually had to be 2030, but they were not able to explain that to their citizens back home. So they decided on 2050, and decided that afterwards they would solve it with negative emissions. Policy makers are rather stupid. They look at the Paris agreement and think “Okay, I have until 2050.” What happens after 2050 under the x-axis they do not understand. That is a big problem.

It seems like we can already start writing the history books.

For a part, yes. Unless we wake up now. I am very glad that tens of thousands of young people are taking to the streets, that in the whole world a growing group of people who do realise what is happening are making themselves heard. It has to be physical as well. A simple like or retweet is not enough. But never before have so many young people in this country taken to the streets. Teenagers! Fifteen-thousand teenagers! That has never happened before.

The current generation of young people have been told that time is running out all their lives. How serious is it really?

Time has already run out. I think it is an incredibly shame that a part of our biodiversity is already lost. Our oceans are already filled with so much carbon dioxide that acidity has risen by thirty percent. Half of the coral reefs is already dead. We should not act like climate change is something which is about to happen, but it is already happening. There are beetles in some large forests in America and Canada that can live there now because it became warmer there, and it is freezing less. Those forests have been overeaten to such an extent that a little fire will mean it burns down. Climate change is happening already. The question is: are we going to contain it to a reasonable extent? We will already be losing a lot. You will not hear me say that climate change will stop, or that we can reverse things. But if we are to continue at our current pace, then things are really going to become unpleasant. The technology is there. We can afford it. It is simply a lack of leadership. We can still make sure we stay between one and a half to two degrees. We would still have to cut significant losses, but it will not be as bad as when we end up with a three to four degree rise in temperature.

What kind of scenarios would play out then?

Well, at a three to four degree rise, a billion people will not be able to continue living where they live now. At two degrees, all small island states will be underwater, but also Boston and a large part of Miami.  In this country, we are good at building dykes. The Netherlands will hold out for a while, but we will also be facing a very serious problem the next century. A whole bunch of professors from Utrecht University published an opinion piece a little while back. Ten years ago, they said that we should not exaggerate the threat of climate change. Now, they are saying that we may have to move to a new place. They could have seen that coming ten years ago, but they just did not want to. I am not sure why they did not speak up louder then, but at least they are starting now.

It is clear there is a task for governments, but how about individual responsibility?

It is a combination. It would help if everyone were to do the very best they possibly can. If you have little money, you could maybe at least try to reduce meat consumption. If you have a little bit more money, you could put solar panels on your roof. If you have some more money you could buy an electric car. You name it. But you also need to vote for the right political party. The individual responsibility is a mix of your behaviour as a consumer and your responsibility to pick the right political leaders. We need a Kennedy of sorts. He said: “In ten years I want to be on the moon” and he did it within seven years. We are now at a moment in time where we have done so little for so long that we urgently need other means and other people in power. But we can still do it. We are late. But rather late than never. I too find it very frustrating. I have three young kids, teenagers. They will be facing a much larger challenge than we had to. In the coming fifteen years, it will still be my generation behind the wheel. When the younger generation is ready to take over it will be too late, so it is up to us. Your generation needs to give us a good kick up the backside. You should look your politicians straight in the eyes and say: “Why are you being such an ass? You are messing up my future!” It is your future after all, and you do not need billions of people to achieve change. The Berlin Wall fell because of small groups of people. Women’s rights were achieved by relatively small groups of people. The racial divide in America was fought by small groups of people. It does not require billions, not even hundreds of millions. With small groups we can make real progress.

This is a shortened version of an interview originally published in the ‘Climate Changed’ print edition. For the full interview, you can get a copy at the Clio office or contact us via email or Facebook.