Those that Faustus most desires; The global problem of student debt 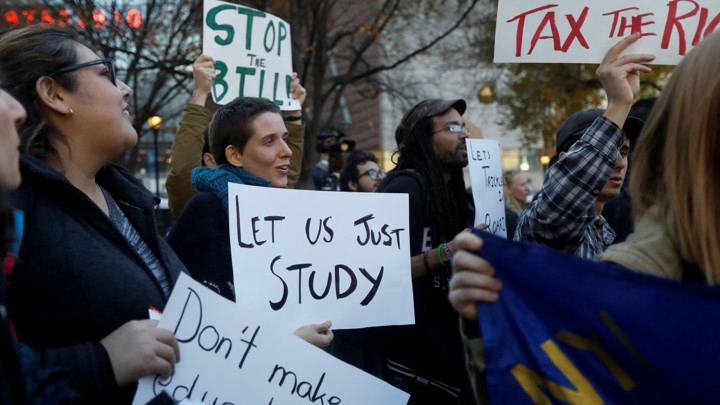 “I accuse Macron, Hollande, Sarkozy and the EU of killing me by creating uncertainties about the future of everyone, and I also accuse Le Pen and columnists of creating not-so-insignificant fears.”

These are the words of the twenty-two-year-old student Anas K. who decided to set himself on fire on the account of not being able to live with modern day’s uncertainty anymore. Anas said he was no longer able to sustain himself on €450 a month and for that reason wanted to commit suicide. The act of suicide can be caused by multiple factors, the most frequent being mental illness, trauma, substance abuse and hopelessness. It seems that the latter applies in this case.

The most eye-catching aspect of the student’s suicide attempt is its political nature. Self-immolation has historically been seen as the ultimate manner to express dissatisfaction. The act marked protests ranging from the Prague Spring to the Arab Spring. These examples protested oppressive regimes, so this calls for the question: what did Anas want to protest?

The French man points towards a highly unaddressed problem of the current student-generation: their increasing debt. In the United States of America, the total student loan debt amounts to $1.6 trillion. This means an average between $27.000 and $33.000 per student. For those that are able to make repayments, the average instalment is around $250. This means it would take more than ten years to repay one’s debt.

The increasing student debt is probably the most concrete form of the growing uncertainty about the future. It goes along with the prospect of antibiotics no longer working, wars over water, an increasing global population and the glooming doom of global warming.

Since Anas’s call for action, students have been protesting throughout France. Carrying around signs with “long live socialism” and “anti-capitalism”, students are standing up to the people they blame for their financial problems. These problems have been getting so horrible, the French student association estimated that one in three students live in poverty. The lack of money and the growing debt has disastrous consequences for the mental well-being of students.

Over the last decade, the rate of anxiety, depression, suicidal thoughts and self-harm has doubled among students in the USA. This same trend, while not as extreme, can be seen in the rest of the world. Furthermore, the number of young people considering going to university is dropping. Both the current and potential students particularly stress the tuition fee and other related costs as troubling.

The development of these events is softly saying problematic. A generation of students has been created with mental health issues. Moreover, their debt puts them in an economically precarious situation. It can block them from buying a house, having children or even simply living a life without the fear of not being able to pay their bills. Clearly, student debt is the economic dimension of tomorrow’s doom scenario.

If it is such a clear problem, then governments are presumably taking action. In the USA, student debt is doubtlessly a hot topic for the Democratic candidates for the next presidential race. Each bidder has a detailed plan to tackle the problem, with ideas ranging from the alleviation of repayment instalments to completely discarding all student debt.

In other countries, there are systems in place that prevent these tremendous amounts of debt. This is done by not having a tuition fee. An example is Denmark, which spends 1,6% of its gross domestic product (GDP) on higher education. The country provides students who not live with their parents with a stipend of approximately €800. This enables a lot of young people to fulfil their potential. Another example is Scotland, where the tuition fee is paid by the government. This rule not only applies to the Scottish, but for anyone E.U. citizen that wants to study in Scotland.

As illustrated throughout this article, student debt can be part of a possible doom scenario. Together with other contemporary problems, it puts the current generation of students under undeniable stress. This is, however, only one possible future. In contrast with this bleak vision, countries like Denmark and Scotland are actively working to prevent and counteract the student debt problem. Countries like the USA and France will have to follow Denmark and France’s examples if they want a brighter future. But will it be enough? Only time will tell…

In no way does this article try to glorify suicide or any other form of self-harm. If you have suicidal thoughts, please contact a professional for help or call 113.