Europe’s ‘Man on the Moon’ Moment: The Green Deal 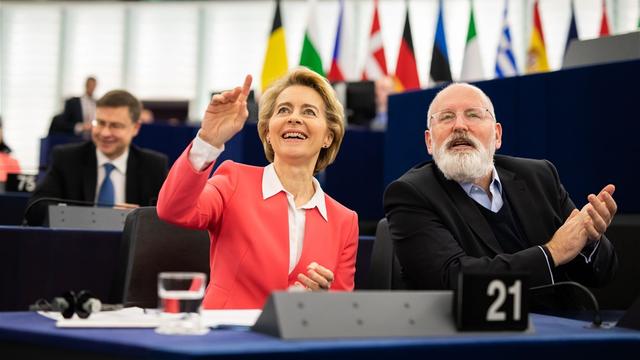 Tackling climate change has been an incredibly complex and controversial topic of discussion within the EU during the past few years. Earlier this year in June, the European Council tried to agree on a climate strategy for 2050, but this did not work out when the Czech Republic, Estonia, Hungary and Poland did not agree on, among other provisions, including a specific date in the climate deal. But now, the European Commission has come up with a new, ambitious ‘Green Deal’. The motto of this deal is that there needs to be more action, faster: there is a lot of urgency, but there are also a lot of opportunities.

This Green Deal is a roadmap that has been developed over a short period of time by the European Commission, which incorporates the measures that have to be taken, at what time, to tackle climate change. As every climate agreement, it includes a number of goals. Emissions should be cut down by half, but preferably by 55%, by 2030. The central goal is to have net-zero greenhouse gas emissions, which would make Europe the first climate neutral continent, by 2050. The deal encompasses a range of measures to achieve this goal. The transformation of agriculture, transport, and the trade and energy sector will be crucial. Measures include the cut of emissions from transportation, the increase of renewable energy sources and the protection of biodiversity. The deal should transform the European Union into a modern, resource-efficient and competitive economy, in which economic advance will be disassociated from non-renewable resource use, with no one and no place left behind.

Apart from the progress towards tackling climate change that this deal brings, it also comes with a price tag. To achieve the set targets for 2030, an annual investment of 260 billion Euros is required. A quarter of the EU´s long-term budget will be reserved for climate action. President of the European Commission, Ursula von der Leyen, further promised to set up a fund as way of incentivising Member States that are reluctant to sign the deal. Also, the European Investment Bank has to provide green loans for at least one trillion Euros in the ten years to come.

Implementing this deal is not for the faint-hearted. Both the European Parliament and national parliaments have to decide on the proposals. As the Parliament and heads of state have to approve all reforms and bills, there is a long and rough way to go. What is more, the Czech Republic, Hungary and Poland have so far blocked the ambitions, desiring that their transition to green societies will, for the most part,  be funded by the Union. The commission under Von der Leyen has stressed that, as not every member state starts from the same point in their fight against climate change and environmental degradation, no one should be left behind. This is why the Green Deal includes a so-called ‘Just Transition Mechanism’, which will support regions that are heavily reliant on carbon intensive activities. To be able to make the transition towards a greener economy and society, Von der Leyen promised the allocation of 100 billion Euros for these regions.

In June of this year, climate neutrality was also aimed at, but the deal that was proposed then was shut down. On the 13th of December, it became clear that member states reached a deal, except for Poland who held off and demanded more time. The country is very dependent on coal and was able to secure an exemption from the 2050 target until June 2020. Even though this target forms the legally binding core of the deal, European leaders are still optimistic, as a consensus among all other member states is already a leap in the right direction. Yet another opportunity will arise in March 2020, when the first European climate law, not relying on an unanimous decision, will be introduced.