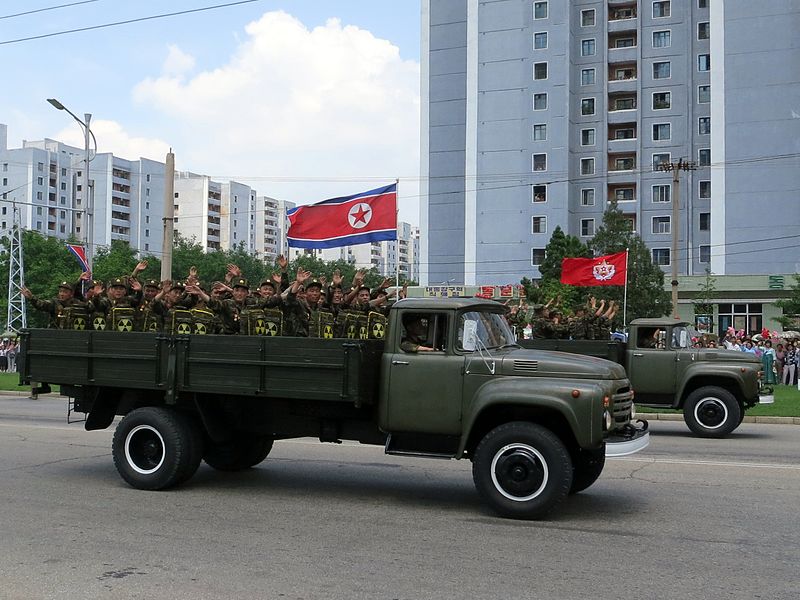 In a time where both the politicians and the public’s attention are focused on the coronavirus pandemic and its effects on everyday life now and in the foreseeable future, it can be easy to forget about other political matters. This is especially the case for those that can start to be considered regular occurrences, with some countries and their leaders acting in what has by now become a regular fashion. The recent missile launches made by North Korea could perhaps be considered as such since it is far from new for the country to test such weapons. However, it may have lasting effects on its international relations should it further develop.

The two missiles launched Monday were the eighth and ninth of this March, making it the most missiles ever fired by North Korea in a single month. The month itself is quite a regular time for the country’s missile testing, as can be seen with past examples, mostly because of the weather getting warmer after the winter months, but it comes after a break of over three months, as North Korea had not launched a missile since November 2019. These recent tests come after the North Korean administration stated to no longer be bound by a major weapons test moratorium, showing an incentive to further escalate the magnitude of the weapons tested from short-distance, as has been the case for the recent tests, to something long-distance and more threatening to other countries.

However, some experts do not think that this will be the case, as they think the motive behind the tests is focused on a national rather than an international plan. They suspect that these tests, in the context of US sanctions in addition to the spread of coronavirus and the steps other governments are taking to prevent its spread, is to show strength and unity. It has become a priority of “national existence” to avoid the spread of the coronavirus to North Korea, and no case inside of its borders has yet been publicly declared. Experts are, however, quite skeptical of this and warn of the dangers that the coronavirus could have on the country, especially regarding its lacking healthcare infrastructure.

It is because of this danger that, in the middle of the ongoing missile tests of this month, the United States’ president Donald Trump sent a personal letter to the North Korean leader Kim Jong-Un, offering cooperation in fighting the coronavirus and urging good relations between their two countries. Kim’s sister, Kim Yo-Jong, has come forth, saying that it is not wise to “make hasty conclusions or be optimistic about” the prospect of a bilateral partnership, hinting at the strained relations between the two countries. After years of negotiations, the talks between them began stalling in 2019 and have shown increasingly negative signs as time moved on. While this effort could prove a positive change and a return to the negotiation table, the possibility of North Korea escalating their weapons testing into long-range missiles could prove to be hazardous.

While it may only be speculated how North Korea’s recent series of weapons testing might develop, it may seem possible to lead to the “new strategic weapon” that Kim has been hinting about. Experts are speculating that it could possibly prove to be a new form of long-range ballistic missile or a submarine capable of launching such missiles. Whatever it may be, and whether it may be revealed soon, waits to be seen, along with the possible effects and escalations of these recent events.