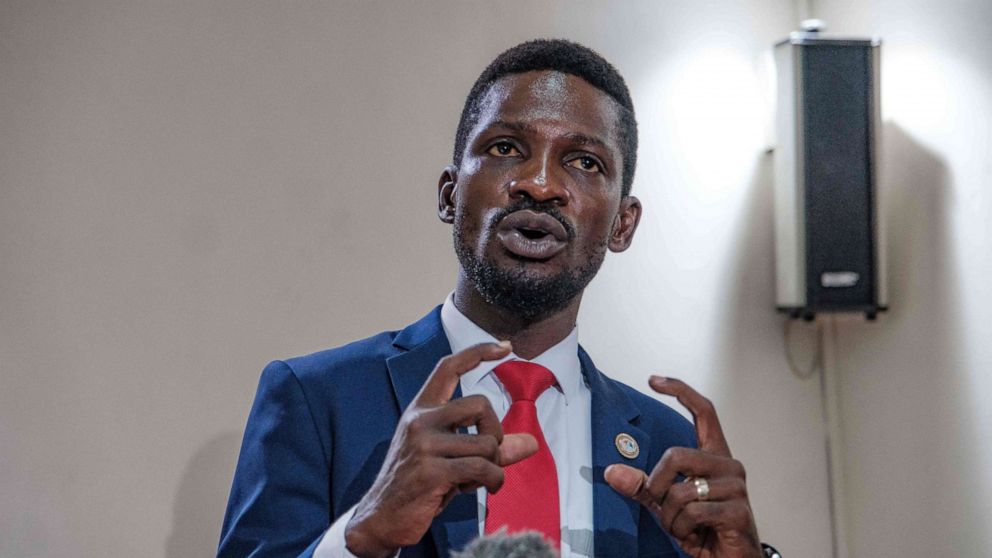 Opposition leader Bobi Wine was taken into custody (when?) and returned to his home outside Kampala where he was subsequently surrounded and confined by police and military.

The 39-year-old Ugandan pop-star-turned presidential contender was briefly arrested in protests against Museveni and the detention of his supporters by his administration. Human Rights Watch (HRW) called for an end to what it called “ongoing abductions by suspected state agents and cease the unlawful detention without trial of opposition leaders.” Current president Yoweri Museveni has admitted that hundreds of Ugandans are in military detention, but has not wavered and claims that those detained will face a military tribunal before being released.

Bobi Wine faced off against current reigning President Museveni, who has been in power since 1986, in January elections, but disputes the elections as fraudulent and tampered. Wine claims he won a majority in the elections, but was declared to only win 35% of the vote, while the current incumbent president won 59% of the vote. Since January, he has continued his protest of the current government and just last week called upon Ugandans to “rise up peacefully and unarmed” against the now six-term President.

About 15 members of parliament and activists from Bobi Wine’s own party the National Unity Platform (NUP) were also arrested. Later Wine tweeted “The cowardly regime arrested us all and released us without charge. The police continues to surround my home.” Following the elections, Wine was held under house arrest for 11 days until a court ordered his release.

This is not the first-time police have interfered; Bobi Wine was summarily arrested post-nomination acceptance and again during the campaign. Protests were brutal and at least 54 people had lost their lives. Some argue that Museveni has used the coronavirus pandemic as an excuse to declare mass-protests illegal to silence growing hatred towards an old, archaic and undemocratic government.

More than 75% of Uganda’s population are under the age of 30. Bobi Wine hoped to gain a major foothold in this group for the elections, and only time will tell if his populist movement will garner even more speed. The current establishment clearly will not allow what it claims as threats to national security, and as Wine calls for peaceful protests, there seems to be no end to the chaos.