Ethiopia’s history in the hands of strangers 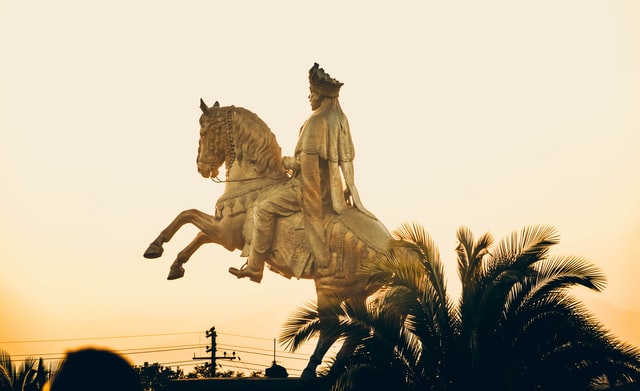 Thousands of Ethiopian artefacts were stolen after the battle of Magdala in 1868 by British soldiers. Descendants of those soldiers are currently trying to sell these valuable items at auction houses. Governments of various countries have already decided that it is not ethical to hold on to historical pieces that they have no claim to. Now it is time to send this message to those individuals earning money from the slaughter that happened 153 years ago.

Ethiopia has a very rich history, with many important historical events. There are multiple well-preserved human fossils that suggest the importance of the role Ethiopia played in the evolution of humankind.  Wooden artefacts have been found that could possibly show us that Ethiopia was one of the first countries to adopt Christianity. In Ethiopia’s National Museum pieces of art are kept and displayed to the public to show the amazing story of Ethiopia.

An important part of this story is the battle of Magdala. This was a confrontation between the troops of Tewodros II, emperor of what would later become Ethiopia and the forces of the British empire. It all started as an argument over the activities of a group of British missionaries and eventually turned into a bloody confrontation. After his defeat, Tewodros feared imprisonment and committed suicide to avoid that fate. British soldiers took the opportunity to take Tewodros possessions and thousands of other precious artefacts home with them. Now, descendants of these soldiers are putting a number of historical pieces of the Ethiopian heritage up for sale at auction houses.

Other pieces that had already ended up in museums all over Great Britain are slowly being returned. A piece of Tewodros’ hair that was ripped out after he died, was displayed in the Imperial War Museum in London. In 2019, it was returned to Ethiopia. Afterwards, the Ethiopian minister of culture pointed out how humiliating it is to have human remains of another country national hero on display. The British decision is following a trend where former colonial powers all over Europe are returning objects they have in their collection, often taken at gunpoint from countries that had no say in the matter.

British Museums use as argument for them to hold on to the artefacts that they can provide a safe space to preserve them. Furthermore, they say that their museums are often places with a broad public to display and educate about these items. However, while those museums do ensure the survival of the items now, they had been safely kept in Ethiopia from the 6th century onward.

Earlier this year, a family of one of the British soldiers auctioned 13 stolen Ethiopian artefacts. Their private collection included a processional cross, a richly coloured triptych depicting Jesus’ crucifixion, and an ornate red and brass imperial shield. All of these are highly valuable items that represent the history of Ethiopia. The Scheherazade Foundation, a non-profit that works to preserve culture, bought several of these items and handed them back to Ethiopia. The Ethiopian embassy has returned them to Addis Ababa, the capital of Ethiopia, and they will be displayed in Ethiopians’ National Museum. This was the first time in the country’s history that stolen artefacts were returned in this quantity.

Historical items like these show what countries like Ethiopia have accomplished and are an important factor in national pride. Returning them should be step one of demonstrating that we have learnt from the past. For now, we can only hope that Great Britain and other former colonial powers will continue the trend of giving the looted items back.