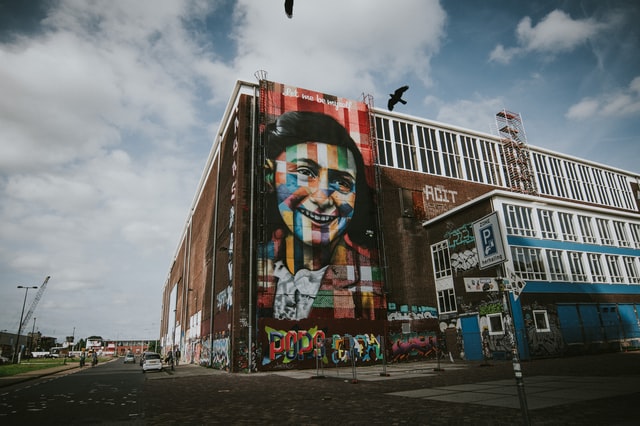 Lately, it hasn’t taken me much to notice a certain name in the papers, cinemas, and books; Anne Frank. There have been multiple movies made and books written about her in the years since her diary has been made public by her dad in 1947,  and the past weeks there has been a new spark of interest. The fourth of February the movie ‘My Best Friend Anne Frank’ was released. It is about Anne Frank’s childhood friend, Hannah Goslar, and how the two Jewish girls grow up in occupied Netherlands, and later as sixteen-year-old children trying to survive at Bergen-Belsen. Not long before this movie, a book named ‘The betrayal of Anne Frank’ was published on the 18th of January. The book is written by the Canadian author Rosemary Sullivan about the investigation of who betrayed the family Frank.  At first glance, in light of antisemitism rising in Europe once again, it seems like extra attention for something as unimaginably evil as the holocaust is something good, however, there has been debate about the way it is done.

The book ‘The betrayal of Anne Frank’ is about the investigation of the cold case of Anne Frank and her family. It was done in a collaboration between Dutch and American investigators, led by retired FBI agent Vince Pankoke, to figure out nearly 80 years later who tipped the Nazi’s about the Frank’s hiding place. In the book they make the (careful) conclusion that it is most likely to have been done by the Jewish notary Arnold van den Bergh. They explain how he is the only one with the means, motive, and knowledge. Initially, the book was well-received, until multiple Dutch historians and experts proved that the conclusion was based on too little evidence. This came a bit too late, as multiple news sites, including NOS, had already made the betrayal by van den Bergh headlines. The Dutch publisher of the book ended up apologizing, there would be no second edition printed, and the book was removed from several bookstores.

Interesting is that Otto Frank received post after he came back from Auschwitz, which already told him that it was van den Bergh who had supposedly betrayed his family. Not knowing how true this was, and scared of the antisemitism that would arise from this, he already decided not to make this information known until 1963. The reasoning behind this decision ended up also becoming a point of critique; writing an entire book about how a Jewish man betrayed a Jewish family is sure to spark some antisemitism. There has been much hatred towards van den Bergh’s family since his name was mentioned. It seems very wrong to judge the supposed actions of a Jewish person during the second world war, who knows what we might have done to try and save our family’s lives. The worst part is that after reconsideration of the evidence, it became clear that the investigators weren’t even 100% sure about their conclusion.

The second point of critique is the way that Anne’s death is now treated as some sort of  ‘fun’ detective case. While the investigators and author of the book did their very best to keep it sensitive and professional, they don’t have much say on how the public reacts to the book. People now have their own suspicions and suggestions and lose sight of what is most tragic about Anne’s life; not that she was betrayed, but that she died at all.

Now I don’t mean to say that all content made about Anne Frank is immediately bad. The movie ‘My best friend Anne Frank’ shows a painful but honest picture of what the last months before going into hiding must have been for Anne. Her life is not glamourized, rather it shows how unnecessary her death was. How young girls should be playing on the streets, talking about their crushes and having petty fights about things that don’t matter. In remembering who she was, we need to not get wrapped up in a game of accusing, because quite frankly no matter who betrayed her; it was the discrimination and antisemitism of the Nazi’s that killed her.

It is rather easy, blaming the death of Anne Frank on one person when in reality to get to the point of dragging people out of their homes and sending them to concentration camps based on their religion is obviously not to be blamed on one single person. When looking back at history it is important to realize that not all actions were as big as betraying someone. Multiple people were involved in the events that eventually led to the death of Anne Frank, and I personally don’t think it helps to blame people that were just trying to save their own lives. If you want to actually respect and honour Holocaust victims, I think it is more helpful to be aware of the shocking return of antisemitism and to speak up about it. In the current time, where people are comparing being unvaccinated to being Jewish during WW2, the least we can do for Anne Frank, who just wanted to become a writer, is to read her book and learn from it.

1 thought on “Keeping the memory of Anne Frank alive”