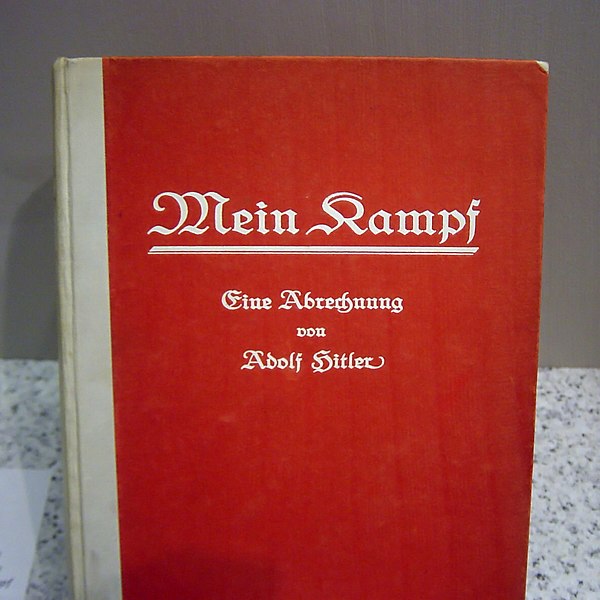 Approximately beginning 2016 there will be a republication of Adolf Hitler’s Mein Kampf. Seventy years past Hitler’s death the copyrights of the Bavarian state are about to expire. To avoid commercial publications of Mein Kampf the Institute for Contemporary History is working on a commented edition.

Although expiring copyrights have not been a new thing politicians in Bavaria struggled with what to do with a book of such unique history. The first solution to handle Mein Kampf is based on the German law which hinders commercial publication even after the expiration of the copyrights since it is an inflammatory pamphlet and thus unconstitutional to print any further editions. In 2012 the Institute decided to work on a commented edition of Mein Kampf, financially backed by the Bavarian state with 500.000 Euro. Bavaria’s premier Horst Seehofer suddenly cancelled the financial support a year after the decision, concerned about Bavaria’s international representation as publisher of a national socialist book. Later though granting the support again. Obviously, there was no real plan on how to deal with a book being forbidden so long. After protracted debates today’s stand confirms the continuing work on a historically commented version. The justice ministers of the German federal states additionally agreed on prohibiting the distribution of uncommented versions after the expiration of the copyrights.

The most of Germany’s close neighbors went along prohibiting the book after the Second World War, distribution is thus illegal (if not antiquated).However, in the UK and US the book is available without restrictions. What implications would the reintroduction of Mein Kampf into a holocaust affected society like Germany have? Opinions differ on this question. The general concern of Mein Kampf stimulating the wrong mind set among youngsters emphasizes the delicacy of the question: Why publish it now, after 70 years. Of course a commented version hinders an overall wrong impression of Hitler’s actions.

Though, when the book was published for the first time in 1925, before Hitler’s coming into power, many people followed him despite his obvious and strongly expressed motives in Mein Kampf.

Especially the opinions of holocaust victims matters, even though those are diverse as well. Many Jewish people who experienced the holocaust read the book. Some just disgust the way Hitler’s actions were forecasted and do not see the need to publish it now. Others wanting to educate the youth find it important to confront today’s society with how right wing movements developed back then, particularly on the brink of right wing parties gaining more and more influence across Europe. Despite all those arguments one has to note that Mein Kampf has been available for those seeking to find it. In several university libraries across Germany there are editions available on request. Even less effort is needed when searching for Mein Kampf online, not surprisingly, it is open to download. Additionally, many Germans received it as heirloom. Thus, if those wanting to read Mein Kampf were never actively prevented from doing so, why publish it now?

The touchy issue of publishing Hitler’s inflammatory writing or not, is set already. Soon Mein Kampf (historically revised) will be available in bookstores across Germany.