Status: complicated – a talk about the Euro-Turkish relationship 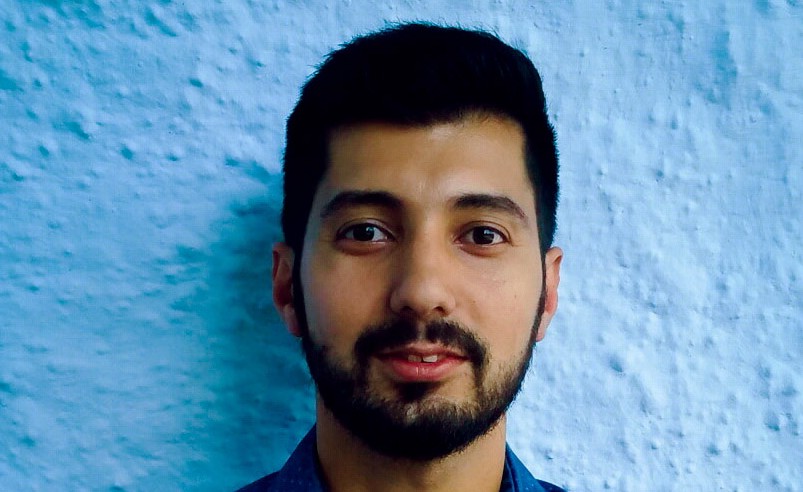 Throughout the last months, and especially during the last weeks Turkey was back in the centre of deliberations among EU head of states. Mainly because of the ongoing migration via Turkey, many see the country as a key actor to regulate and decrease the number of people coming to Europe. The high intensity of talks between European member states and Turkey make it interesting to have a broader look at the shape of European-Turkish relations throughout the last years. This is why I am glad to have the opportunity to talk with Erdogan Aykaç, lecturer at the department for International Relations and Organizations at the University of Groningen. During our talk, Mr Aykaç sheds some light on the current issues and some older events that have shaped EU-Turkish relation and are defining the situation today.

Mr Aykaç, last summer Turkey was in the prime news. The official termination of peace talks with the PKK, the war declaration with Daesh and the vociferous propagation of the reformation of the constitution… Do you believe that we witnessed a shift in Turkish agenda or were these developments results of a longer, and broader politics and not new at all?

To a certain degree we see a continuation of the political system in Turkey and not necessarily a shift. When looking at the time before Erdogan, before 2002, the political system in Turkey was seen as a military regime and in fact, it was the army, deciding on the politics in Turkey. Any attempts to change this system was countered by interventions of the army. The last military coup happened in 1980, however it is considered that in 1997 the army orchestrated a soft coup. In that regard, when the AKP, with Erdogan, came into power, this was seen as an improvement in terms of democracy. Examples of this democratization was the recognition of the Kurdish identity and by that, Erdogan’s acknowledgement of a Kurdish issue – this was a very unique step at that time. Consequently, these positive steps were rewarded by initiating formal negotiation with the EU in 2005.

However there is a problematic aspect to this. As time goes by it becomes clearer that the reforms taken by the Erdogan regime are highly selective. This is why I am talking of a relative improvement compared to the time before 2002. Reforms that support and improve the power basis of the AKP are implemented. Think about reforming the civil-military relationship: the military power over Turkish society and politics was curtailed and diminished and that was an important aspect within the framework of negotiations with the EU. Also, liberal reforms of the economy were introduced and the public sphere was opened to conservative and religious groups. These were very encouraging steps that were demanded by the EU. Also, these reforms generally suited the AKP power basis and improved the image of the party.

However, some questions progressively arose, such as, why does the Turkish government do not continue in other areas, which require reforms – first and foremost freedom of press and freedom of expression? In these areas we see that similar steps are missing. Right now, when the AKP power basis is threatened, the government refrains from moving towards democratization. Turkey has for example a voting threshold of 10%, a dimension unknown to European systems. Generally speaking, up from 2008, the AKP is taking more authoritative steps.

How did this affect the EU-Turkish relationships?

Well, the fact that Turkey oriented itself more towards the East, and away from Europe has some roots in the EU itself.  Developments within the EU actually showed that the EU citizen were less interested in enlargement. Turkey was not a priority anymore. That means of course less incentives for reforms in Turkey. There are few reasons explaining this troublesome attitude towards Turkey within the EU.

One of these is the realization of an identity crisis in the EU which materialized itself in the ‘NO’ in the Dutch referendum towards the Constitutional Treaty. We, the European citizen were struggling and losing cohesion, already at that time. What is the European Identity and what would hence a constitution look like? This lack of cohesion caused especially political elites to halt a moment and rethink the current state of the Union.

The Europeans had already granted the candidate membership status to Cyprus during the Luxemburg Summit in 1997 and then in 2004, a decision had to be taken and there were several countries, fore and foremost Greece, pressing for the membership of Cyprus. The repercussions from this event severely hit the Turkey-EU relationship. Moreover, by giving membership to Cyprus, from this point in time, Cyprus could block an accession of Turkey to the EU, which clearly diminished accession prospective.

The third major factor at that point were of course the huge waves of enlargement. The experiences on the accession of Bulgaria and Romania were not positive and it became clear to the political leaders and the EU citizen, that in fact some of these countries were not ready to join the EU. The problems were a high level of corruption, a weak economy, and some problematic opinions and mistrust present in the ‘older’ members. “No enlargement” was the reaction to decrease the internal pressure. However, Turkey could now challenge the decision to include Romania and exclude Turkey being arbitrary and inconsistent. Indeed; economically speaking Turkey was clearly doing better than the accessed countries.

The sum of these different aspects lead to a very negative and strong perception among the Turks that they are not wanted in the EU. They do not seem to fit in the EU’s ‘Christian Club’ and EU’s policies to implement double standards. This feeling became clearly visible after 2004 and 2005, within Turkish society and political discourses.

However there are actually some good reasons explaining the European scepticism about Turkey membership. Turkey is involved in a number of very unique conflicts that should not be ignored, contribute to very specific dynamics. The Cyprus issue is one example, and there is clearly a problem, when Turkey fails to recognize another member state as a state. Another factor is the Armenian-Turkish relationship, in particular the denial of the Armenian genocide. Moreover, there are also other significant internal conflicts as the PKK. These are indeed unique elements which have to be taken into account when assessing a future EU membership.

Summarizing, one could say that there are elements on both sides, internally and in relation to both actors that led to a loss of incentives in pursuing Turkish membership in the EU. Not to mention the exogenous factors, such as the economic crisis in 2008. After it became clear how severely the EU was hit by it, many Turks began to question the idea of EU membership in general. Many Turks argue that probably the EU needs Turkey more than vice versa and this is an interesting dynamic. The political discourse has changed. In the period of 2002 to 2004 EU accession was seen as a great opportunity for Turkey to improve freedom and democracy. Nowadays, the discourse is shaped by different opinions. Today Turkish political elites are more often recalling the economic importance of Turkey for the EU, especially with regards to the economic crisis of some member states. First and foremost the critical situation of former ‘arch enemy’ Greece is used to question the economic strength of the Union. Adding to this, the EU dependency on Turkey can also be seen in the current negotiations about the regulation of migration. This will clearly affect the way how Turkey feels about EU membership.

Thank you Mr. Aykaç for this rather sobering but nevertheless very informative and insightful assessment of the current European-Turkish relationships. Let us see, how this relationship will develop in the future.