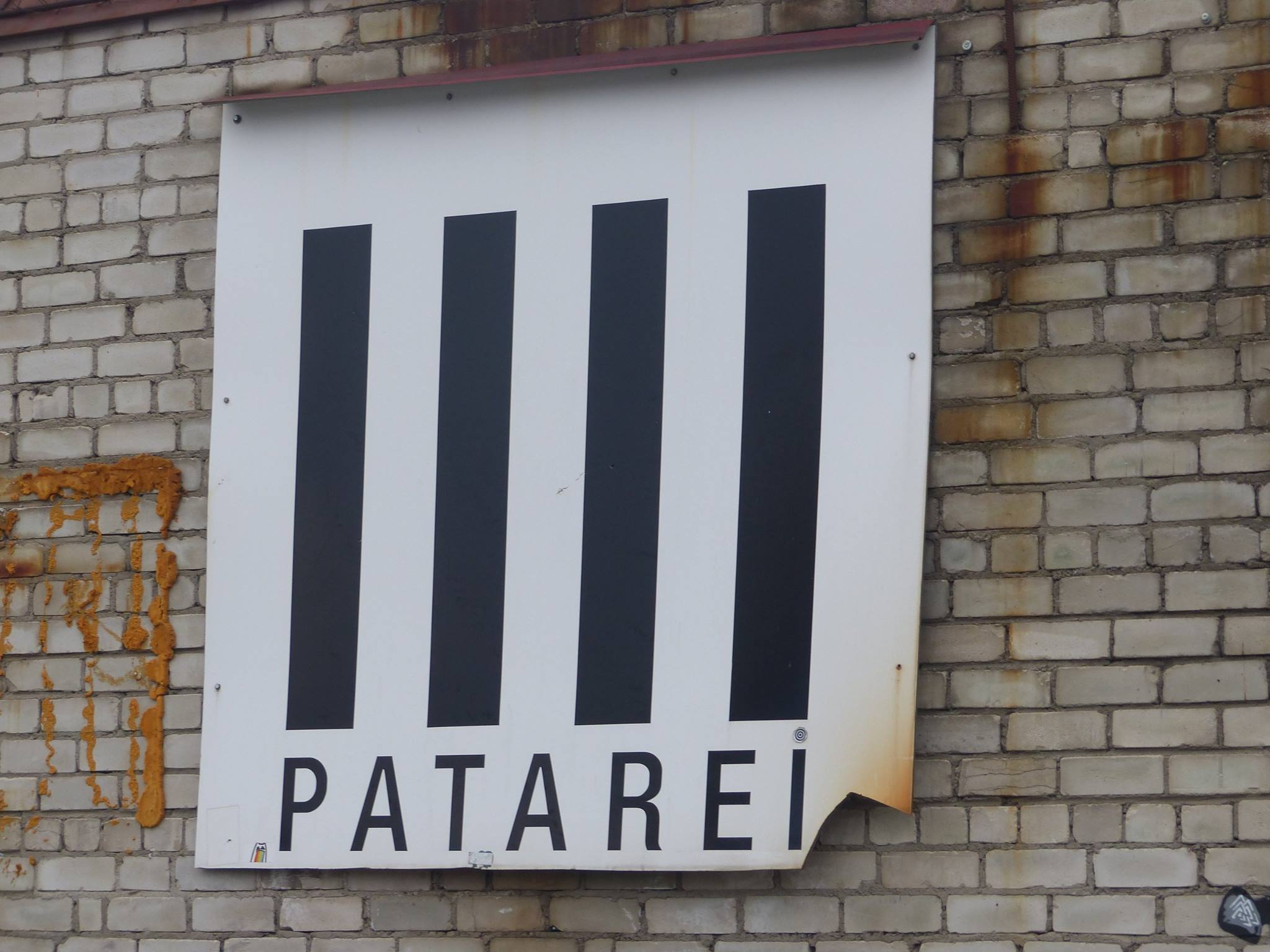 We were told it’s a former KGB prison. A fortress, used by the Soviet Secret Service until the end of the breakdown of the east bloc. I expected a cruel place, maybe isolation cells, maybe an execution room, maybe torture. I expected a testimonial area, witnessing a fragment of horrible practices, from long time ago. I did not know the name of the prison we were going to. Now, after having been there, I will not forget it soon. Patarei – a gross word, recalling a feeling of sickness and disgust. 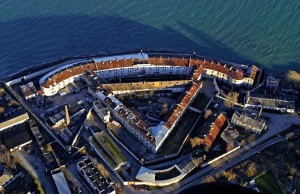 Tallinn, the capital of the Baltic state Estonia, is a cute city at the Baltic Sea. A small and tranquil place, with a lovely old town, keeping up a medieval touch, small stone houses, narrow roads, and full of cellar pubs, where waiters welcome you in fancy medieval costumes. Tallinn, the touristy old core of the city is peaceful and it’s a good place to relax, to go out and forget about stressful every-day life. This is what the city stands for, this is what most tourists are looking for when coming to this idyllic romantic place. However, Tallinn has an eyesore, an ugly part which is not reconcilable with everything I just mentioned about the Estonian capital. In a northern district of the capital, at the margin of the city there is a huge fortress. Initiated by the Tsar Nikolai the First and finished in 1840 it was constructed to defend the country against any approaching enemy from the sea side. Patarei – meaning battery refers to the canon power, the fortress was intended to fire on approaching ships. Too bad, that quite soon after the new four hectare complex was finished, it became clear that the climatic conditions make the walls inhabitable. It is cold and moist, too moist. Huge efforts to get the area dried failed and the fortress remained inhabitable. Non-regarding this, in the second half of the 19th century is was used as a military base which led to high numbers of sick and dead soldiers, suffering from Tuberculosis, or other diseases due to the cold and moist conditions in the fortress. Some years later, after the successful end of the war of independence for Estonia in 1919 the fortress finally was used for as what became its final destiny until now: A prison. A place, impossible for human beings to live in became home for different groups of prisoners, at different episodes in time, by different occupiers of the city, for different reasons. Jews during the German occupation, political prisoners before and after. During the Cold War it was overcrowded, one cell, intended for roughly 16 people, and inhabited by more than thirty. The catastrophic conditions earned the prison the description as the Gulag at the outskirts of Tallinn. It is one thing to read about this horrible place. To go there, and experience it, an entirely different one. To feel how the cold crouches under the cloths, making it within the walls significantly colder than outside, to see the abandoned medical track.  As if the mentioned circumstances were not enough to imagine this place as a nightmare, the real horror of Patarei comes not around because it caused the death and suffering to so many people in the last century.

The fact, which made me shiver and considering to write this article is, that this prison was in use until 2005!

Even after Estonian accession to the European Union, that prison was in use, although officially closed in 2002. Due to a lack of space in the new Estonian facilities (in line with EU standards), the last prisoners from Patarei were not resettled before 2005. Knowing this, and hearing stories by the researcher guide, the despair of the people, locked away in these dark and musty walls brings the impressions closer than I wish. The second circumstance which make a visit in this place unforgettable is the abandoned character. Patarei is not a museum with signs, clean and convenient, with interesting and explanatory tours remembering the cruel madness which took place. It still is the madness but without the people. Rusty loft beds, shoes laying around, furniture, some of them completely intact. Chairs, operation table, broken windows, covered by metal grids, and even original documents of prisoners, laying randomly on the ground. These artefacts are responsible for the sick feeling I encountered when wandering through the walls.

All of us, when leaving the Patarei were enjoying the warm and fresh air outside. A guided tour through this former prison touched me more than any museum could have. The expertise of our tour guide, a researcher with abundant knowledge from former prisoners and guards, helped to understand the terror of Patarei. My final thought, when leaving the area was a divided one. On the one hand I am convinced that this area is too important to let it degenerate into a ruin. The bulding has a rich history which must not be forgotten. Money is needed to protect this building from vandalism, and make it more accessible to people interested. On the other hand, I am pretty sure, that the abandoned character of the building contributes to the unique experience of the visit. With a museum it will be more difficult to convey the atmosphere of past times.