Natural Heritage as a Diplomatic Tool? 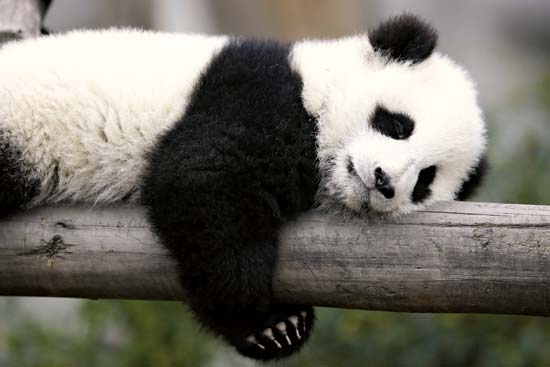 With its rise as the second most promising economic power over the last decade, China, by far regarded as the leading actor in using economic models in diplomacy. Whereas in the American Peninsula this is observed as dominance over oil reserves in the world, Canada as one welcoming immigrant policy and Europe over green energy promotion, the outstanding Asian actor stands apart. Country uses its one of the most significant natural heritage as an asset, pandas.

Pandas have been part of Chinese foreign policy since the late 1950s. Panda give away to nations as protocol gifts began with the dissolved Union of Soviet Socialist Republic (USSR) in 1957 followed by North Korea and Japan until 1970s. The tradition was pursued as common intercultural exchanges, as it spread through the relations with the United States and Europe in the 1980s. Later, when the pandas were entitled among the endangered species, Chinese officials turned the potential into one of the most outstanding economic and policy models. In one of its 1983 issues, the New York Times carried the topic to their headlines “Bureaucracy and Blight Imperial Imperil China’s Pandas”. The idea was simple, giving pandas as loan would earn Chinese economy 1 million $ each year per panda. The income was not limited to this, when a cub is born, zoos would pay an extra “cub tax” of 400,000 $. Country’s international trade deals were almost triggered by the panda agreements made with countries. When a trade deficit is the problem, China goes to the potential trade partner country with a panda deal on the table. When the situation was noticed by few researchers in the Oxford University, the old school economic models were no more the among the choices. The case of a panda named “Tai Shan” would be one significant example of how powerful Chinese policy instrument is. When Tai Shan inhabiting in a zoo in the Washington DC was requested back by China, officials at the National Zoo asked for an extension of its stay. However, the answer was a clear objection. Some authorities suspected there are several reasons lying behind such decision, including Obama’s meeting with the Dalai Lama who was a passionate of the Chinese government. Following this was the arms sale deal signed between Taiwan and the States announced over Chinese objections. China, today sees “panda” as an arm of diplomacy and often uses as a policy instrument in its bilateral relations and panda diplomacy has been changing the dimension of the political debates with its trade partners day by day.