The Fall of Venezuela 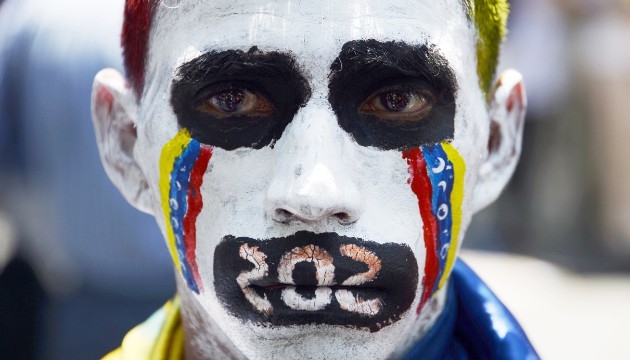 Although Venezuela has been characterized by political turmoil in much of recent history, many claim it is currently experiencing its lowest point in the century. The land gifted with the largest petroleum reserves is now caught up in the middle of a crisis that comprehends every aspect of life in the country. The situation in Venezuela encompasses much more than a dictatorial regime and an economic downfall. The country has an energy, healthcare, financial, humanitarian and security crisis filled with complexity and interdependence.

Venezuela relies on hydroelectric dams as their main source of energy, which provide for 60% of energy demand. The country has been facing its worst drought in 47 years, causing water to arrive in Caracas once a week and in poor quality. Due to a low water level, the state sanctioned blackouts of 4 hours a day, forcing hospitals, businesses and households to carry on using generators and candles. Clocks have been pushed by half an hour and the working week of government officials was reduced to two days a week in efforts to save more energy.

The energy crisis has contributed to Venezuela’s existing economic disaster. The fall of oil-prices has heavily hurt the Venezuelan export economy, which is 95 percent dependent on the export of petroleum. This was accompanied by the devaluation of the Venezuelan Bolívar, causing inflation to rise to more than 700 percent. Being ruled by radical socialist Nicolás Maduro, successor of the controversial Hugo Chávez, the country gradually lost commercial attractiveness for foreign investment, which was caused by the imposition of regulations, government take-overs and high tariffs. Venezuela officially occupies the place of the world’s worst economic performer, its economy contracting by 19 percent. In response to this extremely poor performance, President Maduro blamed political adversaries for supposedly starting an “economic war” with the help of the United States.

The country’s economic ruin has consequently impacted the lives of its citizens. People can only afford to buy food in state-run supermarkets, and only allowed to do so twice a week based on their ID numbers. Venezuelans can spend all day queuing up to find an almost empty supermarket, and having to buy whatever is left and trading it on the black market. This has also led to repeated sackings of supermarkets, bakeries, pharmacies and transport vehicles. Since the beginning of the crisis, Venezuelans are said to have lost around 9 kilos. Hunger has escalated to the point that Venezuelans broke into a zoo and slaughtered a horse for its meat. The desperation for food and tradable goods has then caused a rise in crime, people being shot for mobile phone or a bag of groceries. An independent study has officially declared Caracas as the most dangerous city in the world, with 20 murders for every 100,000 people and 1 in 5 crimes committed by a government official.

As a result of this situation, hospitals are crowded with people dying from malnutrition, firearm injuries and other treatable health issues. Due to underpayment and bad working conditions, around 13,000 doctors have left the country, leaving hospitals severely understaffed. Hospitals also lack about 80% of the necessary medical supplies, including not only medicine but also beds, needles, soap and paper. The few products and medicines that make it into the country have to go through an extensive bureaucratic system of distribution, required to pass through government institutions before reaching medical centers. Maduro argues that medicines are being held on purpose in order to instigate a coup d’état, and he has just fired the Minister of Health Antonieta Corporale after she released statistical data which shows a jump in infant and maternal mortality.

Authoritarian behavior has also affected the distribution of powers within the country, the pro-Maduro Supreme Court taking over the powers of the opposition-led National Assembly in March 29 of this year. While reversed only 3 days later, this ruling was the trigger of even more protests and political divide in the population. It caused the opposition to unify under 4 demands: the removal from office of the current Supreme Court, general elections in 2017, the opening of a humanitarian channel to enter medicines and supplies to Venezuela and the release of all political prisoners. In turn, Maduro decided to decree a citizen’s assembly to write a new constitution to ‘restore peace’ and preventing the opposition to carry on a “coup d’état.” Since the Supreme Court’s attack on the National Assembly failed, the opposition claims this is another attempt to legally neutralize the opposition-led legislature. They claim that the president is trying to maximize his power and delay elections, causing the presidential polls in 2018 to be postponed.

The last week has been characterized by several protests, where almost all the sectors have mobilized both in favor and against the Maduro administration. From doctors and lawyers to high schoolers and the elderly, Venezuelans have taken to the streets to fight for their rights and beliefs. Many of the protests are characterized by violence, with 40 deaths taking place since the beginning of last month and an increasing number of citizens being detained by the government’s military forces. Eleven Latin American countries have called Venezuela’s government to guarantee the right of peaceful protest, to which Foreign Minister Delcy Rodriguez referred to as an intrusion in internal politics.

It is of utter importance to avoid the oversimplification of such a crisis as the one happening in Venezuela. In this extremely globalized era, crises are not an isolated phenomenon and their consequences echo much further than in the regions where they take place. Venezuela suffers from a complex, multi-faced crisis and, in the words of Argentinean president Mauricio Macri, is everyday “one step closer to hell.”