A Link between Worlds: The History and Future of the Silk Road 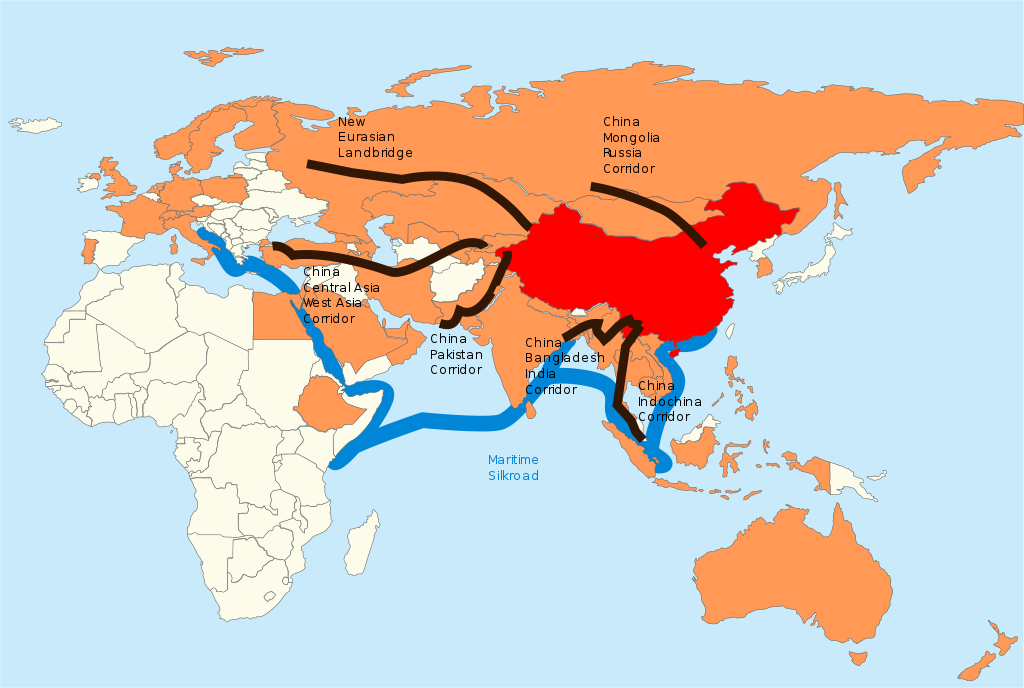 When taking a look at the countries that once constituted the Soviet Union, one notices either violent internal unrest and bloody civil wars, or ongoing stagnation and economic crisis. Even several developing countries in the global South seem to outpace the former Soviet Republics due to their lack of dynamism. This has not always been the case, however, for central Asia has known a period of great prosperity when its steppes were used as a road between China and Europe, namely the Silk Road.

The Silk Road, named after the most prominent product transported on this route, had been in use as early as the times when the Roman Empire ruled Europe. It did not make only the Chinese dynasties and European kingdoms flourish, but the regions along the road also saw an impulse of their economy. Not only products were transported, for knowledge and ideas were also exchanged between Europe and Asia. Explorers such as Marco Polo told exotic tales of great empires and mind-blowing technology. When European explorers discovered sea routes that led to both Asia and the Americas however, the Silk Route became out of use. Eventually, the trans-Atlantic trade became a higher priority to the European powers than the trade across the Eurasian land mass, leaving central Asia isolated and impoverished.

Recently however, Chinese president Xi Jinping has announced ambitious plans to revitalise the Silk Road, in order to make the export of Chinese goods easier. This announcement was part of the so-called ‘One Belt, One Road Initiative’ of the People’s Republic to improve both infrastructure in northern and central Asia, as well as maritime routes in the Indian Ocean. The plans to revitalise the Silk Road focusses on the construction of huge highways and long train tracks, spanning across the vast landmasses of central Asia, across Kazakhstan in particular. The purpose of the plan is to give a significant boost to Sino-European trade, in order to increase mutual benefit. This would give Europe plenty of opportunities, because through an increase in trade with China, Europe would be less reliant on the United States. There are far-reaching consequences attached to this development, because a more independent Europe will lead to a major power shift in the global order.

China’s policy is expected not only to increase Chinese exports to Europe, but also – as the ancient Silk Road did – to provide a huge economic impulse to the countries of central Asia. As the countries of central Asia are all landlocked, the huge infrastructure development plans will lead to a massive increase in commerce as well as job availability, not seen before in the region since the flourishing of the Silk Road. Becoming the connection between East and West once more, central Asia is very likely to be finally able to shake off dependency on Russia and become both wealthier and more independent.

As China is setting the plans in motion, critical voices can be heard, though. Asia analysist Tom Miller, for example, questions China’s motives to provide central Asian countries with huge infrastructure loans, because besides economic advantages China will also get political leverage this way. Also, as Europe has the opportunity to grow independent of the United States, it will have to become more dependent on China.

While there certainly are risks attached to cooperation with an increasingly powerful China, the plan to revitalise the Silk Road can be very beneficial for both Europe and central Asia. Massive funds have been raised and the first steps to construct infrastructure over the Asian steppes have already been set in motion. If the plan succeeds, China, Europe and most prominently central Asia will receive a huge economic boost. The steppes and hills of central Asia have been the main connection between East and West for hundreds of years – and they may very well become so once again.