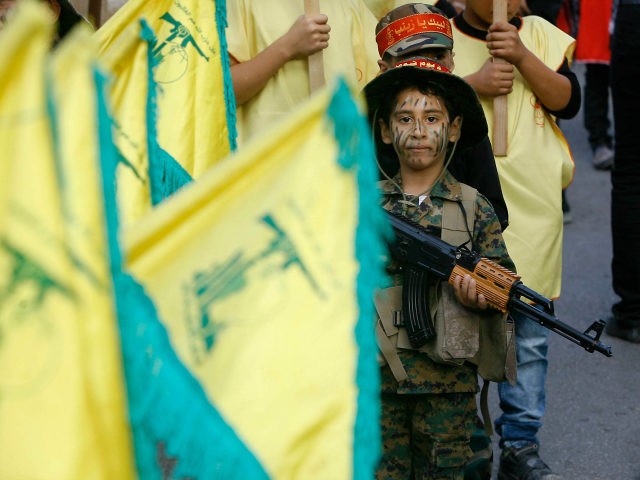 May 5, 2018May 6, 2018  Hessel Meinderts Asia Conflict and Security Economics and Finance The Americas

The Tri-Border Area (TBA) of Paraguay, Brazil and Argentina is the breeding ground of a peculiar partnership, which intertwines two of the most complex conflicts of this century: the wars on terror and drugs. It is home to a large and thriving Lebanese community that moved here in the 1980s, which only represent a fraction of the total Lebanese population in South America. In fact, Lebanese in South America outnumber those at home by over two to one. In turn, this diaspora has led to increased activity of Hezbollah in the area. At the same time, the TBA is known as the most porous and least manageable part of the South American heartland, which makes it a drug traffickers’ den. Hence, lying at the crossroads of the operations of Latin American drug cartels and Middle Eastern terror groups, the TBA provides the perfect foundation for collaboration between two of the United States’ arch nemeses.

The cooperation between the two, a phenomenon that has become known as narco-terrorism, makes perfect economic sense. Despite their differing ideologies and objectives, terrorist organisations and drug cartels both rely on illicit trade to finance their goals. Neither is interested in playing by the rules and they are both seeking for trustworthy trade partners. In places like the tri-border area, both groups can exchange goods and services like weaponry and drugs, increase their overseas productivity and borrow from each other’s qualities.

The primary actors that engage with Hezbollah are the infamous Mexican cartel Los Zetas and Brazil’s largest gang Primeiro Comando da Capital (PCC). For them, Hezbollah’s merit comes twofold. While Latin American drug syndicates often have extensive control over their respective territories, they are much less capable when it comes to accessing distant markets. With its extensive global network based on family, clan and religious ties, Hezbollah fills this gap. The level of loyalty and social cohesion within Hezbollah’s internal structure make it a highly reliable partner to deliver the “merchandise” for the narcos.

More importantly however are Hezbollah’s financial facilities, exemplified by the now defunct Canadian-Lebanese Bank. These quasi-legal financial institutions allow for efficient money laundering services that go well beyond the jurisdiction of the nation-state. For the cartels this is especially important, considering that they often lack the broad connection of businesses that make sure the money comes back clean. Naturally, this cleaner money is then easier to recycle back into operations that strengthen their domestic monopoly, which for the PCC, includes activities like bribery of state officials and suppression of opponents by kidnapping and execution.

On the other side of the bargain, Hezbollah also profits from their alliance with the cartels in two distinct ways. Naturally, the primary benefit for Hezbollah is financial, as selling drugs is a highly lucrative business in the Middle East. Particularly cocaine and captagon (a drug that is used frequently by IS fighters in combat) are highly demanded products in the Caliphate. This makes it a relatively easy and depoliticized source of income for Hezbollah especially since Iran, its main sponsor, is still recovering from the austerity caused by the sanctions regime imposed upon it. To illustrate, Hezbollah’s drug related revenue was estimated to be around 10-20 million a decade ago, which accounted for about 10% of its total military-related expenses. Currently, the figures have ascended rapidly: a single narcotics operation in Latin America yielded around 30 million dollars in 2014.

But there is also a geo-political element to the alliance, as Latin America provides fertile territory for Hezbollah to spread its ideology and build new relations. Shi’a influence in Latin America is already quite significant on the local level, as a result of the thriving Lebanese diaspora that settled here. Following the Trump election, several South American governments have become increasingly hostile towards the United States. Iran, and by extension Hezbollah, has exploited this opportunity to strengthen its ties with countries as Bolivia, Venezuela and Nicaragua. Due to high levels of corruption and bribery, drug cartels possess significant degrees of political influence in countries like Mexico and Brazil. Having a covert alliance with them might prove to be beneficial in developing cordial relationships with their respective governments.

Even though there exists no ideological overlap between narco-traffickers and islamic terrorists currently, they do share a common enemy in the United States. Currently, there is no enduring bond of shared grievances, as the cartels are not particularly driven by ideological hatred towards the West. Western Europe and the United States remain their largest market after all. Likewise Hezbollah is not remarkably interested in extending their relationship with the cartels to other areas. An intensification of either conflict by the Trump Administration does nevertheless certainly not rule out the possibility of further military cooperation, as both have proven to one other to be loyal business partners.