﻿How the Balkans are slowly going Green 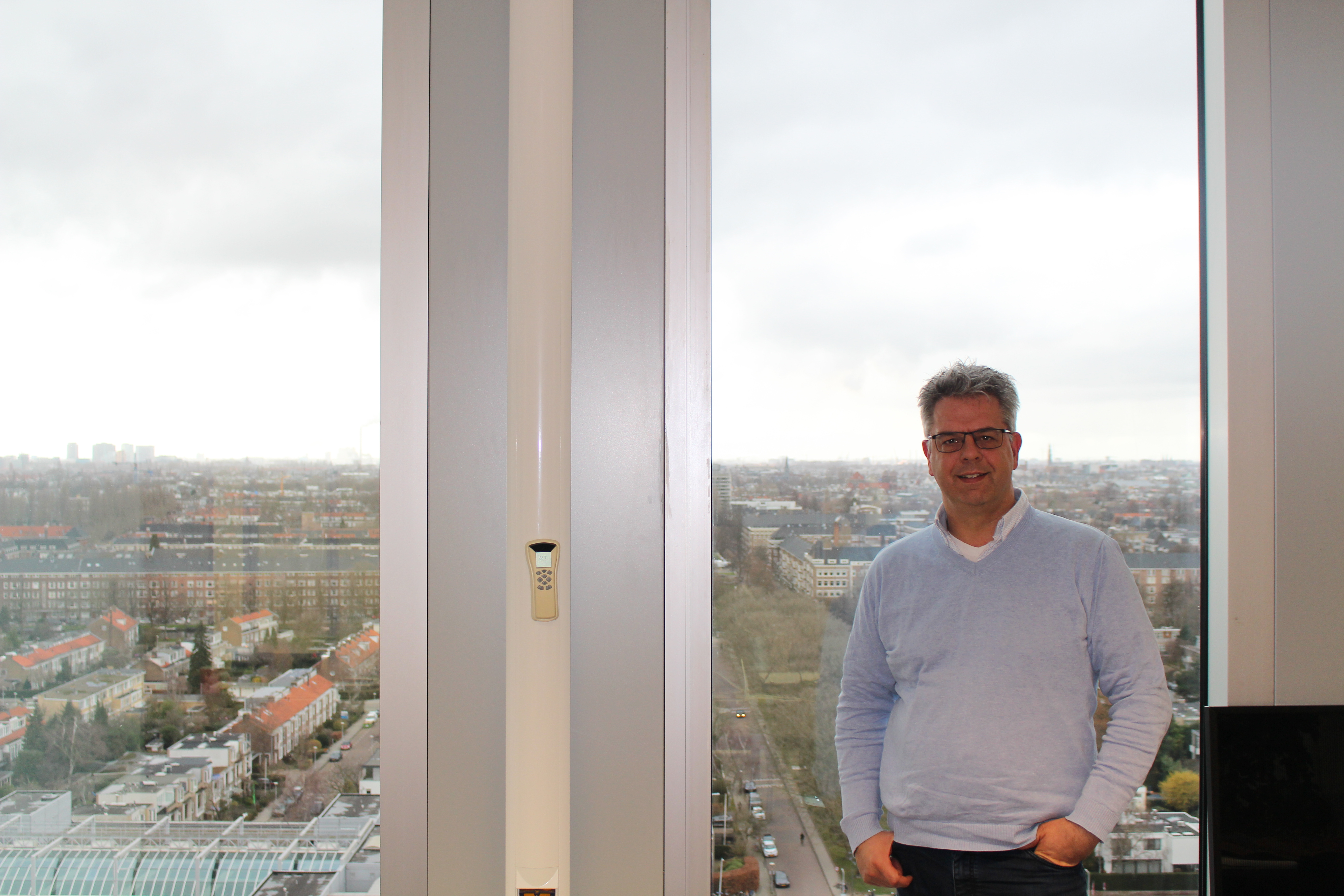 Perhaps it is his otherwise unremarkable apparel which makes him stand out between the white shirts and black suits which are ubiquitous on the Amsterdam ​Zuidas​. Arjan Visser has only recently started working for the Chinese energy group Hanergy and seems somewhat reminiscent of his time as a consultant working on climate mitigation in eastern Europe. “The atmosphere here is quite different from Sofia”, he admits as the elevator takes us up to the eighth​ floor of the World Trade Centre. Arjan Visser has been working for over a decade as an energy transition consultant in Eastern Europe, primarily Bulgaria; an entrepreneur and idealist at the same time.

‘I promote the opportunities we have in combating climate change in countries where energy transition is not yet considered a high priority. When I started studying – and I feel like an old man saying this – about thirty years ago, our collective focus was mostly on technical elements. Yes – solar panels were there. But how do you get them on top of a roof? How do you make sure they don’t blow off when the wind is strong? That technology has now matured. Solar panels have become fifty times cheaper than they were back when I was first learning about them. Wind turbines have a very similar story. Renewable energy has become big business. Although less so in Eastern Europe.’

‘There is a distinct lack of grand vision in the region. The countries in the Balkans have different priorities than we do here. The governments are focussed much more on surviving and on making sure their citizens can afford to heat their houses during winter, than they are on transitioning into clean energy. Beyond that, historically the region has never seen much room for bottom up initiatives. Back in the communist era, Sofia received its orders from Moscow. When they joined the European Union, the government and society expected Brussels to take over such role. Now, they are realising that the EU is not as much directive as they would have you believe in the United Kingdom, but rather takes on a facilitating role. The EU will not tell you what to do, but it can make your plans a reality. You want a loan for two million euros? No problem, as long as you have a solid business case and a clear payback period. As the civil servants that began their workings lives in the communist era slowly go into retirement, we are seeing that the Balkans, especially those which are EU member states, are starting to understand this system.’

‘A project in Northern Macedonia I was involved with had received an EU grant for improving local infrastructure. There was some money left and if they were unable to spend it in the next few months, they would have to wire it back to Brussels. The national government contacted all rural municipalities, urgently asking if there was any government building with a roof offering space for solar panels. The municipalities responded in great numbers. They are now hurriedly placing solar panels on school building and town halls across the country, hoping to get it done before the deadline.’

‘Governments in the Balkans lack a profound sense of vision. Their biggest stimulants for the climate transition are the directives and regulations agreed to in Brussels. However there is the odd somewhat lost entrepreneur who sees an opportunity in clean energy. The panels that are now being installed in Northern Macedonia are produced in a Macedonian factory by a man who saw solar panels as a sensible business idea.’ People are aware of the need for energy transition and the business opportunities that come with it.’

‘The biggest barrier to transitioning into green energy used to be the technology, while now it has much more to do with financing. My work has also shifted over the decades, from being focused almost exclusively on the technology, to communicating to financers. Fossil fuels are under pressure, because people in Balkan capitals suffer directly from high pollution levels caused by burning fossil fuel. Meanwhile, legislation, taxes and the European carbon tax are making fossil fuels more expensive, whilst renewable energy technology is becoming less costly to produce. Solar panels no longer need large subsidies to be attractive. If your roof is right, you can get your money back in five to six years in a growing number of European countries. All you need is the initial sum to invest. Subsidies can help, but eventually, the market has to take on the role of financing green investments.’

‘Maybe it is because of my upbringing, but I strongly believe in bottom-up initiatives. Sometimes you would think: if only there were a strong directive power that would just get it done. China is making incredible progress when it comes to renewable energy. In the west, commercial actors may not so much have the responsibility to make the energy transition work, but they do have the opportunities to do so. Money needs to flow back to the bank. After all, Sustainable energy also needs to be sustainable in a financial sense.’

Original image taken by the author.