China’s paradox: can increased authoritarianism be paired with economic liberalization? 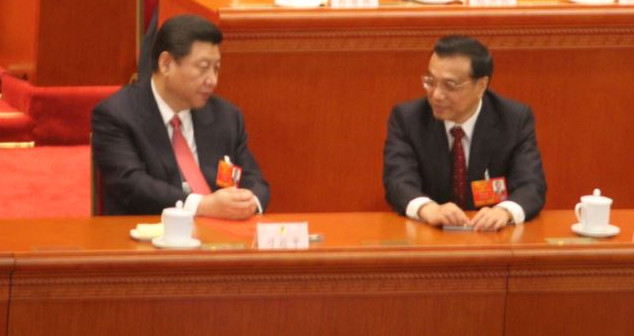 During his speech at the China International Import Expo on the 5th of November, President Xi Jinping further urged global leaders to resist protectionism and make concerted efforts towards greater economic globalization. Since becoming the president of the People’s Republic of China in 2013, he has redirected the country on a path of greater global engagement. Mr. Xi has stated that openness brings progress, while seclusion leads to backwardness. The president has cast China as the champion of free trade and mutually beneficial co-operation, further advocating for the end of protectionism, unilateralism and trade barriers. Under his rule, China has noticeably become more economically open to the rest of the world with increased emphasis on economic integration and interconnectedness. Speaking at the Import Expo President Xi stated that countries need to share the fruits of innovation and “join hands with each other instead of letting go”.

The Chinese leader has every reason to support greater economic integration. As China’s economy continues to grow, so too does its dependency on the rest of the world. This is why the president pledged to open its economy further at this year’s expo, by improving the fundamental role of consumption, building a more dynamic domestic market and continuing to lower tariffs and systematic barriers to promote bilateral trade and investment. China’s dependency is rooted in its intention to become a standard-setting technological superpower. Although the country continuously speaks of self-reliance, they still need foreign know-how to get there. In the long-term China also hopes for its own global brands to vie with Apple or Boeing which will require access to new markets overseas.

Although Mr. Xi is continuing to open up China’s economy by establishing cooperative economic relations with the rest of the world, there are a number of domestic developments underway that have invoked concern from democratic states. Following the Chinese economic reforms in the late 1970’s, many in the Western world and US believed establishing comprehensive trade relations with China would eventually lead to political liberalization. The foundation of these assumptions were based on majority of democratization theories which traditionally looked to the economy as precursor to significant political liberalization. Many locate the main casual factor as economic growth, with domestic populations increasing their expectations once their basic economic needs are taken care of. However, Mr. Xi’s unique presidency has cast extreme doubt on these assumptions. Accompanying his advocacy for increased economic openness has been a shift towards consolidating authoritarian rule over the people of China. As President Xi continues to tear down barriers in the way of foreign investment and trade, he is simultaneously putting up new barriers, drawing a strong divide between his intentions and Western liberal ideas.

President Xi has increased domestic control in a number of ways. He has mandated that those in positions of authority devote more serious study of and adherence to the Marxist-Leninist doctrine. In addition, he has undergone a systematic purge of the Party’s ranks in order to combat corruption. Although in some cases there seems to be reasonable justification for his actions, there is no doubt that he is determined to perpetuate his dominant role by getting rid of personal and ideological rivals. One of the largest steps taken was the constitutional amendment abolishing presidential term limits which now poises President Xi to rule the country indefinitely. Mr. Xi Jinping’s rule has proven that economic liberalization does not always result in political liberalization. On the contrary, Mr. Xi has ultimately shown that economic liberalization can be successfully paired with increased domestic political control. Some may question whether this form of governance can prove sustainable in the long-term. However, what China has shown over the last twenty years (through the combination of rapid economic growth and strict domestic control) is that socialism with Chinese characteristics may be far more durable than any of us would have expected.