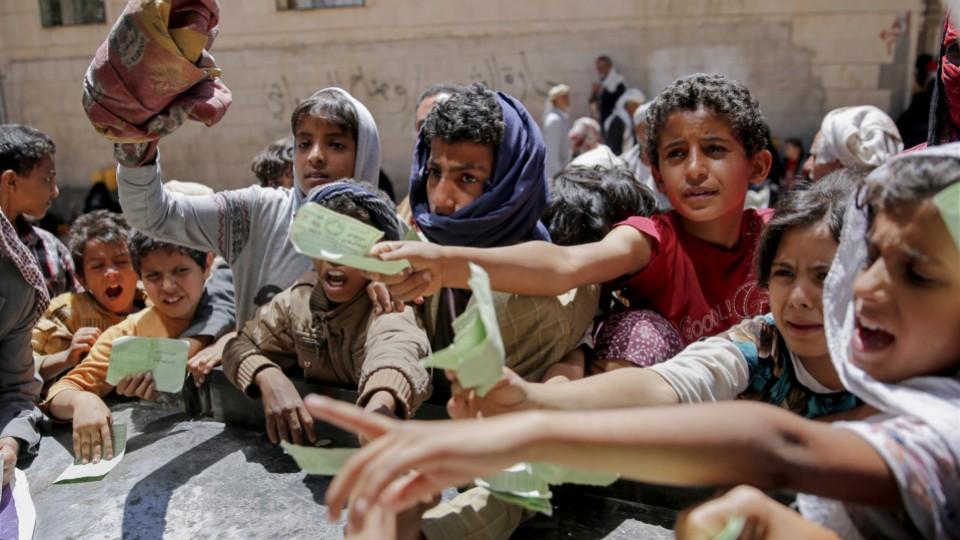 Yemen is currently facing the largest humanitarian catastrophe the world has witnessed in the last hundred years. Approximately sixteen million people are without access to adequate food supplies and require emergency assistance. The conflict within the country has claimed close to 100,000 lives. Additionally, around two million people have been misplaced with people being forced to desperately search for shelter in order to protect themselves from widespread violence and disease.

The relatively new country was officially formed in 1990 when North and South Yemen were joined together. Despite the end to partition within the country, both north and south maintained diverging opinions on how the country should be governed. This resulted in extremely fragile peace which has been paralleled with horrendous violence over the past decades.

The feeble peace ended in March 2015 with the beginning of the civil war. It started when the president Abdo Rabbu Mansour Hadi was forced to flee the country as a result of the Houthi rebels. These rebels were supported by parts of Yemen’s military whose loyalty lied with Yemen’s former president, Ali Abdullah Saleh. Subsequently, Saudi Arabia formed a coalition consisting of the Gulf Cooperation Council states (with the exception of Oman), Egypt and Sudan. The coalition was an attempt to restore the position of the internationally recognized government. They launched an extensive air campaign aimed at removing Houthi rebels from Yemen which were supported by the UK, US and France.

Four years after the eruption of violence in Yemen the civil war still wages on with detrimental impacts on the civilian population. Yemen has long been an impoverished country, even prior to the outbreak of violence. Thus, the violence has largely exacerbated the existing destitute conditions. In October 2018, the United Nations concluded that around 14 million people were on the verge of famine. Amongst those most impacted are children, with the UN stating that close to 85.000 children under the age of five may have died due to starvation. This figure is likely to have tremendously increased today.

In addition to the widespread shortages of food and safe water, there are also shortages of sanitation and healthcare. Deadly outbreaks of cholera and diphtheria have had devasting effects on civilians. UN High Commissioner Michelle Bachelet stated that “every imaginable source of human misery and suffering is tied up in this single conflict: war, disease, famine, economic collapse, international terrorism, widespread human rights violations and probable war crimes”.

At the outset of the war, Saudi officials estimated that they had expected the war to only persist for a few weeks. However, the Houthis remained in Sana and the conflict has continued. In November 2019, both sides signed a power-sharing agreement. This agreement grants the separatist group with equal representation and places their weapons under government control. Although this marks a significant step forward in establishing peace within Yemen, the agreement itself is loosely worded and can be open to interpretation. Additionally, it also sets an ambitious timeline for its implementation which is likely to result in further tension.

Despite the relative steps forward in establishing and consolidating peace within Yemen, the dire humanitarian crisis persists. Humanitarian organizations and workers are heavily involved in providing millions of people with humanitarian assistance to meet their basic needs. In 2019, an international fundraising conference for Yemen took place in the UN offices in Geneva. The conference secured two billion dollars in humanitarian aid for Yemen, doubling the previous year’s donations.

Although this may appear to be a positive development, there is an inherent contradiction. Amongst the main donors are Saudi Arabia and the United Arab Emirates. These states are also two of the leading international parties in the conflict. Additionally, major allies of the Saudi coalition – the UK and the US – also provided large donations at the conference. Thus, the donor countries that appear to be helping alleviate the crisis are simultaneously those who are destroying Yemen’s infrastructure and thus worsening the situation. Undoubtedly, this is problematic.

It is clear that humanitarian aid can only provide short-term relief to the widespread suffering of Yemeni’s citizens. It does offer a long-term solution to the crisis. In order to adequately alleviate human suffering, it is imperative that all parties involved in the conflict commit to the preservation and establishment 0f peace. Although the Stockholm agreement marks a breakthrough, there is likely to be major disagreements with certain provisions in the near future. Therefore, the hard work for securing peace is only beginning and will require concerted efforts from all parties involved.