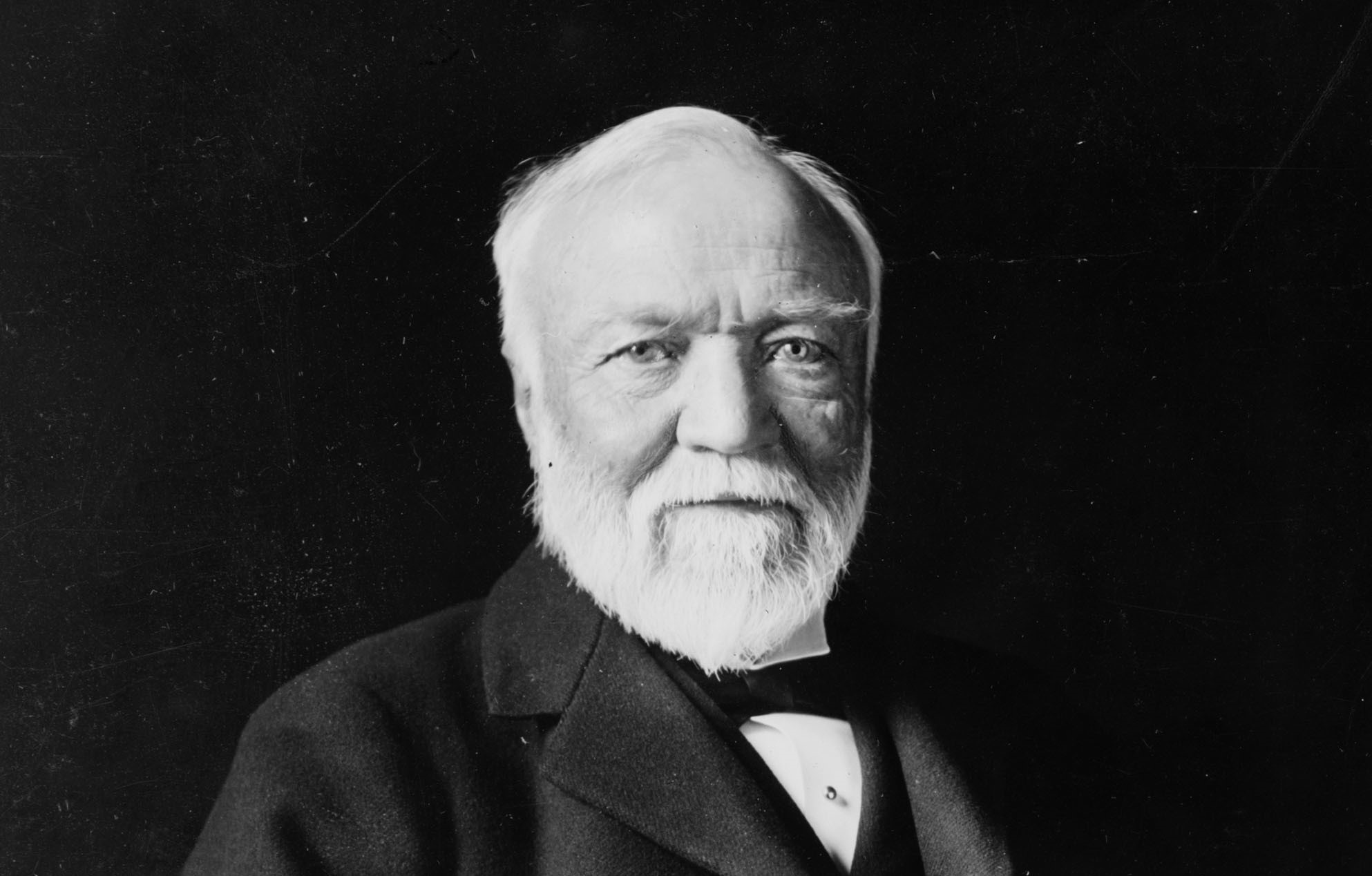 Andrew Carnegie (1835-1919) – a Scottish-born American industrialist who is among the wealthiest persons to have ever lived – is widely regarded as the father of modern philanthropy. After growing up in the face of abject poverty and having to migrate across the Atlantic, Carnegie built his unfathomable fortune in the American steel industry. Although the ways in which he acquired his wealth are controversial, he spent it both wisely and tirelessly. In fact, many of the world’s wealthiest still follow in his footsteps, as they pledge to devote a significant proportion of their riches to philanthropy. Accordingly, in light of the centenary of Carnegie’s passing, this article sheds some light on his troubled youth, meteoric rise and lasting legacy.

Carnegie was born into a working-class family in Dunfermline, Scotland. His father was a handloom weaver and a Chartist who believed the conditions of the working class would improve if the masses were to gain political leverage at the expense of the landed gentry. Carnegie’s mother sold potted meats and worked as a seamstress for local shoemakers. Despite their strong work ethic, the Carnegie family was exposed to severe economic hardship due to a bitter recession and the advent of automated weaving technology.

Hence, in 1848 they migrated to the United States in search of a better life, where they settled in Allegheny, Pennsylvania. As Andrew’s parents had difficulty finding work, he had to drop out of school to help provide for his family. At age 13, he already worked 12 hours a day, 6 days per week. During the following years, Carnegie rapidly ascended the career ladder, starting out as a bobbin boy in a cotton factory and working his way up to become a personal secretary, railroad superintendent, financial investor and bridge company owner.

Carnegie founded his first steel plant in the early 1870s, after which his business ventures grew into an imperium that came to dominate the American supply chain for steel. Thanks to his exceptional business foresight and swift implementation of scientific and technological innovations, Carnegie managed to outsmart his competitors and became a true steel magnate. He reached his heyday in 1901 when he sold the Carnegie Steel Company to J.P. Morgan for a staggering $480 million, which left him with a net worth that would amount to approximately $372 billion in 2014 dollars.

After this buyout, Carnegie decided to dedicate the remainder of his life to philanthropy. Indeed, giving away his money became a full-time occupation, as he donated nearly 90% of his fortune during the last 18 years of his life. These philanthropic endeavours mainly revolved around the themes of science, peace and education. Accordingly, Carnegie funded, inter alia, the Peace Palace in The Hague, some 2,500 to 3,000 public library buildings, approximately 7,600 church organs and the Carnegie Hall in New York City. Moreover, countless organisations, including the Carnegie Mellon University and the Carnegie Endowment for International Peace have enjoyed his patronage. In fact, the world even owes its gratitude to Carnegie for the existence of insulin and Sesame Street.

In spite of his generosity, critics have subjected Carnegie to legitimate scrutiny, for they identified a rather stark contrast between his words and deeds. For example, Carnegie regularly advocated for union rights whilst his employees paid a high price for his ruthless quest for efficiency. They had to work long hours in deplorable safety conditions in exchange for ever-lower wages. In 1892, their discontent led to a strike at one of Carnegie’s plants, which was violently suppressed in what is now known as the Homestead Massacre. Furthermore, even though Carnegie was an anti-imperialist pacifist, his steel was undoubtedly put to military use by the US armed forces. Nevertheless, these critiques may have contributed to Carnegie’s sense of moral duty to use his private wealth for the public good. He had previously enunciated this notion in an essay entitled “The Gospel of Wealth”, in which he persuasively encouraged affluent individuals to spend their fortunes benevolently.

Carnegie’s rise from rags to riches is a textbook example of the American Dream that provides a compelling case for meritocracy. As a young boy who grew up to be a destitute migrant deprived of formal education, Carnegie’s shrewd business acumen allowed him to thrive as a steel tycoon. As such, he exhibited an extraordinary feat of vertical social mobility. Similarly, although the Carnegie family first fell victim to the perils of industrialism, Andrew managed to identify ample opportunity to use these transformations to his advantage. In doing so, he became a pivotal agent of the Second Industrial Revolution.

More broadly, Carnegie’s pursuit of perpetual peace has shaped the very premises of the rules-based international order, with principles such as the peaceful settlement of disputes being of paramount importance to its stability. Yet, Carnegie was crestfallen by the fact that his efforts had failed to prevent the First World War. Likewise, he would probably have felt dejected to find out that his vision of universal renunciation of military intervention as a foreign policy tool remains a quixotic ideal to this day.

Nonetheless, Carnegie understood like no other what George Bernard Shaw – one of his contemporaries – so eloquently conveyed when he wrote that “[t]he reasonable man adapts himself to the world; the unreasonable one persists in trying to adapt the world to himself. Therefore all progress depends on the unreasonable man.” Indeed, although Carnegie died merely two months after the Treaty of Versailles was signed, his struggle lived on in the Wilsonian idealism that led to the institutionalisation of some of the principles he had cherished so deeply. It is the same spirit of progress that has facilitated numerous breakthroughs in a plethora of fields, ranging from medicine to robotics and from physics to economics. Thus, whereas Carnegie’s wealth was easily quantifiable, the value of his luminous legacy is beyond reasonable measurement.

The Giving Pledge, ‘About the Pledge’.

The featured image is available in the public domain and has been cropped for aesthetic purposes by Niels Renssen.