Wind of change or bureaucratic desolation? The future of wind energy in Europe 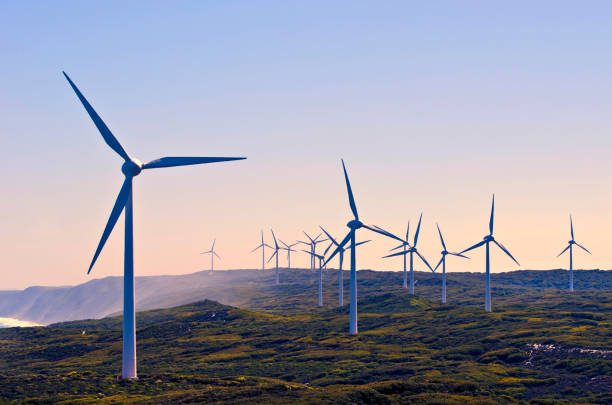 When asked to name a piece of good news from 2020, most of us would probably struggle to find the positive amidst the death, danger and desperation. One thing that did manage to cheer us up momentarily were the pictures of wildlife reclaiming previously human-infested spaces emptied by the pandemic. Who does not smile at the sight of dolphins taking a trip to see Venice? The (almost) global lockdown gave an impressive image of what is possible when human-made pollution slows down. The question then arises, what do we do to make this a constant scenario? As we all see and experience, shutting down human life in almost all regards except eating, sleeping and working is not the answer. But then, what is? One way of reducing emissions is by switching our lives from fossil fuel-based to using renewable sources. But it is not only a matter of using a solar photovoltaic panel instead of a coal-fired power plant. Instead, we need to transform the entire energy system. Putting a sail on a car is not viable (although, let’s be honest, it would be pretty fun), but using a battery instead of a combustion engine and powering said battery with electricity generated by a wind turbine absolutely is. Unfortunately, it is not as easy as it sounds. Any unit of electricity that we use has to be produced at exactly the moment that we use it. Storing electricity is fairly complicated and so whenever we put on the kettle or plug in our phone to charge, somewhere the electricity has to be produced right at that moment. Now, imagine that everyone happily drives around in their electric cars, gets back home in the evening and plugs in their car to charge for the next day. Not only would this put an extreme strain on the grid itself (remember from your physics class that you cannot shoot an endless amount of electricity through a cable) but also on the production sites. For a coal- or gas- fired power plant, such an increase in demand is not a big problem. But what do we do when the wind is not blowing in our lovely offshore wind park at the exact moment that everyone is trying to charge their car?

One option to mitigate this risk is to increase the installed capacity of wind power so that the turbines are able to actually supply the electricity demanded. Fortunately, building new wind parks is on the agenda of a lot of European countries for the upcoming years. While the Netherlands has had a particularly good year in 2020 in terms of the amount of new offshore wind turbines, the numbers for Germany have been the worst they have been since 2010. In order to keep track of the Member States’ progress and make sure they stay on the path to EU-wide climate neutrality by 2050, the 2018 Clean Energy Package requires Member States to each submit a National Energy and Climate Plan (NECP) including the targets, measures and policies each Member State implements to achieve its energy and climate objectives. Additionally, a progress report has to be handed in every two years. While the NECPs are an important step to streamline and assess each Member States’ efforts, experts criticise that when it comes to wind energy, most NECPs do not go into enough detail on how to solve permitting issues. This is a major problem, as permitting is one of the biggest hurdles to implementing new projects or renewing old ones. Being granted a permit for an onshore wind park can take as long as five years. This is not only alarming in the face of a rapidly warming planet that does not wait for permission to increase global mean temperatures, but also considering the fast development of new and improved technologies for wind turbines. After five years, the technology that was presented in the permitting application might already be outdated.

According to Giles Dickson, CEO of the lobby group WindEurope, procedures such as environmental impact assessments are badly structured and often unclear, resulting in major delays in the permitting process. The NECP would be an ideal opportunity to start tackling this problem. In order to achieve the target of the Green Deal, European countries would have to install an additional capacity of 20 GW annually. In 2019, the real figure was only at around 15 GW. Clearly, change is necessary. Whether the Covid-19 pandemic turns out to be a distraction, or whether it will be taken up as an opportunity remains to be seen.