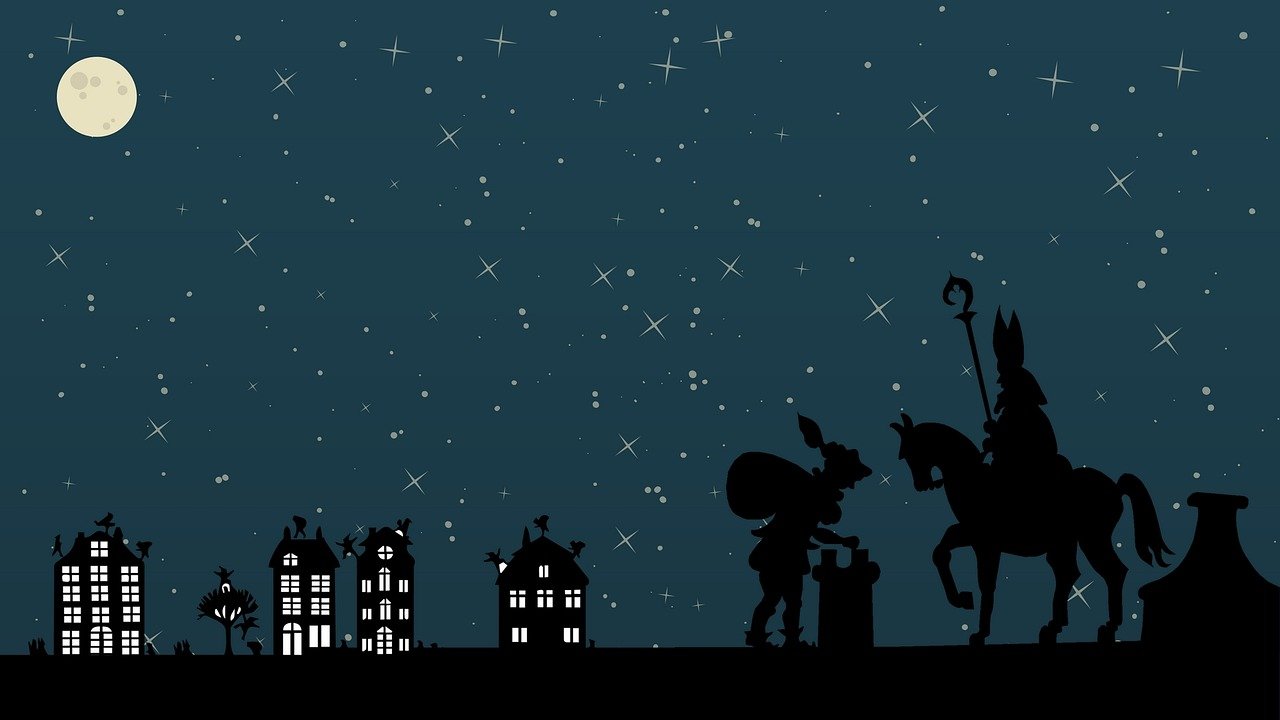 As some of you might have noticed, the little brown biscuits we in the Netherlands call “pepernoten” have vanished  suddenly. The Dutch are very strict about their pepernoten:  Sinterklaas was celebrated last weekend, so they cannot be sold by supermarkets anymore. From now until September 2022, they exist merely in our minds.

Sinterklaas is a Dutch and Belgian holiday, celebrated on the 5th of December in the Netherlands and on the 6th of December in Belgium. Some old colonies of Belgium and the Netherlands celebrate it as well, like Aruba (but this is very rare). The character Sinterklaas is based on the Saint Nicolaas from Myra. He was born in Turkey and became a Saint through one particularly famous story. There once was a very poor man with three daughters, who would have to prostitute in their later lives to get by. Saint Nicolaas loaded them with gifts, which changed the daughters’ futures: they did not have to prostitute anymore. He threw the gifts through a window, which is most likely where the tradition of throwing pepernoten comes from. Sinterklaas lives in Turkey and goes to the Netherlands by boat, making a stop in Spain to get gifts and candy for the children. It is unsure where this part of the story comes from.

On Sinterklaas eve children put their shoe near a chimney (if they have one, otherwise they will put it close to the window or heater). They will sing a little Sinterklaas song for the Pieten (Sinterklaas helpers) or Sinterklaas himself and the next day their shoes are magically filled with gifts. Sinterklaas has a grey horse called “O-zo-snel” (I grew up with Amerigo, but he passed away last year) and as an avid animal lover, I would always put a carrot in my shoe as well. The next day the horse would have eaten the carrot and sometimes even left a thank you note.

Of course a Saint buying gifts for three million children does not exist, nor a horse that can walk on the roof without the roof collapsing (we are just going to ignore the question about how the horse even gets on the roof?). Once children discover that, Sinterklaas is celebrated a little bit differently. Groups of people draw a ticket with a name of one of the persons they celebrate with from a pot (this year I celebrated with my roommates and my parents, so two tickets for me). They then buy gifts within the budget set by the group and write a poem for the person on the ticket. This can be a nice poem but it can also be a (loving) roast. Some families also include craftworks called ‘surprises’ in their Sinterklaas tradition. They craft something that relates to the person on their ticket and put the gift in their work. Since I play the piano, I got my fair share of crafted pianos with gifts inside of them.

Of course Sinterklaas cannot be explained without addressing the elephant in the room: Zwarte Piet/Black Pete. Since a lot has already been written about this sensitive topic, I will keep it short and clear: the character Zwarte Piet is racist. It is problematic that Sinterklaas is white and has black helpers. Zwarte Piet is supposed to go through dusty chimneys to deliver the presents, giving him his black look, not because he is actually black himself. He is now illustrated with chimney sweeps all over his body and face, which is much better and even makes the story more convincing. The concept of Pieten in itself is not necessarily racist and it is a good development that the Netherlands now has Pieten with chimney sweeps and in different colours. Although it is still a hotly debated topic in the Netherlands, and there are still many people that do not agree with this new development. This can be seen for example by the riots last week in Volendam.

I really like Sinterklaas: it is all about nostalgia and feels like my personal Christmas. I get together with my family and I give and receive gifts and poems. Some people celebrate Christmas very extensively in the Netherlands and thus prefer that over Sinterklaas, which is fine as well. The most important thing in both traditions is celebrating with your family. Traditions can change over the years, which is great and how it should be.

Sinterklaas is now on his way back to Turkey. I will finish my last batch of pepernoten and look forward to getting revenge on my father for roasting me in his poem on the 5th of December 2022.