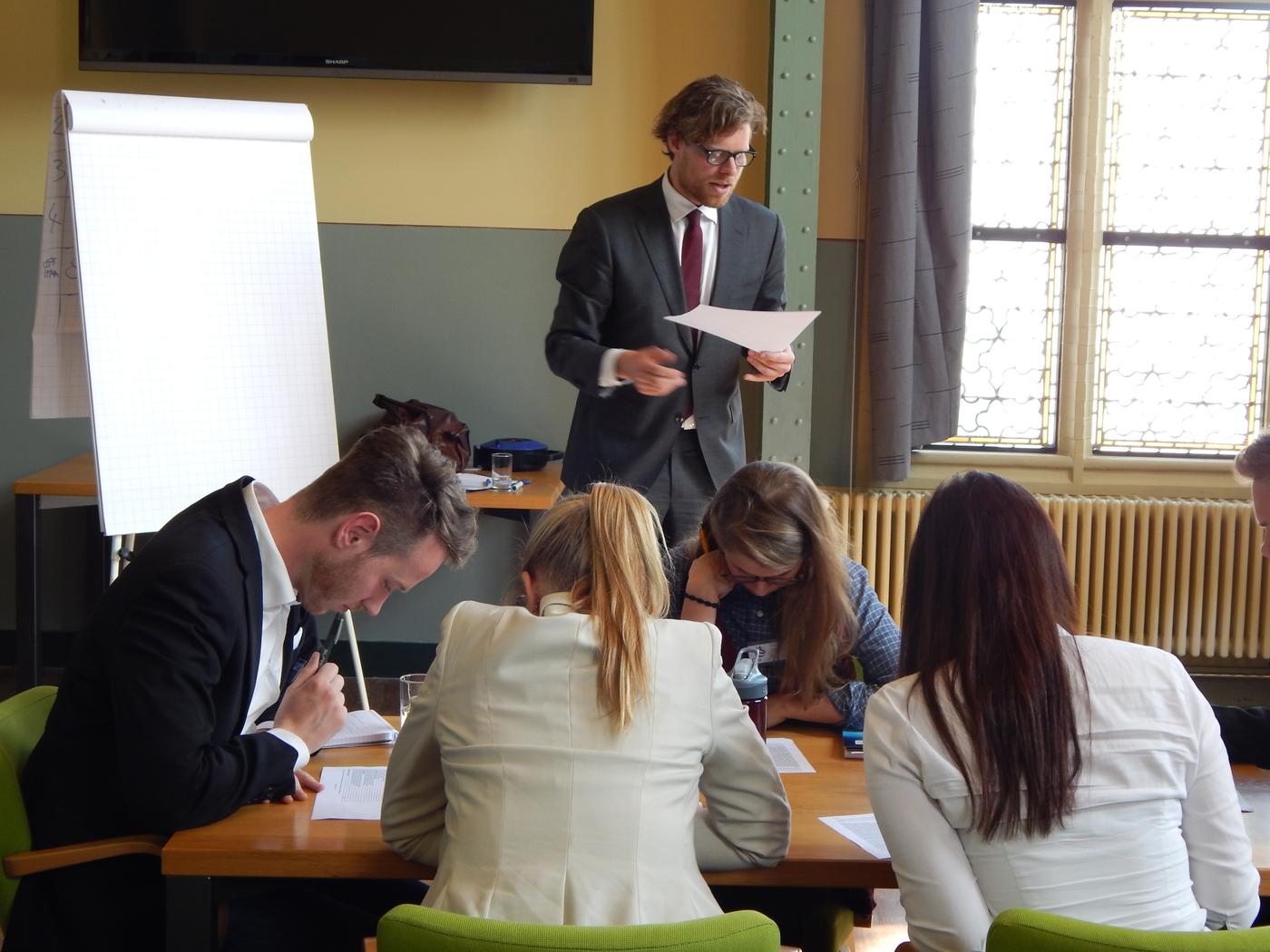 On 30th April 2015, Clio welcomed a number of diplomatic guests, professors and 150 university students to Het Kasteel for the annual Clio Conference, this year entitled Diplomacy Unravelled: Power and Prudence in a New Era.

Many students of International Relations have a strong interest in diplomacy but few know its inner workings, and although frequently alluded to on the Bachelor programme at Groningen it is rarely examined in depth.

With this in mind, the Conference Committee set out to organise a conference which would explore in detail the various dimensions of diplomacy, allowing motivated students an opportunity to learn about the profession from an array of distinguished diplomatic speakers.

The conference was opened by Master of Ceremonies Mr. Jan-Willem Bertens, former Ambassador of the Netherlands to Central America, who captivated the audience with some enthralling anecdotes from his career on the diplomatic frontline. The keynote address was then given by His Excellency Mr. Håkan Emsgård, Swedish Ambassador to the Netherlands, who provided conference attendees with some intriguing insights into the unique aspects of diplomatic life which set the profession apart from other careers.

The Conference Committee set out to organise a conference which would explore in detail the various dimensions of diplomacy, allowing motivated students an opportunity to learn about the profession from an array of distinguished diplomatic speakers

Mr. Emsgård was followed by Mr. Jan Pronk, former Minister and Special Representative of the UN Secretary-General in Sudan, who emphasised with eloquence and passion the importance of diplomatic conciliation in the face of military conflict. Rounding off the plenary session was Ms. Désirée Bonis, former Ambassador of the Netherlands to Syria, who spoke of the multiple challenges encountered by diplomats when representing their countries abroad. In keeping with the conference focus on the modern age of diplomacy, Ms. Bonis further highlighted many of the changes which the diplomatic profession has undergone in recent years.

In the afternoon a range of interactive workshops took place, enabling participants to engage in greater depth with the specific aspects of diplomacy which interested them. These included Diplomatic Negotiations, Commercial Diplomacy, Diplomacy and NGOs, Diplomacy and the Media, Military Diplomacy and the Future of Diplomacy, and were led by a host of current and former diplomats and distinguished professionals from the field.

After closing speeches and some thunderous applause for the speakers, the day was brought to an end in the ever-convivial setting of an open bar, where Bachelor students mingled with Ambassadors and discussed the day’s events.

All told, the conference proved to be a successful and engaging experience for speakers and participants alike. Many of the latter were inspired, departing Het Kasteel with enhanced knowledge and an increased desire to enter the field of diplomacy themselves.