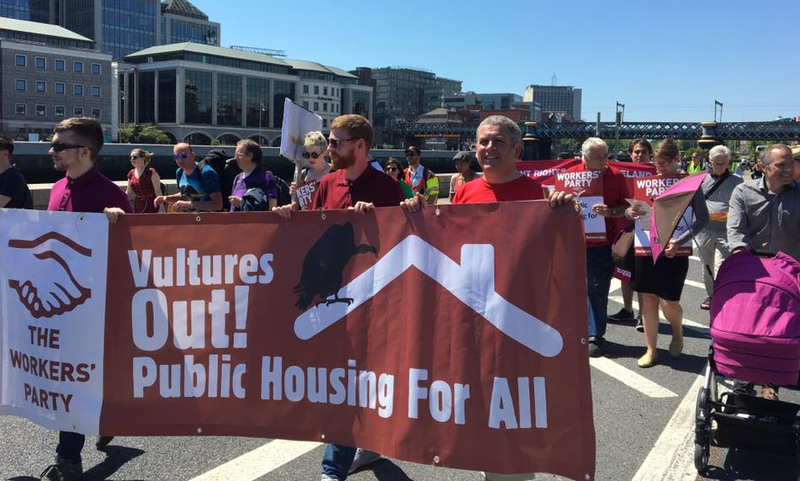 As inequality continues to skyrocket unabatedly, we should all take a look at what is happening within our cities and towns. London, a true playground for the rich, has recently appeared in the media because of new, and extremely controversial, housing developments popping up all over the city. You would think that a city facing a housing crisis would be collectively jumping for joy at the prospect of new homes being built. This, however, could not be further from the truth.

According to building regulations within each borough of London, when a housing development is undertaken a certain percentage of the new developments have to be set aside as affordable housing for low income earners within London. However, this rule is being bent and broken continuously by the housing developers who are buying up large swathes of invaluable land in London and building lavish skyscrapers for us all to marvel at. One might ask how this is happening, and the answer is found within the fine details of Section 106 of the Town and Country Planning Act 1990. Section 106 (S106) requires developers to make a financial contribution to the local authority in order to offset the effects of the new building on the local community. A financial contribution of this sort should, in theory, be used to invest in the local infrastructure in order to support the influx of people into the area, and to maintain the standard of living for those incumbent inhabitants. Roads, schools and other public goods should be benefitting from these new grandiose buildings being erected throughout London: communities should flourish.

Yet, as local council budgets have continued to be slashed year after year, S106 has become a way in which councils can raise funds by scraping as much money as possible off the top of the developments in their jurisdiction. This has created a somewhat universal truth in the development industry in the UK: the bigger the project, the bigger the pay-off for the councils. Once you get your head around this legalised bribery, you can understand how the relatively small municipalities of Greater London are bowing to the stunning influence of international capital, and how these investors are being allowed, time after time, to avoid building any social or affordable housing as long as the ‘financial contribution’ to the local area is deemed sufficient. Furthermore, with this amount of money being beckoned into the capital,

any politician who stands in the way of these housing developments is labelled as an anti-growth mercenary who wants to see the British economy turn to rubble.

Due to the fact that local councils can fill the monetary void created by government cuts by promising land to large developers, more and more council estates in London are being emptied, flattened and reborn as million pound playpens for oligarchs and footballers. Some council estates, such as the Heygate Estate in south London, look like modern ghosts towns; haunted by the former communities that lived there and eerily awaiting the rumble and reckoning of bulldozers. These desolate council estates highlight the illogical nature of the housing crisis in London; where people cannot afford to live in the city and working families are being pushed further and further into the fringes of Greater London, despite the fact that there are thousands of empty houses that could be turned into homes.

The most poignant indications of this resurgent class war can be found in the architectural intricacies of the buildings themselves. Within a block of flats that has been newly developed, and which contains both apartments that are market-priced and those that are designated as affordable housing, there are two entry doors: one for those who own the expensive apartments, and one for those who live in affordable/social housing properties. The decor of these two different entries cannot differ more and only accentuate the fragmentation of local communities.

The entry point for the expensive flats are embodiments of wealth, style and superiority. Whilst the other entry point, which has tragically been labelled the ‘poor door’ by the media, are hidden, shrouded and left to fester in weeds and damp.

The use of two separate doors, quite literally, splits the community in two, segregating those according to wealth and status. On one hand, those who own the expensive apartments walk through an entrance which simply reinforces their reality of London: a thriving metropolis of ‘work-hard-play-hard’ entrepreneurial folk, who can afford to gorge themselves on everything London has to offer. On the other hand, those who walk through the ‘poor door’ see the untamed weeds, the decaying wallpaper and the ever-increasing damp which act as a bitter reminder of the state’s reluctancy to notice them and provide them with the help they so clearly need.

The building boom in London contains a moral fable for us all. If developers are allowed, and even encouraged, to relentlessly build and bribe local councils at will, then those who do not have a political voice, or the capital to speak on their behalf, will be pushed out of their communities and forced to live else where. Those few who are granted social housing within the new developments will be consistently reminded of the dismal truth whenever they approach their front door. These new developments, that continue to rise up and wrestle with their opponents in the ever-expanding London skyline, are a microcosm that personifies the social crisis we face: a new type of apartheid. Segregation that isn’t fuelled by rhetoric or violence, but segregation that takes it shape in the very bricks and cement of the buildings that surround us.