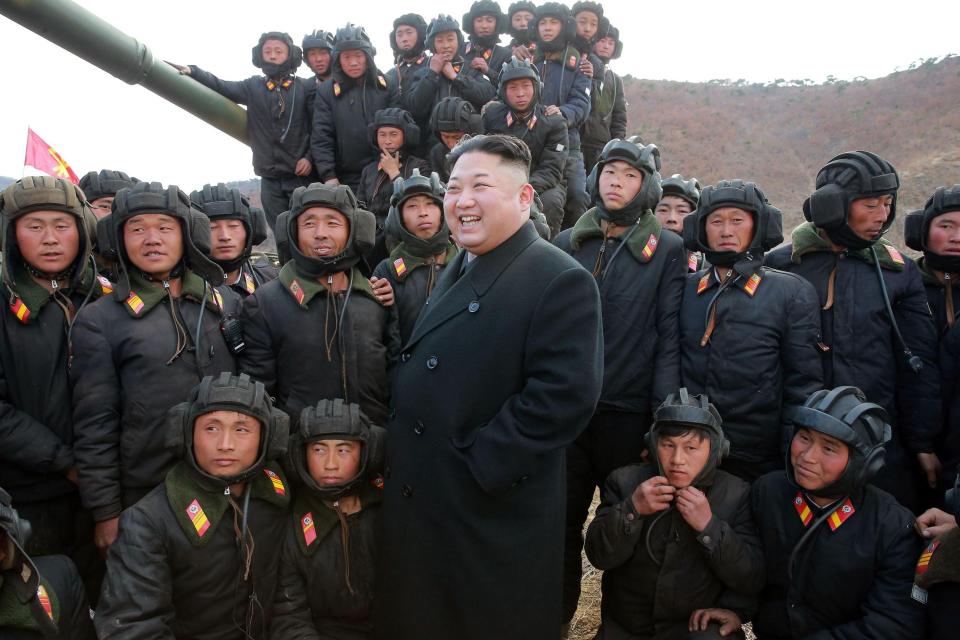 It has been over two weeks since Easter has finished. Normally, Easter greetings are coming from the conventional authorities, like the Pope (in 65 languages) or country leaders of the Western world. North Korea can be listed on the bottom in terms of likelihood to receive Easter greetings from, somewhere in between Syria and Saudi Arabia. Therefore, it seemed to be rather stunning that the Easter greetings from North Korean vice-ambassador of the United Nations (UN) Kim In-ryong were not adopted as breaking news by CNN. For some reason, CNN donated its – meanwhile widely famous – headliner on the bottom of its channel to a different statement of In-ryong. A statement that, in this time, did not seem to be so controversial as claimed: “The USA has created a dangerous situation in which a thermonuclear war may break out at any moment.”

Two and a half weeks after this statement, and a library full of articles regarding this diplomatic clash later, a thermonuclear war has not broken out yet. Even though plenty of tough words have been spoken out from both sides and even though the whole world skipped a heartbeat during the 105th birthday of North Korea, neither side started a nuclear war. Nevertheless, a solution has not been found either. Both sides have left the negotiation table because neither of them accepts each other’s demands. In this playing field, President Trump of the US has several options, each of them with tremendous different consequences.

Diplomatic solutions seem, as mentioned due to different negotiation stands, further away than ever before. Trump wants North Korea to give up on its nuclear weapons, a demand North Korean leader Kim Jong-un is unwilling to fulfill. The leaders of the northern part of the Korean peninsula might be insane, yet stupid is the wrong label for them. In the past decades, two other countries in different regions in the world satisfied the American demands and gave up their nuclear weapons. These countries, Iraq and Libya, found themselves in a warzone soon after that is still there as of today. The fate of the formal leaders of these countries, respectively Saddam Hussein and Muammar al-Gaddafi, is widely known. Effectively, Kim Jong-un understands that giving up his nuclear weapons is similar to suicide on the long term.

Secondly, a military intervention with an effective regime change is optionable for Trump. The American troops easily overpower the North Korean ones, technologically as well as quantitatively. However, this option seems to be the least wanted outcome for the whole world. Trump is able to defeat Kim Jong-un, but massive burden will take place either way. If the American troops attack Kim Jong-un, the North Korean missiles are at the very least able to destroy the metropole of Seoul, capital of South Korea. Also, an overthrow of the North Korean government will most likely lead to a struggle for power among the leftovers of the North Korean officers and ministers. Combined with the ineffective regime changes the USA has dealt with in its past, this option seems to be very remote. Not even mentioning the dramatic refugee crisis this move will cause, both in North Korea as well as in South Korea.

Pursuing results through diplomatic action or military intervention both seem thus ineffective or carry unpleasant implications. Still, both countries do have common interests. If one thing is clarified after these weeks of threatening statements from both sides, it is that the US nor North Korea want to start a nuclear war. The costs of a nuclear war totally outbalance the benefits for both countries. Hence treating Kim Jong-un as an equal diplomatic relationship might be the best possibility for Trump. Implicitly, this means that North Korea keeps its nuclear weapons and technologies and is able to use them worldwide. This solution is extremely unattractive, yet it is the most pragmatic one. Kim Jong-un will not start a nuclear war, since he is aware of the unpleasant outcomes of such a war for him and his country. If he is taken seriously by other major actors, Kim Jong-un might return to the negotiating table and new international policies can be drawn from there.

Yet, if Trump decides to follow this diplomatic opportunity, he tacitly rewards a country for building up an opaque nuclear system. If Trump refuses to be responsible for that, he still has a very last call, but he will need to cooperate in order to succeed this one. Namely, the North Korean economy is to an extreme extent dependent on China. If China decides to quit all trade transactions with North Korea, Kim Jong-un will face an almost immediate economic disaster. If all North Korean foreign financial assets are frozen as well, his nuclear program can then be regarded as a failure. Nonetheless, China’s leader Xi Jingping is reluctant to create an unstable situation in North Korea, mainly because he fears that eventually a massive refugee crisis could be a consequence of this act. Jingping also recognizes a probable threat in Kim Jong-un if he has nothing to lose anymore due to major economic instability.

In times like this it is hard to predict which policy will be adopted by an impulsive person like Trump. His satisfying words towards Jingping seem relieving, and both China and the US stated they are not pursuing a regime change. Yet, just as the other first 100 days of his presidency, nothing can be excluded. A man that first claimed NATO was obsolete but later withdrew that statement because he “didn’t know much about it then”, or who says he thought the presidency “would be easier” than he expected, or who has been bashing on NAFTA for an entire campaign, calling it “the worst trade deal ever made” but ultimately does not withdraw out of it because two other country leaders persuade him of its importance, is harder to predict than a 5-year-old child.

It remains remarkable that Trump is much more eager to tackle the North Korean problem than Jingping. Maybe Jingping understands better that rationality is not a monopoly kept by Western states, but that it also occurs in North Korea. Maybe Trump thinks the US, after 8 years under Obama’s presidency which was known for its peacekeeping, is keen to support a president who regards the North Korean conflict as top priority in his foreign policy. Noteworthy, because of his campaign promises of “America First”. Either way, this issue once more shows, in contradiction to many people’s minds, that the political decision-making on global level is not black-and-white decision-making. Trump now finally has the ability to transform his criticism towards his predecessors regarding foreign policies into own action.