Online, In Line: Cuba’s Internet Liberalisation Only a Small Reason to Celebrate 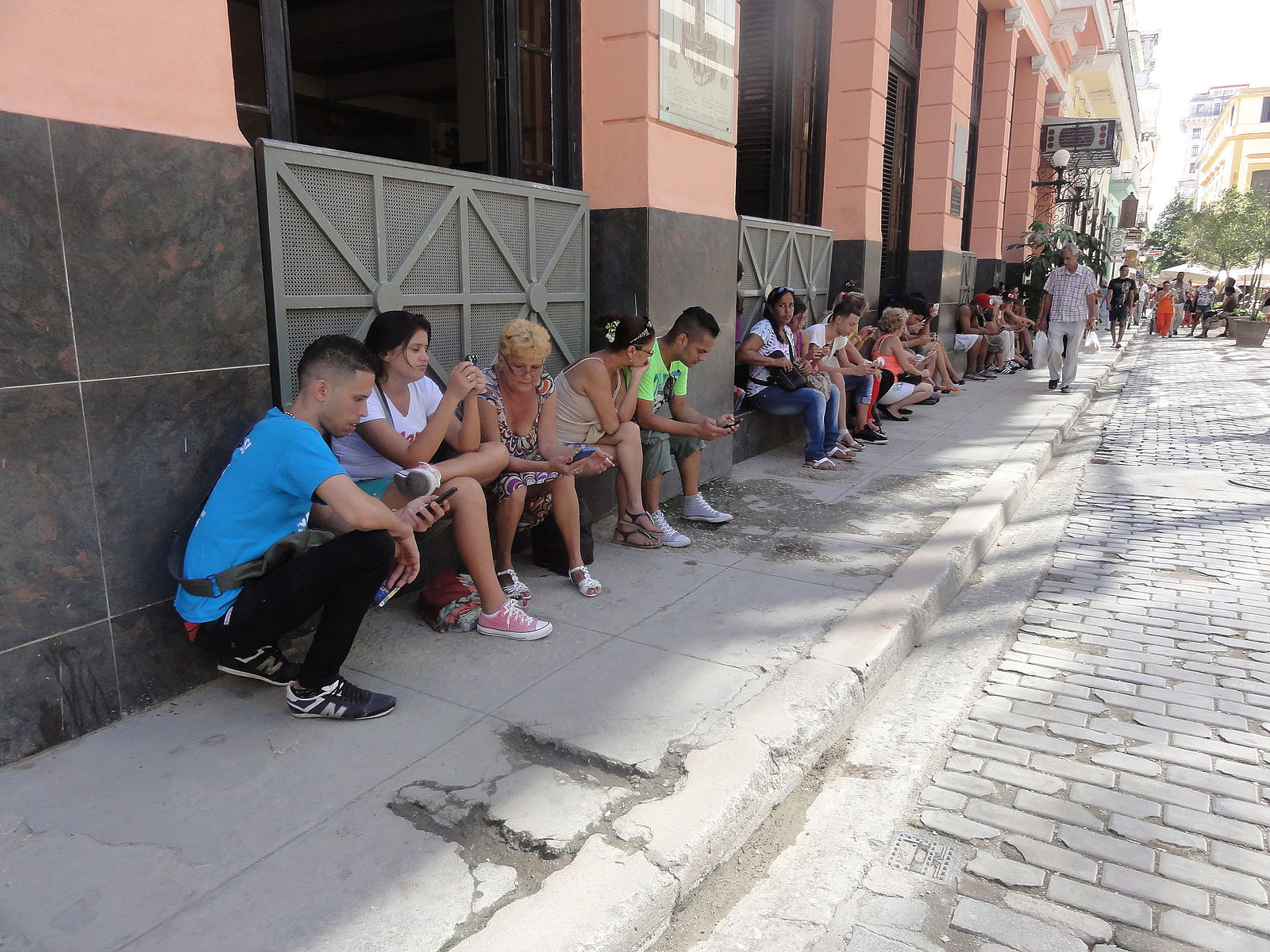 Last Wednesday, Cuba’s Ministry of Communication announced that as of July 29, business owners and citizens of the island nation will be permitted to set up private Wi-Fi networks within the bounds of law. The move comes in light of fulfilling the government’s goal of connecting 50% of the population to the internet by 2020, while gradually decriminalising the widespread practice of setting up illicit receivers that tap into government router signals in Cuban homes. The decision leaves observers optimistic – after all, increased connectivity is sure to yield economic, educational and entertainment benefits. But the Díaz-Canel government’s decision is far from altruistic, with the partial liberalisation of Cuba’s internet likely motivated by economic considerations arising from tightened U.S. restrictions. Likewise, what Cubans access through their networks will remain filtered through a comprehensive censorship system. Cuba may slowly be coming online, but its consumers are likely to be kept, somewhat anticlimactically, in line.

Cuba first connected to the world-wide-web through a 1996 link established with service providers in the U.S. However, economic stagnation and political concerns prevented much of the country from enjoying its benefits, with the restricted connection remaining reserved for government usage and the booming tourism industry. With the 2008 liberalisation of the electronics market, as well as additional connections established with Venezuelan service providers, the 2010s saw a boom of (legal and illegal) connectivity demand. Clearly, Cuba’s Empresa de Telecomunicaciones (ETECSA), the monopolist provider of telecommunications services on the island, had great expectations to fulfil. In 2015, state-run cybercafes and public hotspots began to be opened, while in late 2018, a public 3G network was introduced. This March, ETECSA entered into connectivity development joint-venture talks with Google, though in the light of cooling U.S.-Cuban relations, the future of this partnership is currently unclear.

Havana’s announcement logically complements the connectivity development observed thus far. Small business owners and entrepreneurs, so called Cuentapropistas, will soon be able to access the provided internet connection with ease and without fear of repercussions, improving their competitiveness. Thereby, their revenues may reasonably be expected to rise, aiding in the boosting of an otherwise stagnant economy. Meanwhile, private internet consumers will gain access to broader educational avenues, while benefitting from an enhanced and simplified (albeit still limited) access to information and social media provided by the Cuban internet.

The prospects for Cubans becoming more connected than ever are strong. However, the soon-to-be legalisation of private networks presents few reasons to celebrate. Firstly, ETECSA will remain the sole provider of internet services on the island, meaning that supplied content will continue to rest on the government’s restrictive censorship and filtering system. Hopes for a fairer and more neutral source of information therefore remain unfulfilled. Secondly, the cost of private connection will be excessive. Not only will prospective users require a paid license; ETECSA’s packages also break the ceiling with their high prices (a monthly 600MB package costs an equivalent of $7). In a country with an average monthly wage of $30, only the emerging middle class, constituting approximately 15% of the population, may reasonably carry the burden of such costs, with much of the country’s rural population remaining in the dark. Only a sharing of these networks among multiple households would then serve as a feasible way online. Lastly, the technology permissible under the new law limits long distance connections, ensuring that only small communities and neighbourhoods will be able to share these private networks. Existing (and thus far clandestine) private networks will be heavily charged to continue their operations legally, as they mostly use equipment outside of the government’s permitted definition.

Cuba’s internet liberalisation took a step in the right direction in this Wednesday’s announcement, mirroring the government’s recognition of the importance of connectivity in facilitating the country’s economic and social development. Still, many legal, technological and economic barriers remain in place, meaning that external observers should assess the development with the measured degree of optimism it deserves. Cubans, though increasingly online, are still kept very much in line by the restrictions contained within this seemingly momentous liberalisation of information access. In short, Cuba’s connectivity revolution may slowly be underway, but unlike the country’s other revolutions, its consummation continues to lie in a distant future.

A comprehensive review of the Cuban internet freedom situation:

An article containing further information about the discussed legal development, alongside a consideration of its significance in the broader U.S.-Cuban relations:

A blog about the developments in Cuba’s technology and its related policy implications: