The art of the (no)-deal? – Assessing Trump’s “maximum pressure” strategy in light of the protests in Iran 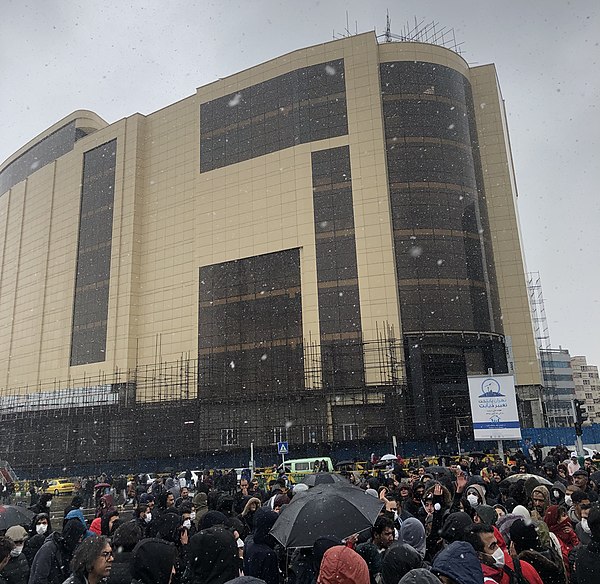 It has been a year since the Trump administration announced its new strategy on Iran, which was met with harsh criticism at the time. While most experts remain critical, some observers revaluated their stance in light of recent uprisings in Iran, claiming the demonstrations are precisely what the US President wants. But can one attribute the protest to Trump’s “maximum pressure” strategy? And if so, can the policy be deemed successful?

In the last couple of days, major protests have been erupting all over Iran after a controversial decision by the government saw a significant shift in petrol prices. The abrupt increase was claimed to benefit the government’s budget to finance social programs, but sparked demonstrations in various cities of the country that were met with significant force by the government. Human rights organizations report of hundreds of protestors that got arrested and gas stations that were stormed and set on fire. A recent report by Amnesty International claims that over a hundred people died as a consequence of the violence.

While the regime claims that the situation is under control, experts and international organizations remain in high alter because the crisis occurred amid an economic downswing that was marked by increasing resentment towards the government. According to the IMF, Iran’s economy is in “severe distress” marked by a 40% inflation rate as well as a significant increase in unemployment. Experts link this development to the hard stance the Trump administration is taking in its relations to Teheran.

The deterioration of relations began a year ago when Washington withdrew from the Iran nuclear deal and adopted a new strategy to force the Middle Eastern country to the negotiating table and make significant concessions on the regime’s nuclear ambitions. While most observers claim that the policies further destabilise the region and make a war between the two countries more likely, analysts have recently been suggesting that the economic sanctions limit the regime’s options and force Teheran to negotiate with Washington. The protest would, according to these experts, be the symptom of the economic grip the US established on Iran. But can the protest be regarded as a success?

The evaluation depends on how one looks at the protests and the intentions of Washington. While increasing economic hardship could push Iran towards the negotiating table, some observers point out that this may not be the goal of the Trump administration.

One factor that draws experts to this conclusion is the name John Bolton: The ex-security adviser to the White House that was the driving force behind the drafting of the strategy that is now in place. The adviser was particularly vocal about sanctions on Iran, not ruling a supported regime change out as an option to cope with what he deemed a destabilizing factor in the region. Following this line of thought, the protest could be interpreted as the beginning of what Bolton planed for with people taking their anger to the streets and toppling a regime at odds with US interests in the region.

While remaining an option, in theory, experts deem this scenario somewhat unlikely and risky in practice. Concerning the Middle East, it is hard to ignore America’s track record of stabilizing the region through meddling in internal power struggles. More likely aggressive American rhetoric or action could backfire and destroy the basis for negotiations as well as proof hardliners right and motivate further repression in Iran. A possibility that is fuelled by recent comments of the regime that deem the protest an act of “sabotage” that was staged by foreign influences, thus trying to delegitimize the protestors in their struggle for change and blaming violence on the US.

With Trump in the White House, it has become rather difficult to assess Washington’s strategy regarding foreign policy. Although his stance on Teheran remains the most consistent in his time in office, it is also true that he recently released Bolton, the chief architect of this policy, from his duties. Even without Bolton, relations between Iran and the US remain difficult and very unpredictable. Regardless of the outcome of the power poker between Washington and Teheran, the people in Iran will be the ones affected. So while Donald Trump’s deal-making approach to diplomacy may have stirred some resentment towards the government, it also bears significant risks for the Iranian people and the stability of the region.