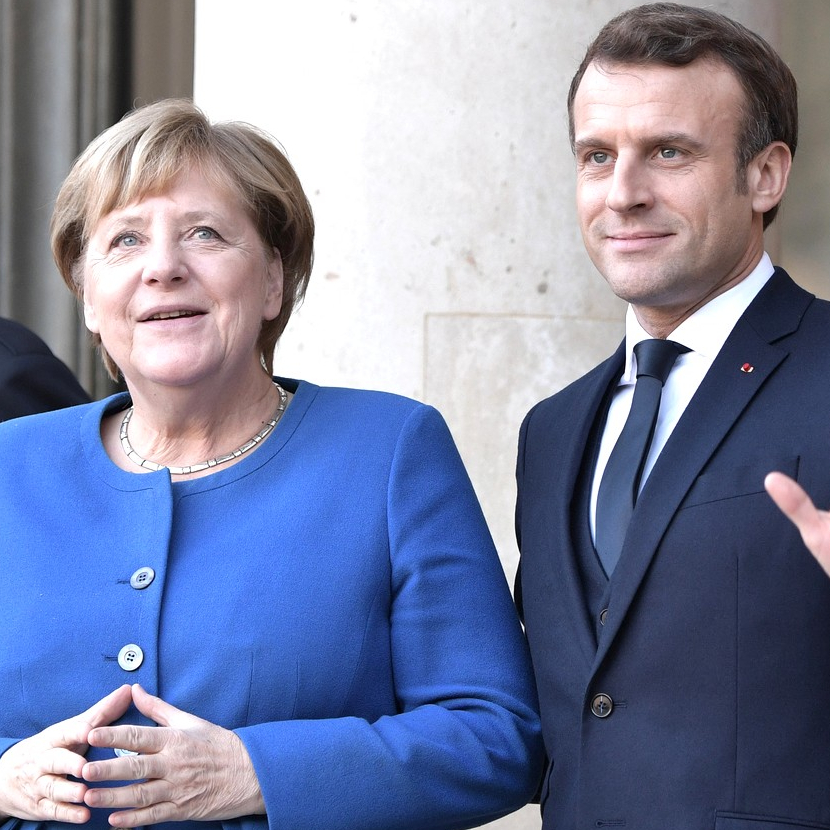 How does an idea, project, son of a war,

And a Schuman, dropped in the middle of a forgotten spot

In Brussels by providence impoverished

In squalor, grow up to be a deeper integration and a fiscal union?

While some Euro-enthusiasts may already be busy adopting the latest movement regarding European integration into musical form, one should probably be careful not to prematurely celebrate what is already dubbed a European “Hamilton moment.” The moment that sparked the historical comparison to the formation of the United States of America was the 500bn euro European coronavirus recovery fund proposed by Germany and France this week.

The fund that was proposed would see the European Commission stepping in to borrow money from capital markets to support EU members through grants instead of loans. This proposal is widely regarded as historic as it sees Paris and Berlin agree on the idea of more collective risk-sharing within the Union for the first time. Especially for Germany, the agreement to 500bn euros of shared EU debt came to many as a surprise this week. While some people consider this development a mere reluctant response to increasing pressure regarding the lack of European solidarity in the face of the coronavirus pandemic, others deem it a massive step towards deeper integration in the shape of a European fiscal union. Before considering if this is an outstanding development, however, one needs to understand the conversation about the need for a fiscal union in the first place.

The idea of a fiscal union is by many people regarded as the next consequential step from a current economic and monetary union. This step would constitute a move from a common currency and monetary policy (EMU) towards more integration in yet unharmonized areas such as a common tax system, and a harmonized approach to fiscal stimulation. While many politicians and experts are sceptical of the proposition, some economists and political scientists have been advocates of the idea. They even suggest that the incomplete nature of the EMU was one of the main causes of the Eurozone crisis.

In their “Failing Forward” approach, for instance, Jones, Keleman, and Meunier counted insufficient coordination of fiscal policies and a lack of mechanisms to facilitate macroeconomic adjustment as apparent shortcomings that hindered an efficient collective response to the Eurozone crisis. Looking at their criticism, it becomes quite evident that the deficiencies of the current system are not being addressed by the proposal put forward by France and Germany.

Although German finance minister Olaf Scholz did not shy away from referring to Hamilton and his role in unifying the American states economically and symbolically through a generalization of their debt after the war of independence, the current proposal noticeably lacks the substance for said comparison. Rather the new development constitutes a response to current needs that brought movement into the previously deadlocked debate about the idea of Euro-bonds.

Still, the temporal limitation, concerns over the insufficient size of the program, as well as the prospect that the Franco-German proposition will most likely even be watered down, do not contribute towards following the historical comparison. Particularly, the latter will most likely be a real obstacle for the idea since states like Austria, the Netherlands, Denmark, and Sweden made clear their preference for loan-based help for individual countries rather than anything closely resembling condition-free joint debt.

Another crucial aspect that challenges the comparison and the implications for a fiscal union is the lack of coordinated fiscal governance that was one of the main criticisms brought forward by the “Failing Forward” approach. Notably, the idea proposed does not address a conferring of taxation powers to Brussels, nor does it tackle the need for centralised spending power that would be inherent to a fiscal union. Thus, the proposal by Germany and France does not offer a road map for structural changes since it still relies on hybrid fiscal governance and seems to be focused on the single issue at hand rather than changing systemic shortcomings.

The debate surrounding this week’s proposition shows that the gap between supranational ambitions and legitimate intergovernmental concerns is still wide open within the Union. Although the German-French proposal is undoubtedly an interesting development within European economic policy and a much-needed signal of solidarity in times of the coronavirus pandemic, the economic impact and the nature of the proposal should not be overinterpreted. Similarly, the framing of the proposal as a European “Hamilton moment” constitutes perhaps more a symbolic performance than an adequate comparison.