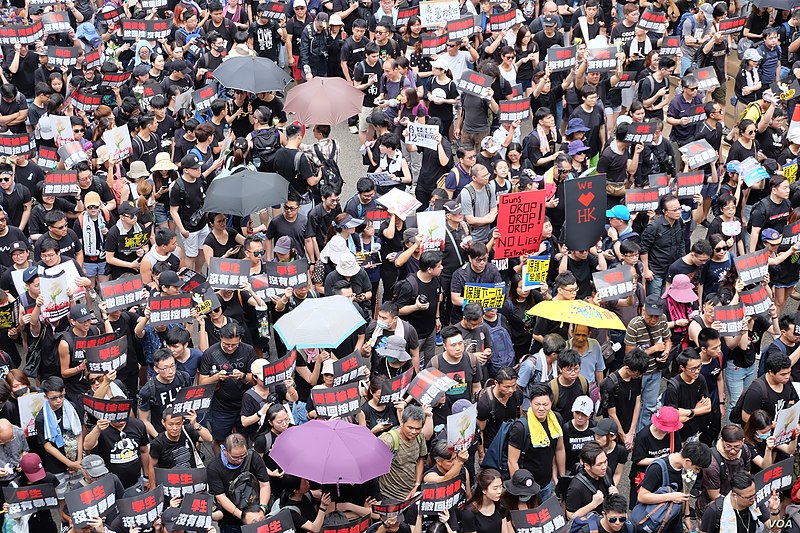 Almost a year ago, protests against a Chinese bill allowing criminal suspects to be extradited from the Hong Kong territory to Chinese territory escalated, leading to a period of political turmoil and global.  Though time has passed and other crises have emerged, the topic is still relevant, particularly given the fact that the protests are returning.

This re-emergence has occurred because the Chinese government passed a new law meant to combat various threats to the state including secession, terrorism, and subversion of state power. It will also allow for Chinese security agencies to operate openly in Hong Kong, thereby extending their jurisdiction. While the Chinese government insists that this is necessary in order to combat the protests, others are worried that it will have a negative influence on Hong Kong’s freedom. The ‘one country, two systems’ policy agreed upon when Hong Kong was transferred back to China from the United Kingdom is slowly being exchanged for one that further integrates the special administrative region into the system that governs the rest of the country, as is demonstrated by laws and bills making the Chinese government a larger authority. The most recent law is an example of this, and it reignited the protests, leading people to meet up and take to the streets in spite of the government’s warnings concerning social distancing in the light of the coronavirus crisis.

One of these protests was held in relation to what is by now a long-standing tradition in Hong Kong: the commemoration for the Tiananmen Square Massacre. The commemoration had been banned this year because of the coronavirus since China currently has limited gatherings to eight people or less. Still, this did not stop people from meeting up on June 4th in Victoria Park, both in remembrance of the massacre and to protest against the government. The protesters therefore delve into their history as they argue for their rights to not be violated.

Some countries have voiced their disagreement with the Chinese government’s actions regarding the newly passed law. The criticism is being spearheaded by the United States, the United Kingdom, Canada, and Australia, all of whom argued in a joint statement that the law is undermining the ‘one country, two systems’ framework and lies in direct conflict with China’s obligations to Hong Kong. The United Kingdom even went so far as to offer Hong Kong citizens a path to British citizenship if the law is carried through.

Overall, it may not seem like there has been much progress since the protests started last year, as none of the protesters’ demands have been met as of yet. The focus now seems to be more on preserving the democratic freedom that has become a part of the Hong Kong identity; Compared to before the coronavirus crisis, there are more demands from the protesters for an independent Hong Kong, though few see this as a realistic outcome in the foreseeable future. Another goal is to bring awareness to the aforementioned issues, which has succeeded as other countries around the world are giving their opinions and offering solutions to the people of Hong Kong. How the situation will look years from now is uncertain, though it currently looks like the protesters are far from giving up.