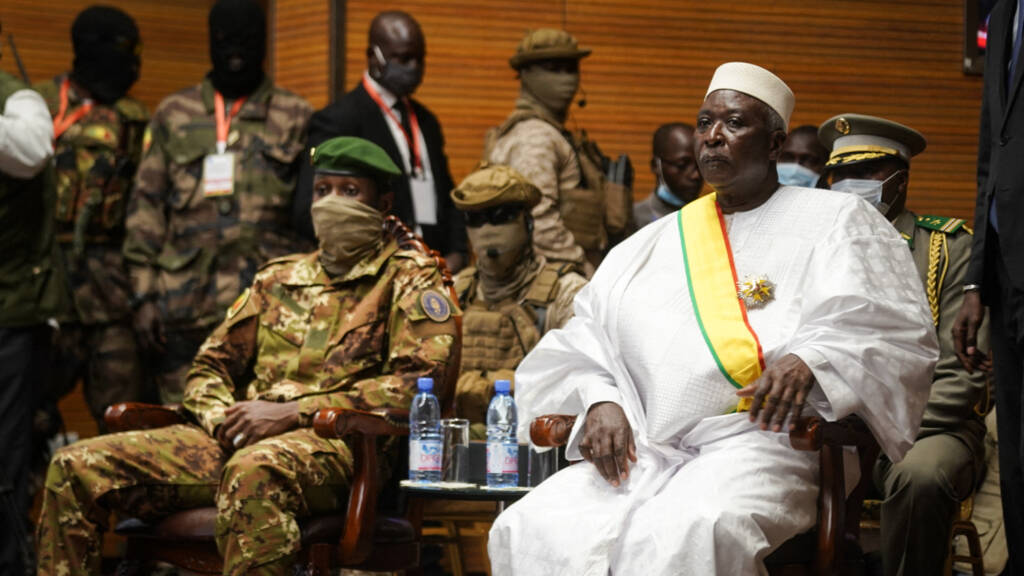 A country with a very tumultuous past is Mali. This West African country has a history of colonisation, wars and terrorism. This week, after a relatively calm period, the commotion flared up again, when the president Ndaw and prime-minister Ouane of the interim-government were arrested and brought to a military base. The reason for this, according to Goita, the vice-president, is that Ndaw and Ouane decided to remove two ministers from the government. These ministers both held high positions in the military. The military holds strong power in the government since the coup of 2012.  The vice-president Goita is also part of the military and he let a coup in 2020, which brought him a lot of power. Goita stated the decision to remove the two ministers was not discussed with him, which violated the arrangement between the president and vice-president.

In the past century, Mali has had a lot of experience with coups. In 2012 was the first coup of the 2000s, where the Comité National pour la Restauration de la Démocratie et la République removed the president from office. Subsequently, the president resigned and the military took charge in the country. They executed the coup by attacking several buildings in the capital city of Mali, Bamako. After the president had resigned, an interim-government was established, which would have to organize new elections. However, the chaotic state of the country was profitable for jihadist groups, who used this to conquer a great part of Mali. At some point, the French army had to intervene to stop the uprise of jihadist groups, but until now several of these groups still hold power in various areas in Mali. In 2020, another coup occurred. The military assaulted the city Kati and they arrested several high officers, among which the president Keïta and prime-minister Cissé. Similar to what happened in 2012, the president resigned and military leader Goita took charge. In September 2020, Ndaw and Ouane were established as president and prime-minister in the interim-government and their task was to organize free elections in a year. However, a similar pattern has occurred where the president and prime-minister are arrested and the military grabs the power. After the coup in 2020, the military promised a democratic government, but they wanted to form this “democratic” government themselves. This led to a lot of opposition and eventually it came to a compromise: the government was going to be formed by a mix of people in- and outside of the military. The military, however, still held a great deal of the power in the government. On Wednesday, the news was spread that the president had dismissed his prime-minister and that he afterwards resigned himself. This meant the two of them were going to be set free and indeed, on Thursday the president and prime-minister were released from the military base.

Mali has been plagued by several jihadist groups, such as Al Qaeda and IS, ever since the instability in 2012. These two groups are mainly active in the Northern parts of Mali, but if the country would fall into chaos again, there is a great possibility these groups will see opportunities to increase their influence. Even though several countries have sent troops to Mali to counter the terrorism, there have been various terrorist attacks. Since 2012 about 70,000 people have fled their homes in the Northern region, where these groups hold the most power. People in small towns are addressed by jihadists to fight for justice of their faith and they are offered a payment for it. Poor people will easily get tangled up in this kind of network. Time will tell what is going to happen to Mali, the government and the promised democratic elections, now that the military has seized power and Goita has declared himself to be the president.